It's been a fair few months since I've made it out on one of the Sussex Wildlife Trust walks [something to do with dancing and TYM's Bangladeshi adventures methinks]. Mythago were dancing, but we all miss a gig once in a while.

If you were to describe the archetypal West Sussex village Lurgashall would be it....a small village store, cricket on the green, a pub and a church. 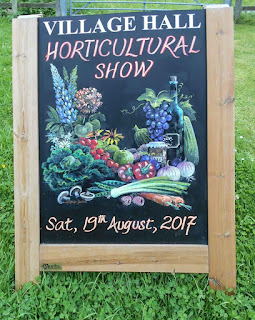 Yes your eyes are not deceiving you...those skies really are blue and after some of the shockers we've had this past week, it remained sunny and pleasantly warm I am delighted to report. Just as well for I am but a fairweather walker....heavy persistent rain and Aril...never the twain shall mix...well at least not if I have anything to do with it. I should think the farmers were heaving a sigh of relief....there was much activity going on in the surrounding fields as we pressed on. 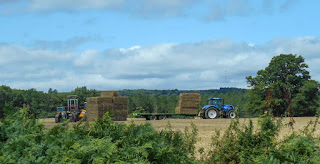 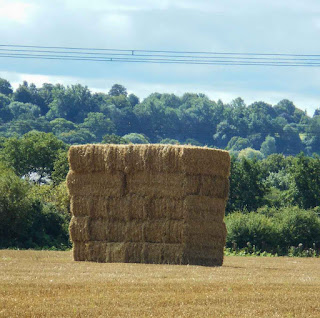 I so hope that this is their farm...I would love to know how it got its name. The explanation is probably a great deal more mundane than the theories my febrile imagination has come up with so far! 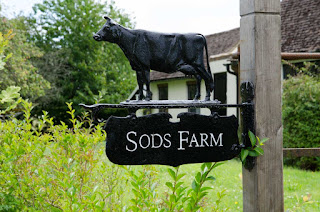 Crossing a couple of yards this little lot seemed equally pleased with the return to Summer. 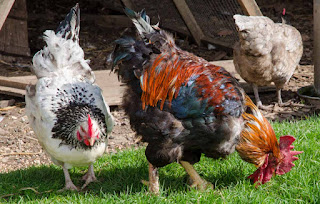 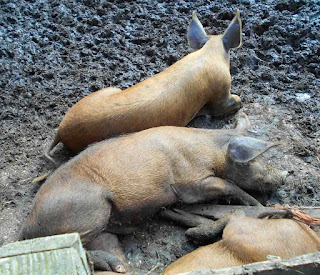 The subtle changeover between the seasons is now there in the ripening berries and the flowers going to seed. There was though still much to see and enjoy including Red Kites flying overhead and dragonflies and hawkers on the wing skimming the tops of the hedge line. Many evaded our photographic attempts, but we did capture a few images to share. The ones which I've detailed are a first identification for me. 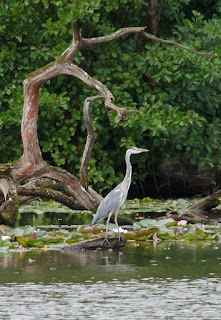 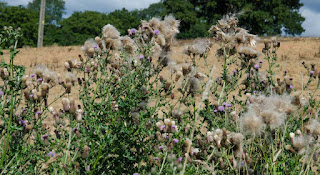 I can't tell you how long I was trying to work out what the difference between a Large White and a Cabbage White was...I now know it's one and the same! 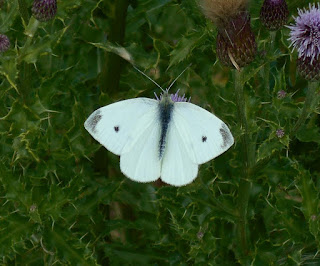 Brimstone Butterfly....it wasn't going to stop with its wings open for anyone! 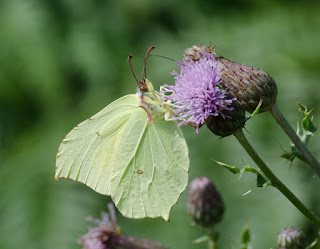 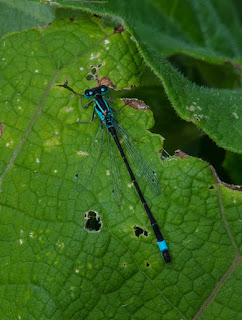 Traveller's Rest...had you shown me this in the Winter I could have told you it was Old Man's Beard, but I've never noticed the flowers before. 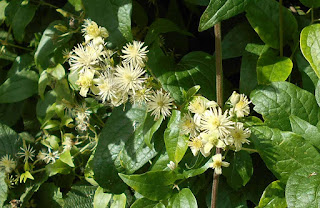 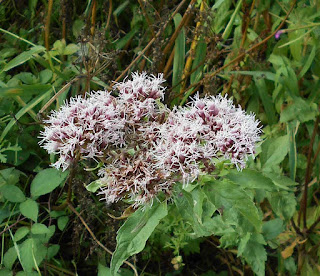 All rounded off by a most welcome pint in the pub!