Welcome to my world!

Rather than writing shed loads I thought I'd just pick up my camera at a couple of points during the day to capture a flavour of my Tuesday. I tend not to see the recycled/thrifty aspect to my life, but these images are true to what is typical for me. Evidently I live the gnat bottomed side more to the full than I'd realised!

With no tumble drier and a fine day I was always going to dash out and shove the washing on the line...I have spared you the sight of TYM's undercrackers by turning the drier round! 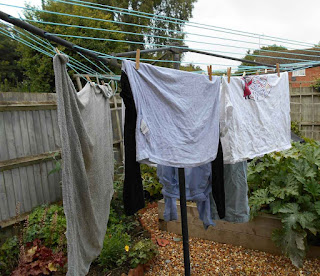 We have had a succession of coffee makers and cafetieres courtesy of a local charity shop over the years [I buy my ground coffee from £land and we enjoy a cup with our breakfast and supper]. In the end either the glass pot breaks or like last time the machine started to leak. It went into the appropriate recycling skip at the tip, but I was left with the filter which was now surplus to requirement. Eventually I sussed that it was perfect for capturing the used grounds from the new- to -us cafetiere to add to the compost heap. 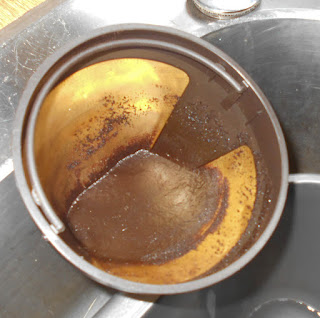 Today's gleanings. Apples, raspberries and another courgette. I think the courgettes are beginning to slow down now. I've made four batches of pasta sauce and a friend has given me this recipe for courgette and lemon cake so that's in the pipeline https://www.nationaltrust.org.uk/montacute-house/recipes/lemon-courgette-cake I've read that you can make wine from them, but am not overly keen if I'm being honest. What I have instead is a fantastically keen courgette eater next door...our lovely neighbour has made it very clear that she'll happily take as many as we've got spare...three lots have gone her way already! 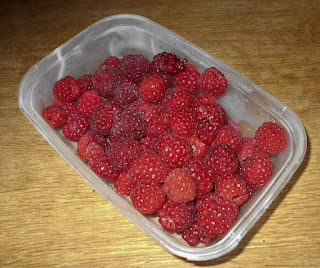 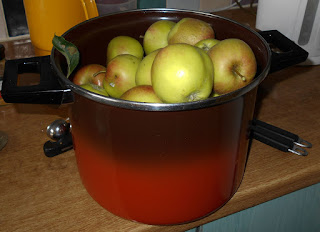 Foraged blackberries are now bubbling away in the demijohn on the right hand side. The other two contain parsnip and ginger. All our gear has come either as gifts, freecycle or from a bootsale. As you can see it's seen some heavy use over the last few seasons! 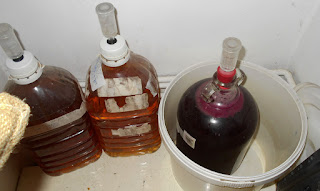 Normally I'm to be found rummaging about on the shelves, fridges or green plastic crates in the supermarket sniffing out yellow stickered goodies. Of late though there has been not even a square inch in which to stash my treasure in our three drawer freezer. Further investigation has revealed that we had 10lb of home grown raspberries in there [and still they come!]. Mr GBT couldn't resist the lure of a hot date with his wife...both sweating over the preserving pan making jam😋 I've sneakily turned round the jars so you can't see the ratty old labels which I can't be bothered to remove. Such a slattern....I'm never going to be the next Martha Stewart am I now! We're now left with 5lb of fruit, so it's been earmarked for our first foray into raspberry vino making. 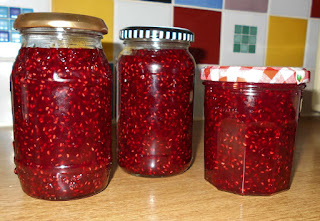 Despite this lack of space fear not for I have still struck gold....I could have paid £2.85 for these or the £1.43 I did pay. The packaging on these had been damaged so they were not allowed to be sold separately. I invested in 5 lots as tuna is a regular on our menu. It's curried tuna puffs for tea tonight! 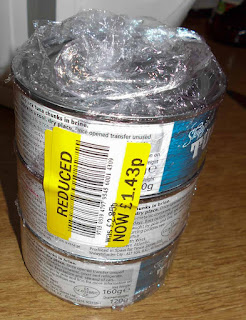 What else has kept me entertained beyond paid employment then? Sorting of the latest lot of Terracycle bits...the boxes I had kept from previous occasions and they will be sent off later on in the week to raise money for charity. TYM has mucked out the room of doom and produced this heap of clothes. Those that are only good for ragging have been dealt with appropriately, buttons removed and surplus fabric will go to be recycled. The remaining stuff has been laundered and is being dropped off with a friend who collects for a small charity. I am rather disillusioned by the big business approach of some of the more well known High Street charity shops and prefer to donate where I'm sure that good quality stuff will really help those who need it most. 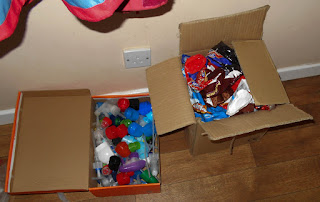 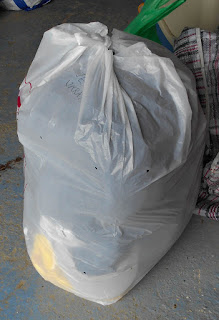 Finally I am starting another craft project. The table legs I hope to make a frame from and the stars and hearts some sort of folk art mobile/hanging. Ideas are swirling  in my head and it's emerging slowly from the mist. All materials have been culled from ex clothes which would have come to me via the used channels. 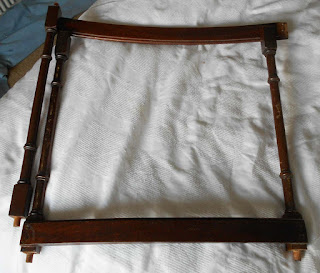 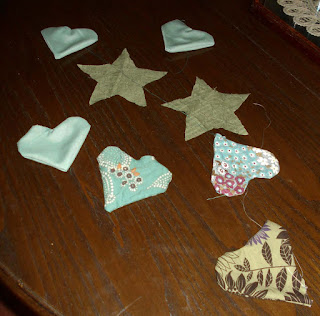 I have, of course, completely failed and as usual written shed loads!