Unusually for me I haven't strayed far from home this weekend. Other than out to the village up the road for supper with friends on Saturday, everything's been done on good old Shank's Pony. However, as is usual for me, I didn't stay in the whole time...instead I decided to see what delights our little town had to offer us for my favourite price of free! A walk led by the Horsham Society allowed me to make some new historical discoveries [photos in a later post basically when I go back out and take 'em!] yesterday and a nose around our museum on Saturday.

Horsham Museum is a good 'un. It's like a tardis...it looks small from the outside, but goes back a loooong way once you get inside. It has an imaginative rolling programme of up to three exhibitions running at any time and many of them are of personal interest to me. They might be only single room jobbies, but they are packed with info.

Downstairs they're currently showing antique bears. There's something just so much more endearing about the older ones. There's a charm to them I don't find in their brasher, cutsier modern day counterparts.

I took lots of images, but this one stood out especially because of the colour. From the info provided a red ted is unusual. 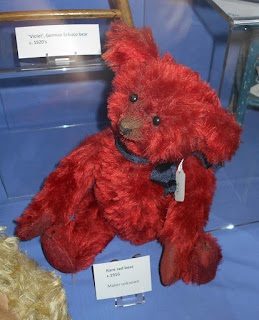 My other intended quarry was the current "Blue Moon" clothing display....it's a personal favourite colour of mine and I really appreciated the gorgeous hit of it in all its variations. I was fascinated to learn that "feeling blue" derives from the sailing ships. When a captain died at sea a blue flag was flown on the return to port. 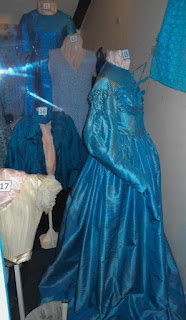 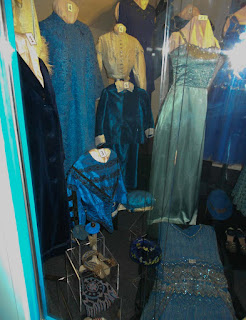 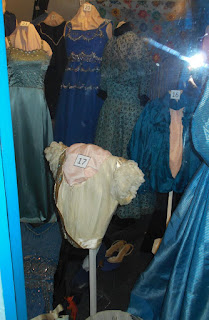