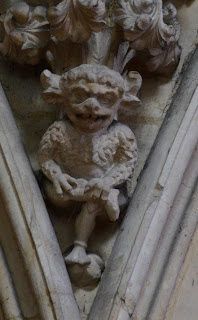 Many people will recognise the fellow in the photo above as the Lincoln Imp I'm sure [except me who had never heard of him until I went to Lincoln itself!], but how about this chap....the Chester Imp? 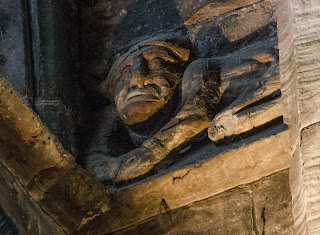 The legend goes that this medieval representation of a chained devil was added to the cathedral after a monk spotted Satan peering in through the window. This was intended as a stark reminder for the cloven footed one of what would befall him if he dared to enter the sacred space of the House of God.

The carving is way up in the cathedral and quite a pickle to photograph I can tell ye...thank goodness for dear old Mr GBT and his long lens! There was much excitement in the press back in 2015 when it was apparently "discovered" by a drone which was used as part of the "Chester Unlocked" project. However, much as I hate to be one to put a bit of a dampener on things and imply that the papers may not quite have reported the facts accurately [never been known!], the image was already known. However, this was the first time it had been seen at close quarters. Now it's uplit and easier to see with the naked eye.

Its new found fame spawned a Chester Imp Trail in which 25 imps [there are five styles], made by the artist Eoghan Bridge, were mounted upon different buildings around the city centre. Sadly the company behind it is no more and the information about where they are all sited has been lost. There's now a Facebook page called "The Lost Chester Imp Trail" dedicated to finding them all again so if you spot one or know where any of them are they'd be delighted to hear from you. Let me leave you with a couple of photos of the ones which have been relocated. I shall have to keep my eyes peeled if I visit again! 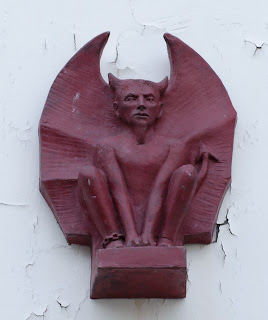 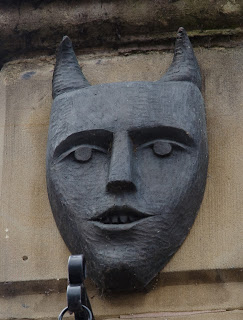 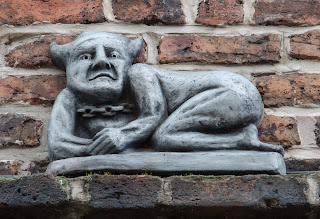 This is the first set of photos from our mini break last week. Hopefully a couple more posts to follow in the week as I sort through the images.