I think it only fair to pre-warn you that the content today is going to be rather rude and I have no wish to offend people. 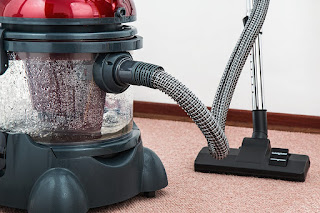 There was never a plan to become a housesparkling elf nor develop opinions on the merits of different vacuum cleaners, but after six years of cleaning other people's homes that's where I'm at these days! These thoughts I will keep to myself bar the winner in the jolliest category goes to....drum roll....

Henry Hoover. That open smiley face does add a bit more fun to the task and things have moved on apace since he was joined by George [green], Charles [blue], James [yellow] and Hetty [pink]. They are all designed for different jobs I understand, but I've only used the little red fella. They're certainly sturdy little workhorses I'll give them that and seem pretty reliable. A friend's builder husband swears by them for their toughness and he certainly puts his through its paces.

Recently I have had an epiphany and have come to view the Henry Hoover in a whole new light....last week we saw the Circus of Horrors and hilariously one features in a rather risque act involving the dwarf Captain Dan the Demon. I'll certainly say it was a first for me [indeed I could safely say that about the whole never to be forgotten evening] and his "act" went off without incident. Apparently though this has not always been the case if this story from 2007 is anything to go by https://www.dailymail.co.uk/news/article-476560/Dwarf-rushed-hospital-gluing-penis-hoover.html I would have so loved to have been a fly on the wall listening to him trying to convince the hospital staff that his accident really was the result of a circus act. I note that this particular performance did not feature on their 2011 audition for Britain's Got Talent.

.....as for me I had to suppress a small titter when faced with a Henry Hoover at my client's home on Thursday!! Life will never be quite the same.