Or perhaps I should rephrase that....a birthday with ruins. As we were in the vicinity, I thought it would be worth poking our noses around the ruins of Waverley Abbey.  It was founded by William Gifford [the then Bishop of Winchester] in 1128 and was the first Cistercian house to be set up in this country. Now it's in the hands of English Heritage, but is free to visit. It sits nestled in a bend of the River Wey. 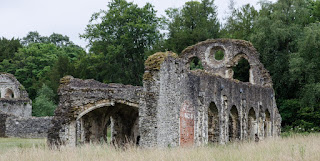 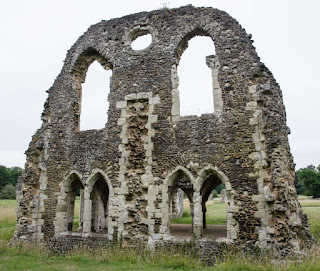 I was drawn to this beautiful ancient yew with its complicated lattice of roots....amazingly they've grown over the abbey remains on one side! 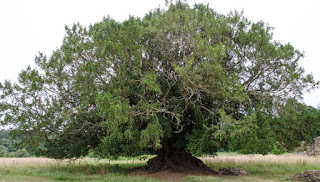 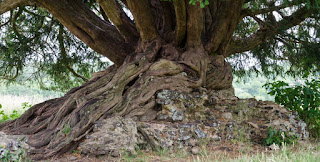 This little sortie was a little added extra to the main planned event of the day. Mr GBT had a thoroughly enjoyable birthday topped off with a meal with family members and a homemade chocolate cake of his choice made by moi. Was a hopeless blogger and failed to take a photo...we all dived in far too fast for that!!