Chester is a city that is littered with history....everywhere you turn there is something to admire whether it be Roman, Medieval, Industrial...the list goes on. This handful of shots was taken in a relatively small area as we ambled about.
TYM's former house is a Victorian terrace property on one of many interlinking roads of the same period.  I watched a series recently about the corner shops and it said at this time there would literally have been a shop on every corner and these ghost signs are evidence of this. Even where they no longer stand you see the shadow of the shops in how they have been converted from retail into domestic dwellings. 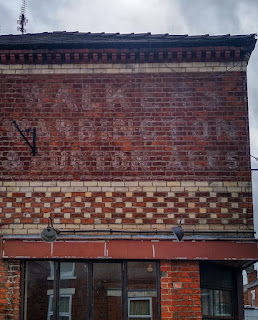 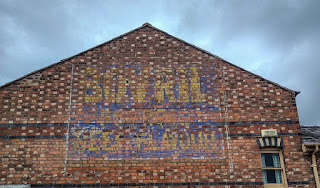 If you a canal enthusiast then Chester is like manna from heaven....it has it all including the Northgate staircase locks which run in succession. There's a set of instructions of dos and don'ts on an accompanying sign and I'm pretty sure that it would be a good idea to follow them if you don't want to get yourself in a pickle! 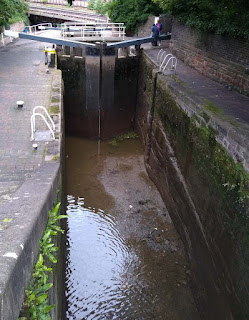 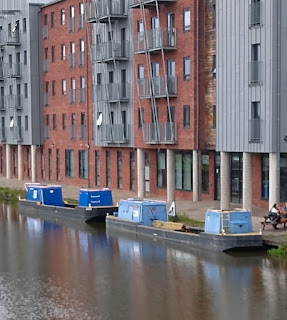 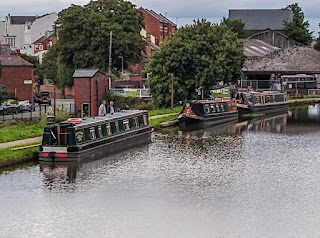 One street in particular had some rather nice door furniture which I felt the need to stop and admire...this need was not shared by the chaps as they stood by with pained expressions waiting for me to get a move on! I am guessing that you wouldn't have much trouble finding where I lived if I told you mine was the house with the pink or orange front door. It works much the same way in Horsham for me with having a scarlet door! 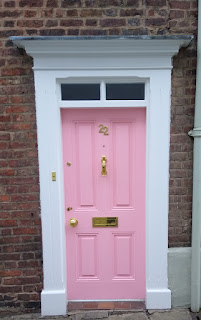 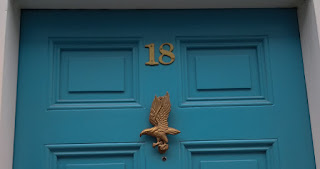 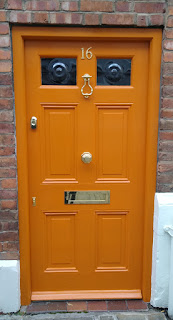 With this modern sculpture by Colin Spofforth to round it all off....Captain Morgan's cannon. Morgan was commander of King Charles I's artillery during the Civil War. Although most of the surrounding countryside was anti Royalist Chester remained pro the monarch. From February 1645 to January 1646 it was held under siege. With the inhabitants facing starvation it was eventually forced to surrender to the Parliamentarians and the broken cannon commemorates this defeat. 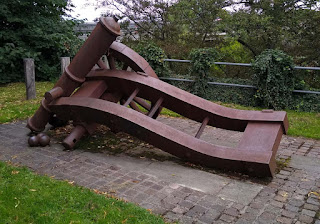 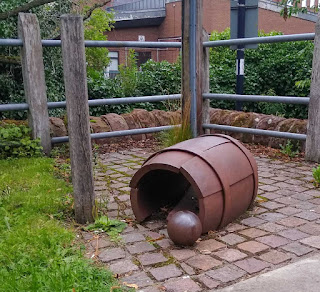 With our stroll complete we retired to the hotel bar to enjoy a few ales and relax after a long day. It's rather pleasant when you have offspring old enough to buy their aged parents a drink and supper by way of a thank you!!
Arilx
at July 31, 2020