I was "going to" write a post and share my top 10 sculptures from my outing at the weekend, but then real life got in the way and I jumped at the chance to join my pal, Ice Badger, for an evening's exploration along the local Wey and Arun canal instead. I'll get back to my intended content later on this week!

We last visited a year ago and although we started from the same point we went in the opposite direction this time. The army of volunteers has been incredibly productive as they continue to build new locks and bridges as part of their longterm goal to reopen the waterway. The restoration started in 1970 and every season sees them get another step closer to their final goal. 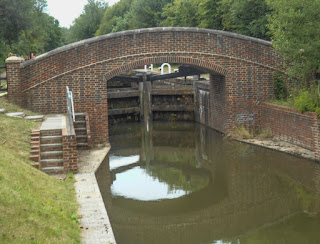 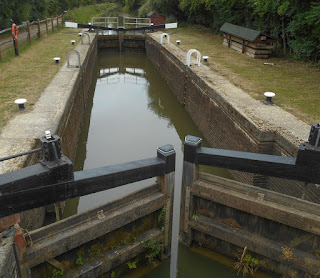 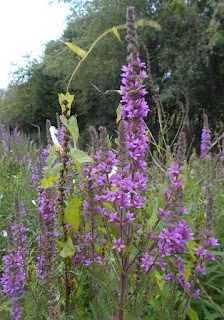 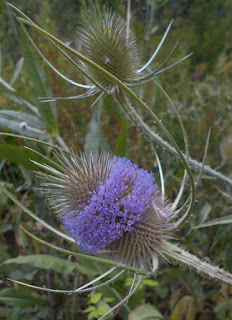 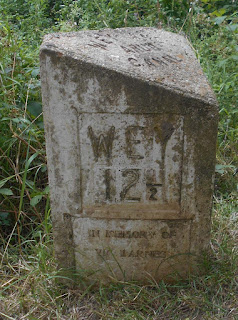 Ice Badger explained to me [I know nowt about boats, but her parents owned their own narrow boat when she was younger] that the table is made from old metal paddles which are pulled up and down to let the water flow] and the bench is repurposed from the wooden lock gates. 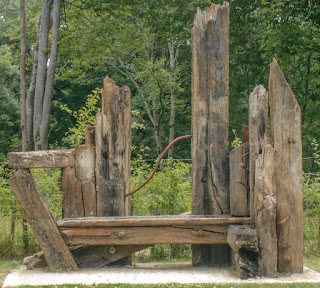 By my reckoning those might be common red soldier beetles making whoopee! 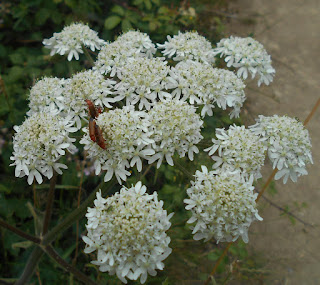 This memorial is one of many along the route. I believe that the rather unfamiliar wording is intended to be amusing nonsense, but Keith was a highly valued volunteer and made a very significant personal contribution with his hedge laying skills. 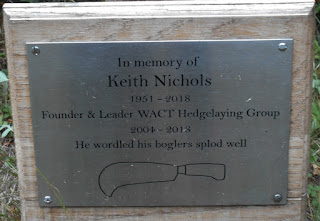