Huzzah the weather broke and the sun shone as we made it across the Surrey Sussex border safely to our intended destination of Cranleigh....

As one might expect when us ladies get together there was a great deal of gossipping, perusing of retail outlets [some goodly charity shop bargains for us both] along with tea and buns. Now my chums are very tolerant of my slightly idiosyncratic ways and thankfully, some seem to share my slightly strange love of exploring churches and churchyards....

St Nicholas is a 12th century church with several later additions. It underwent an extensive restoration programme after it suffered severe damage from a flying bomb in August 1944 which took out many of its stained glass windows. As a direct result of this the interior of the church is much lighter than you would expect for a church of its age.

The churchyard boasts a marvellous selection of different styles of gravestones including some interesting shaped iron ones and a wooden bed head marker which I saw but doesn't make a very thrilling photo somehow! I loved the way the moss was growing on the last one. 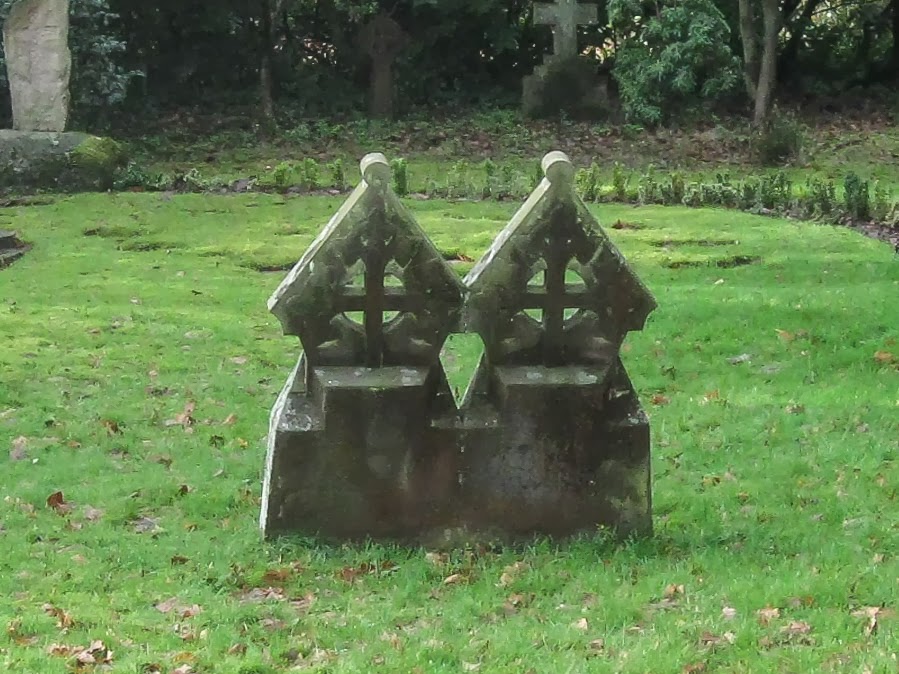 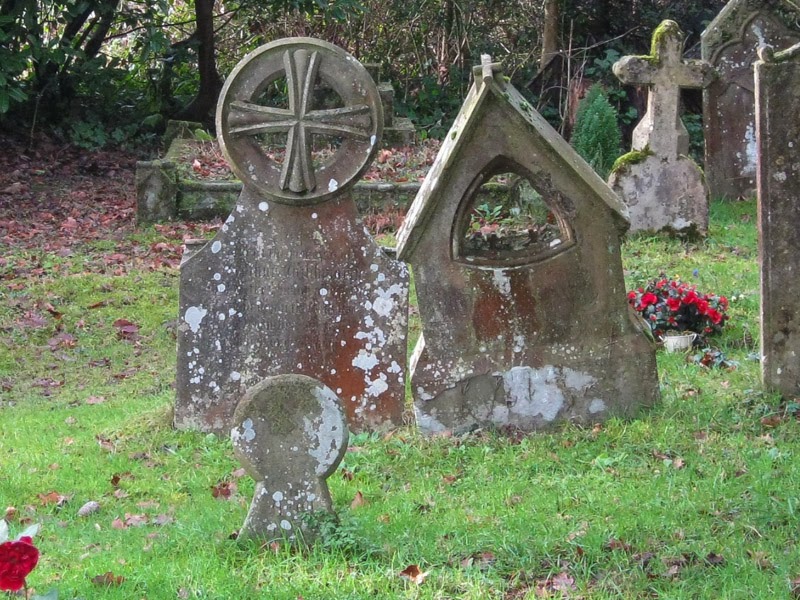 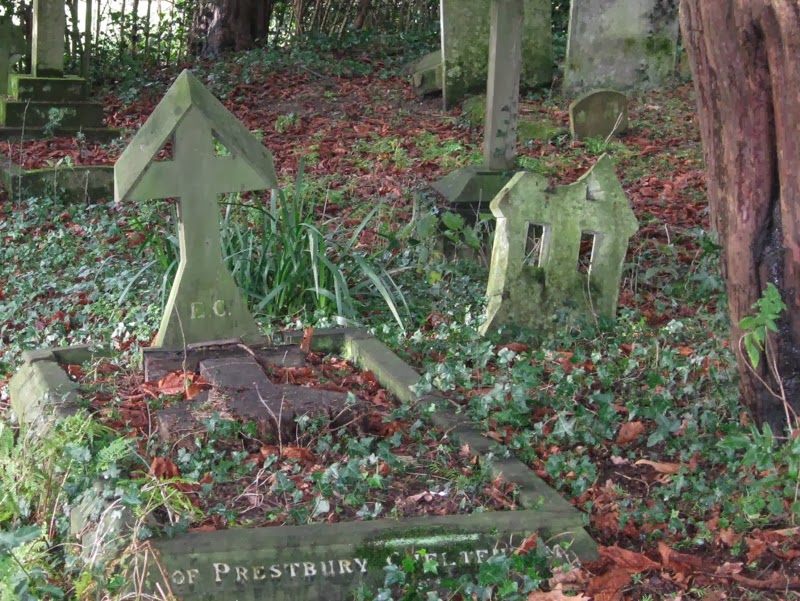 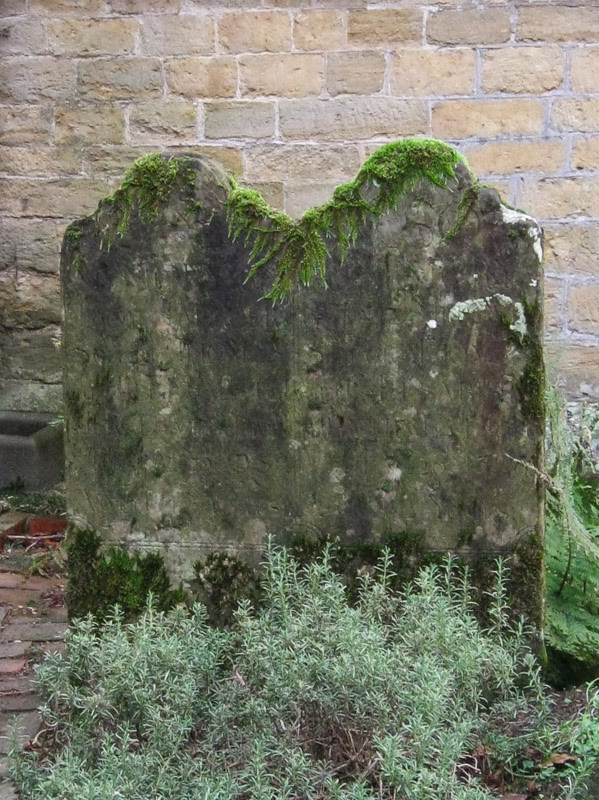 Inside it's an attractive church [although not quite gloomy enough or musty smelling for my liking!] with a stunning hammer beam roof 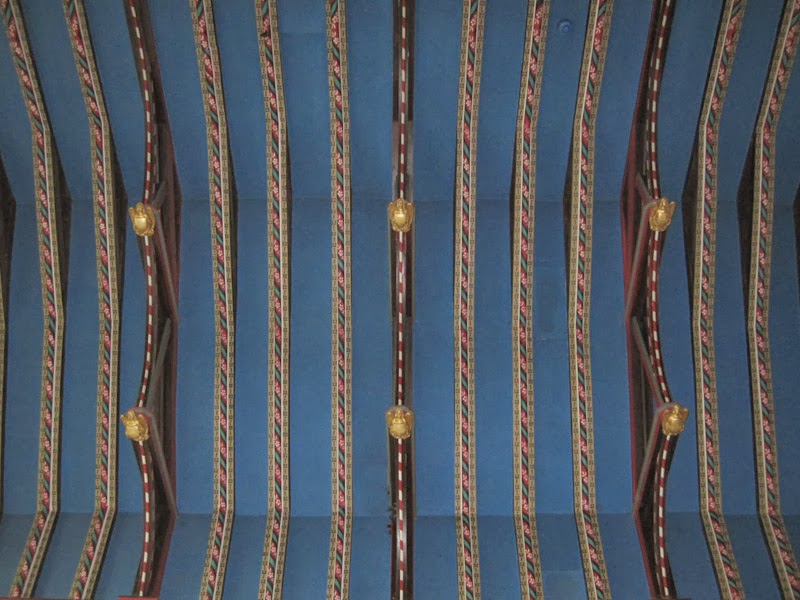 The wall hanging is called "From Darkness To Light" and was designed by Lucinda Johnson and her team. It's made from different fabrics- unfortunately my Janet and John photo does not do it justice.

As for this chap he's a 12th century carving and is known as "The Cheshire Cat"- rumour has it that he inspired Lewis Carroll. This was actually why I had wanted to visit and he didn't disappoint! 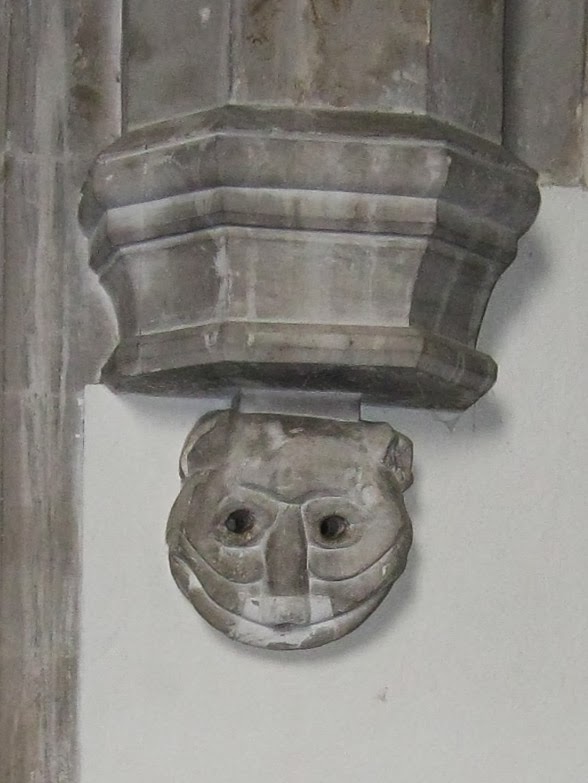 Some things don't change from generation to generation examples here being graffiti and recycling. The old broken gravestones had been given a new lease of life as paving slabs in the floor of the lychgate. 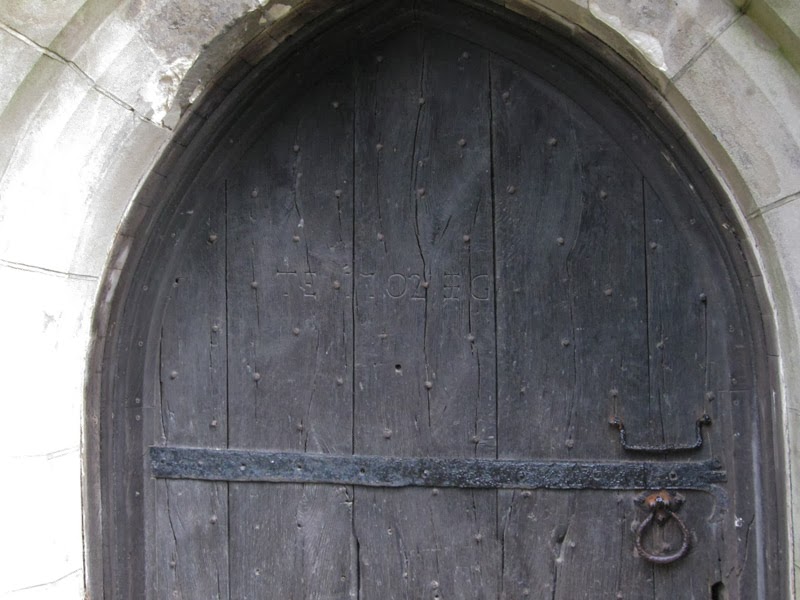