Stalking In The Local Deer Park.

Mr GBT has been tootling around today in the metal box with a wheel at each corner running some errands- he deliberately took the camera as he knew his route would take him past the deer park that is virtually on our doorstep. I thought it would make a change to see deer at this time of year when they still look magnificent but are rather tattier than in their prime during the rutting season. The first fellow has broken his antler and has his new ones just starting to grow through. 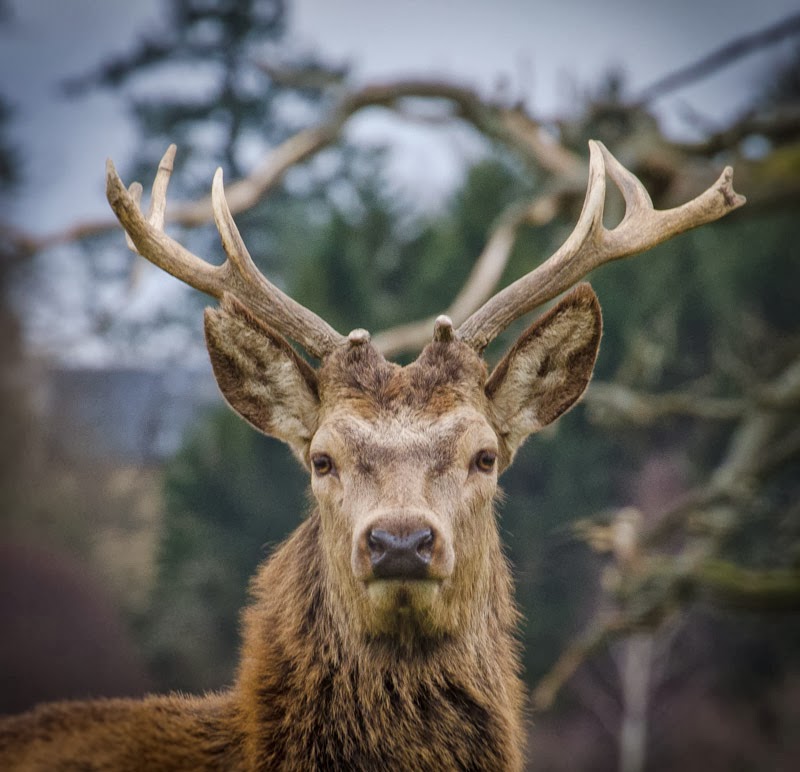 And his ladies who he fiercely protects. 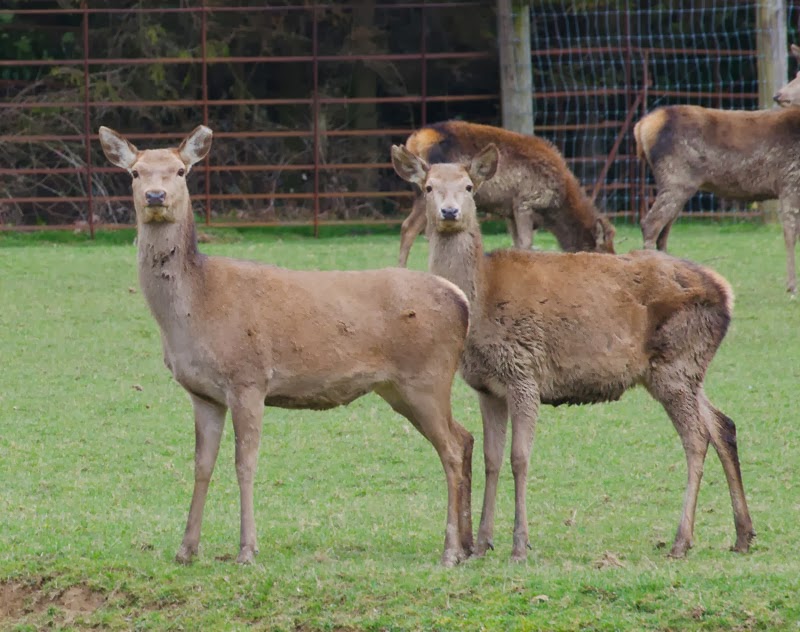 I think after a while though he tired of posing and started telling a few jokes.... 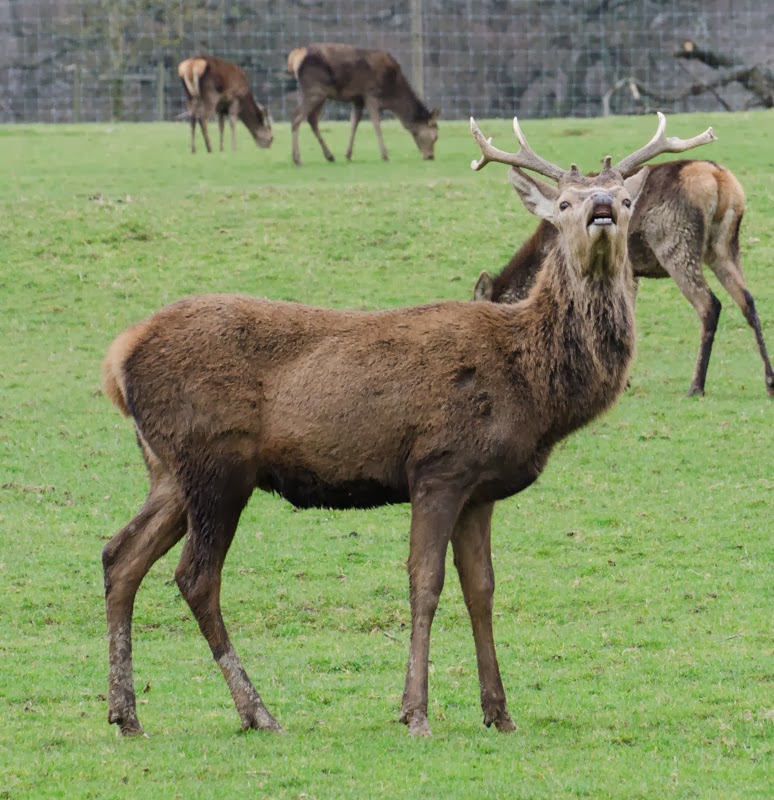 "What do you get when you cross Bambi with a ghost?"
"Bamboo!"

What do male deer need braces?"
"Because they have buck teeth?"

By this time he was thoroughly amused by his own wit and humour. The evidence of his chortling is plain for all to see... 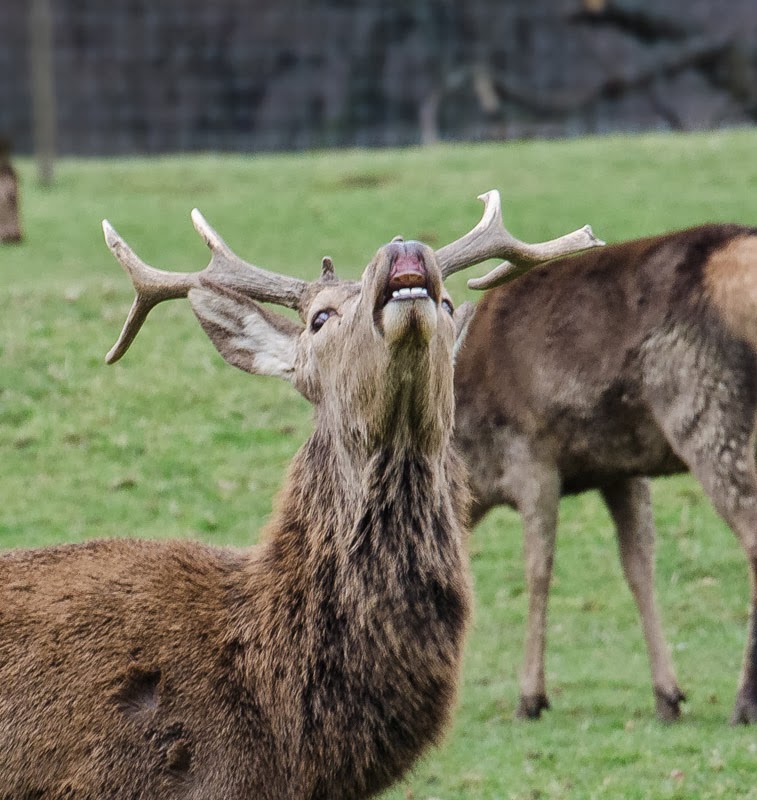 That is until one of the young hotheaded upstarts decided to steal his thunder by photobombing him [there's always one]- yes it's the one sticking his tongue out... 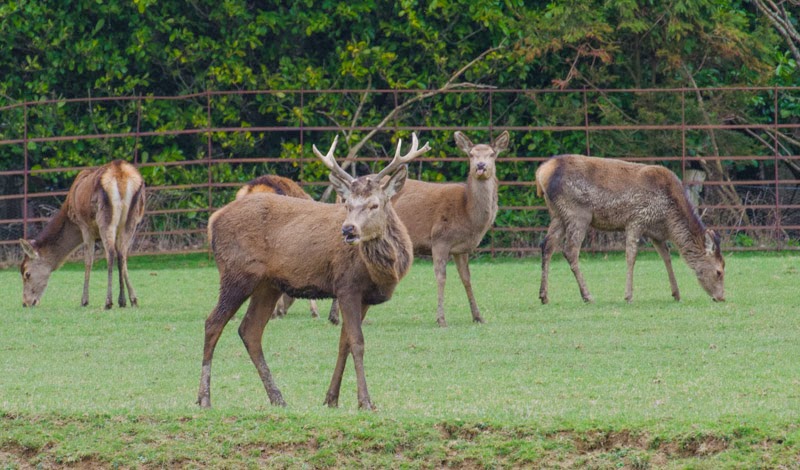 At which point the stag had a major sense of humour failure and stomped off! 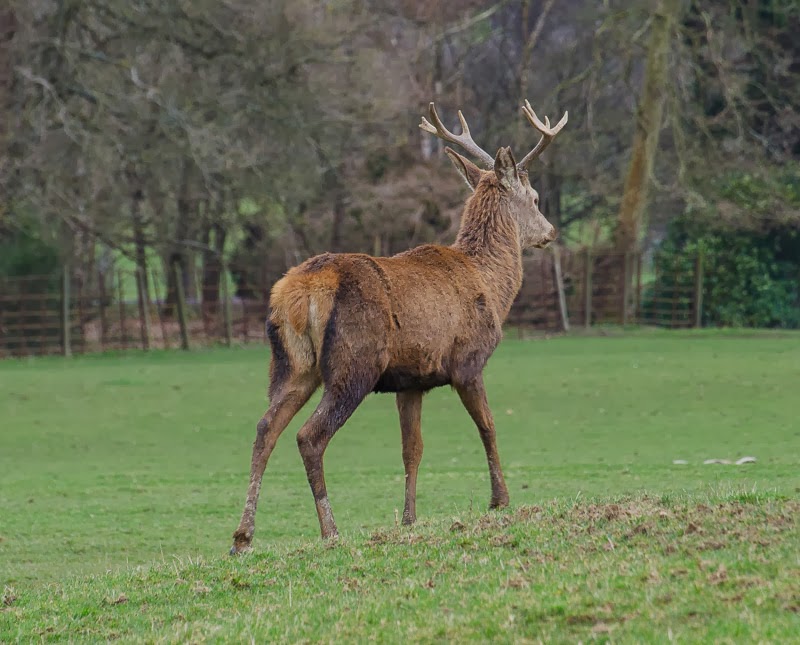 I will endeavour to post up some slightly more conventional Spring related photos later in the week.