Don't panic I don't believe I've turned into a werewolf or yet anyway there's still time...howling is the Sussex term for wassailing. I have found it to have been a tremendously sensible idea to sign up for a Dry January when you're a Morris dancer attending three wassails with free cider....got round it by being the designated driver and hiding erm hot Ribena in my tankard so I look the part at least!

Friday night saw Mythago howling at the Slindon community orchard. It has one old tree but several youngsters that were planted as part of a Millennium project. We have often been present at such events but with other sides leading the proceedings but this is the first time we have performed our own one [written by our violinist] in the dark and only its second outing. Other than rather treacherous under foot...I had to dance very gingerly so I didn't go apex over bustle it was a wonderful evening set against a starlit night, flaming torches and a huge bonfire. It was really well supported and fantastic to see all the local community getting behind it.

The torches in the orchard. 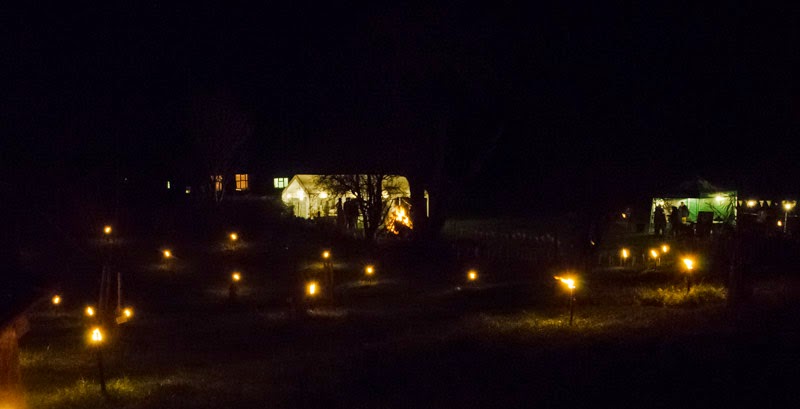 Our venerable apple tree resplendent with clooties. It's now bedecked with cider [from the orchard] soaked toast to encourage the robins in who help drive the evil spirits away. 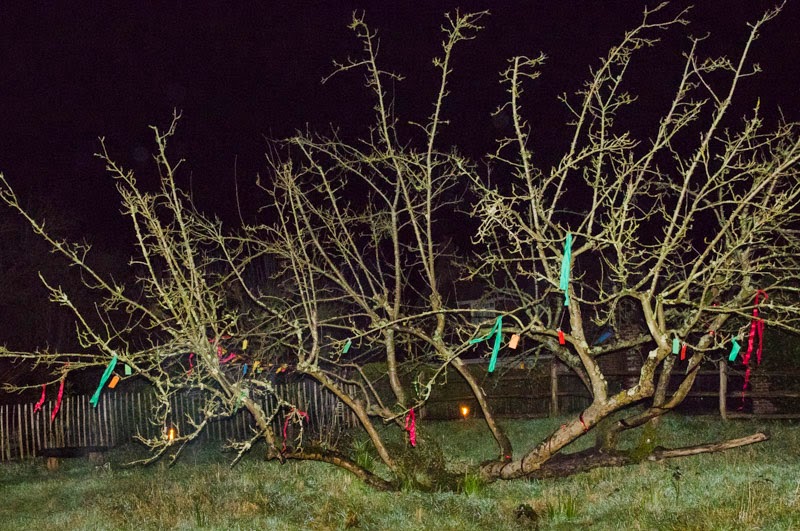 Just prior to beating the ground to make the sap rise. Last year our wooden "wassail" bowl leaked so this year one of our side has kindly donated one....don't tell anyone but it's a wooden salad bowl she found at the back of her cupboard when she was packing up to move. It was perfect though. 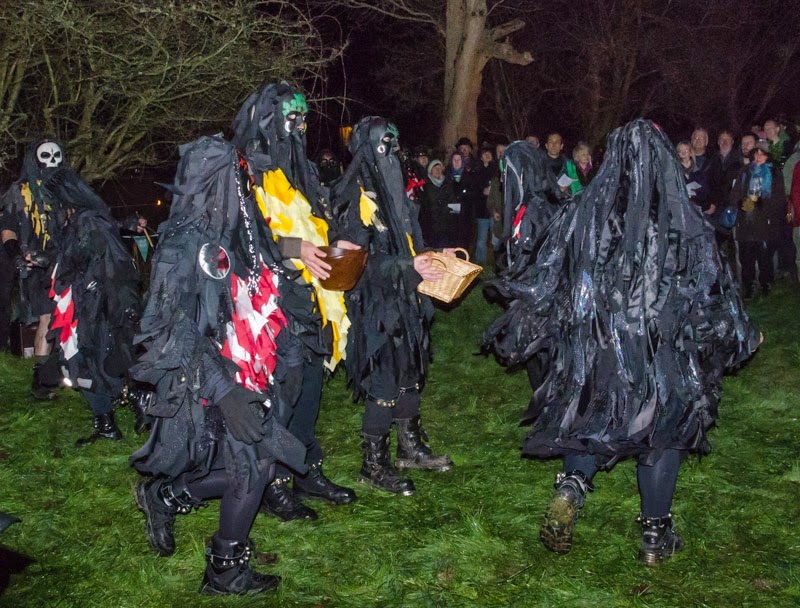 Now I am unclear at this stage whether this photographic effect was due to the flash not working properly on Mr GBT's camera as he claims or whether he was suffering from triple vision due to imbibing the mulled cider! 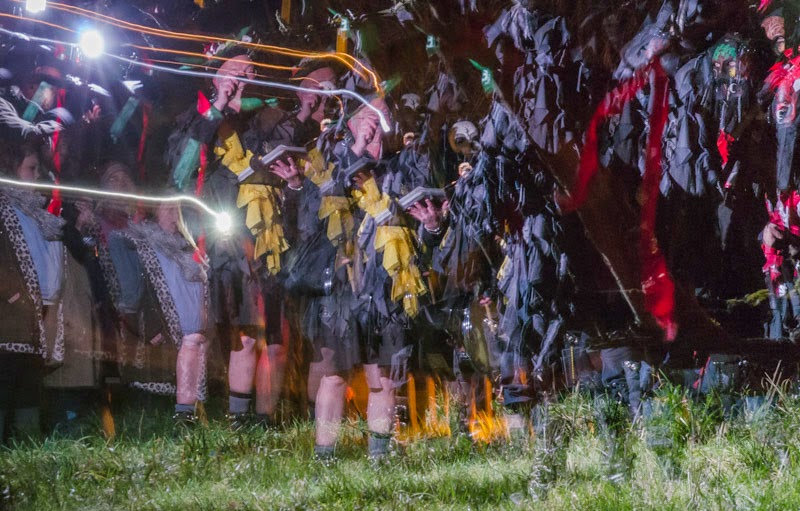 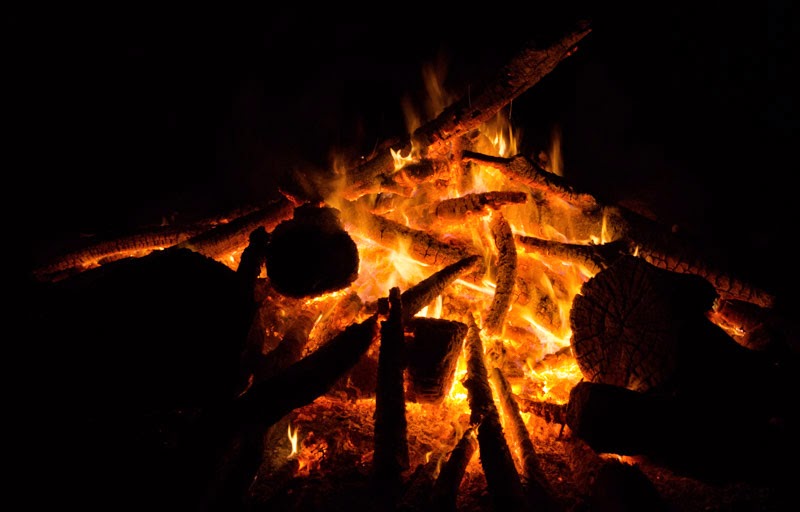