Every January I help with the setting up of a jumble sale- Mr GBT does the afternoon and the clearing up. Invariably I bring home as much as I take but not this year for I am trying to learn not to reclutter as much as declutter. Never fear I still have plenty of stuff but increasingly it falls into the either useful or beautiful categories. Anything that falls in between those two criteria and is not consumable is leaving our little mud hut.

Obviously I left myself a little wriggle room for unplanned for bargains....this year that was 4 quirky Aril type films on DVD which I shall probably pass on again once I've seen, a Rose Eliot cookery book as am forever borrowing her titles from the library and these three Per Una skirts. Well at 20 pennies each and in my size I feel it would have been rude to refuse! 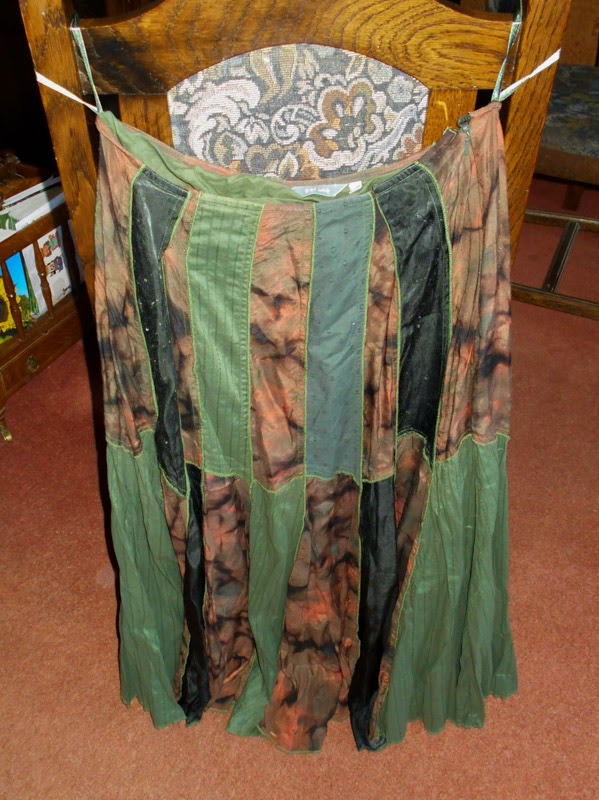 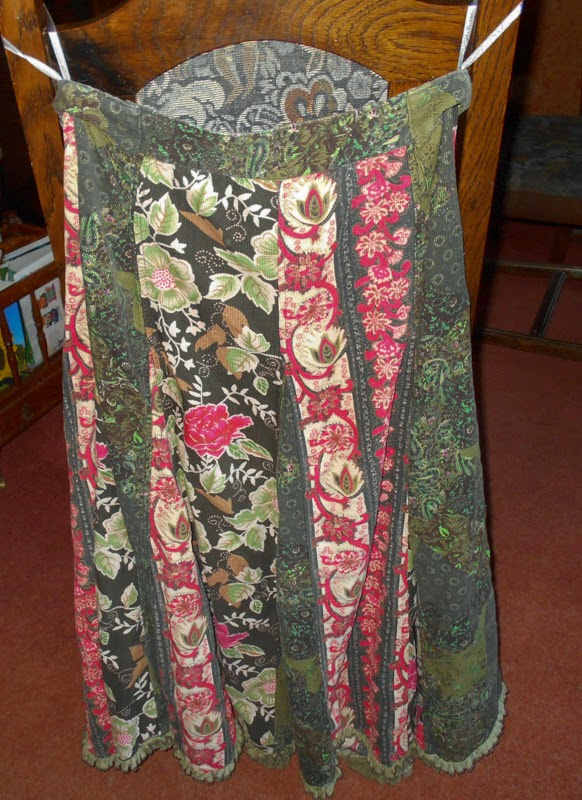 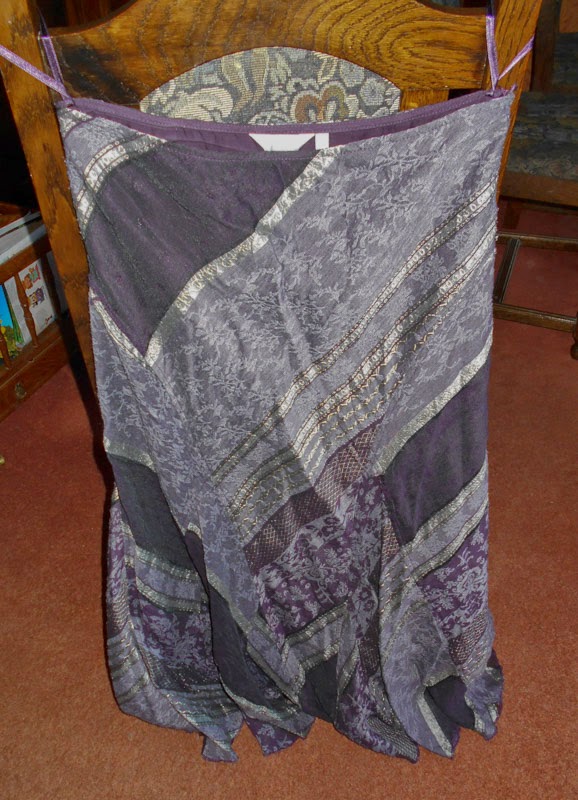 Several more clothing items were also purchased but these have now been cut down into suitable pieces of fabric: 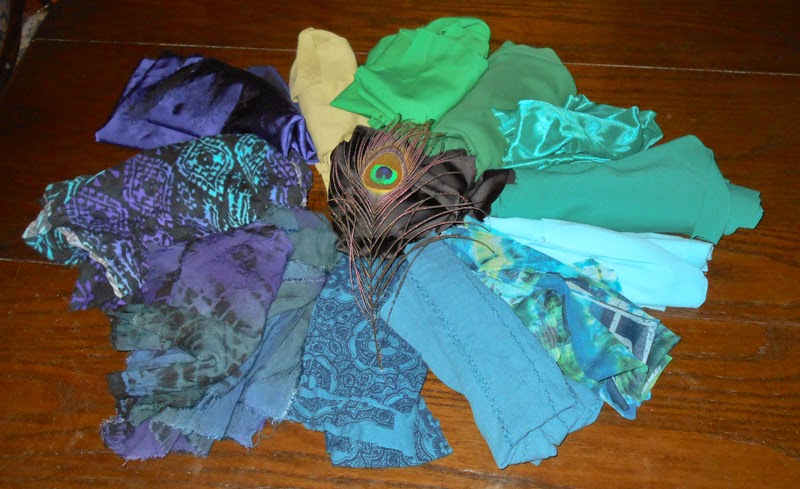 These are destined to become part of my new coloured kit for Mythago. I've been playing around with different colour schemes in my head for several months and over time had discounted all bar two- either pheasant or peacock plumage inspired. As you can see I have plumped for the latter. I shall need to source some copper metallic fabric and will need far more than this but it's proved to be an even cheaper way of finding material. Last time I hit the £1 sale rail in a local charity shop. Pleased with my modest haul though and a big tick in the recycling/reuse box!