Back in the day when one listened to the Top 40 on Radio One and spent two hours patiently hitting the record button on the cassette player at appropriate junctures this was a tune that really took my fancy.


Mr Julian Cope fronting The Teardrop Explodes in Reward. I have to say this is the one and only song I know by the band and I had forgotten about it in the intervening years.

Fast forward to about five years ago or so and my son pulled a hefty hardbook book off the shelf in The British Heart Foundation.  Priced at £4.49 it looked right up my street so he bought it as a birthday present for me. 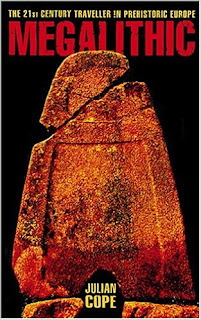 Being a megalithic superfan I thoroughly enjoyed reading it before it joined other tomes on the shelf. It was only after a online chat with a chum that I noticed the name of the author. Putting it down to sheer coincidence and that very British belief that once people are pigeon holed in that pigeon hole they stay I did a bit of further digging and was amazed to find it was the very same chap.

Now known as the Archdrude he has also written The Modern Antiquarian which thank goodness is now back in print so might just happen to have that one too ahem. 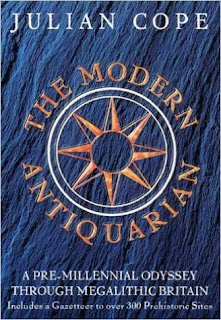 The Old Gods must look kindly upon me I feel for later on down the line I found yet another copy of
Megalithic Europe in Oxfam again for a fiver except this time it was signed. I snaffled it up knowing full well that my friend wanted her own copy [she had the unsigned one]

Anyway this fellow has become a hero of mine for our shared passion of the great stones which play such a part in my druidy. He here is once again wearing his other hat so to speak. I do love a maverick!