With it being holiday time and several clients either working in schools or having school age children I've had the odd session off here and there recently. Not wanting to waste the opportunity to have a jolly I've been able to catch up with various friends. Last Tuesday I ventured forth with E and her delightful eight month old Sprocker Toby. We took him for a bounce which incorporated a couple of local churches en route. Just time for a fleeting nose I returned with Mr GBT at the weekend. E had pointed out various points of interest to me and we were able to add in a few more on Sunday given the extra time.

St Andrew's Nuthurst is a very well maintained church. The overall impression when you cross the threshold is pleasant but not particularly remarkable until you cast your eyes right..... 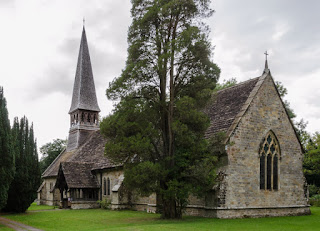 Restored by the Victorians it has a striking ceiling and the organ is split between the two sides. The whole area is ablaze with colour and very ambitious for a small village church. Look there's dear old St Cuthman of Steyning still pushing his Ma in the handcart. Am not too sure about those eyes...could have sworn that they followed us around....slightly creepy! 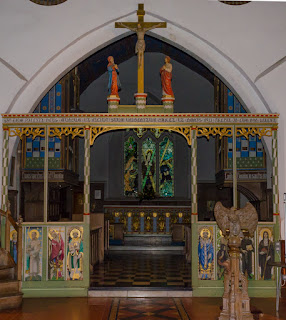 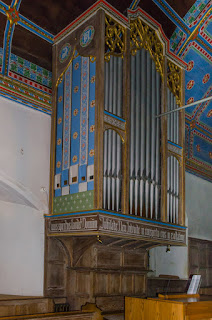 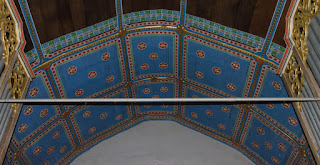 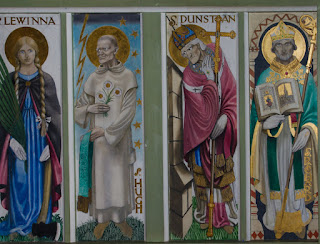 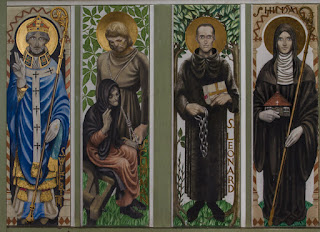 Second on our hit list was St George's in West Grinstead. It's a huge parish with very few houses so although a few dedicated souls do their best to maintain it they're facing an uphill struggle. It is not that prepossessing from the outside but does have a rather attractive stretch of Saxon herringbone work. 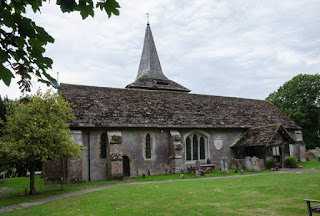 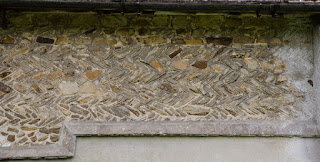 Unusually the pews have the farm names on from 1820 and as ever, I was delighted to find another couple of greenmen on the Victorian lectern. I have let the Company of the Greenman know for their Gazetteer. The starburst is the detailing on the underside of the canopy on the pulpit. 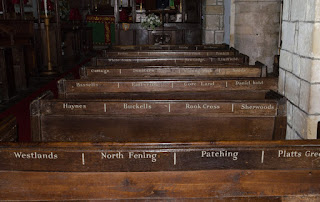 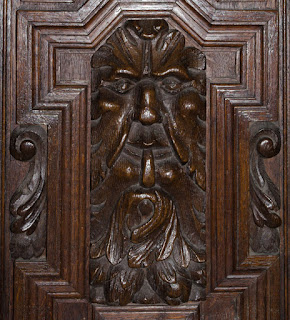 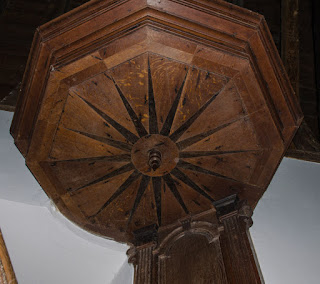 For me though the most moving part of our trip was the personal touch of the tributes paid by loved ones to those departed. The bench with the running medals on and the gravestone of the spitfire pilot. Those details add a human aspect and tell you a little of the lives of those being commemorated. 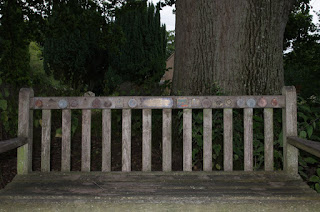 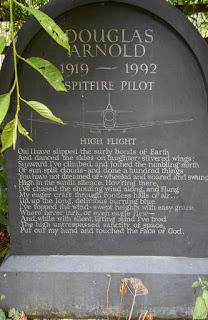