My cup runneth over.

Pub- opened in 1872 under the rather unimaginative name of The Railway Inn. Due to the sheer number of hostelries already called that it was relaunched in 1873. Just as well seeing as the village lost its station. Now called The Three Moles...this is taken from the Mitford family crest [yes one and the same as the notorious Mitford sisters] who own it. It's won awards and anywhere which holds a sloe gin tasting competition gets my vote. On our visit there were two fellows booming across the table at one another name dropping for all they were worth, whilst guffawing and revealing various salacious details about various members of the upper echelons of society they had mingled with in professional and social capacities. Naturally I rose above it all and didn't earwig in the slightest. Let's just say that it was a good thing that they had a good fire going as otherwise we'd all have been chilled from the flapping of my bat ears! Of course, I would love to lower myself and repeat the Tittle-Tatler, but I shall resist...more to do with not wanting a law suit for defamation of character brought against me if the truth be told! 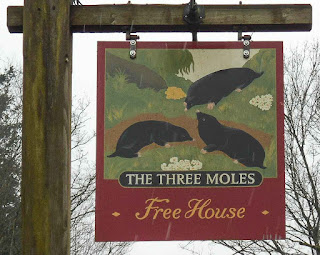 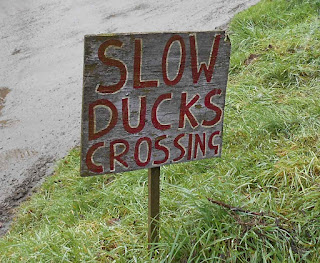 we staggered round the corner to poke our noses round the interior of St James. 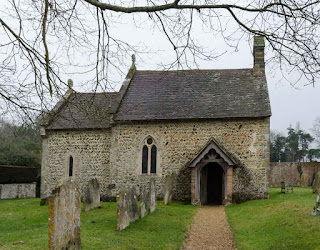 It's a largely unaltered Saxon church [the herringbone stonework is one of the giveaways apparently] with a fairly plain interior. Rather a lovely long squint, personal memories carved on a cupboard door and charming later stained glass windows. 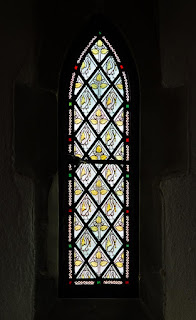 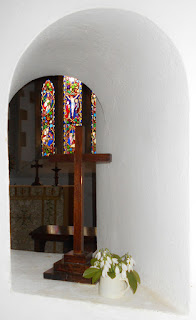 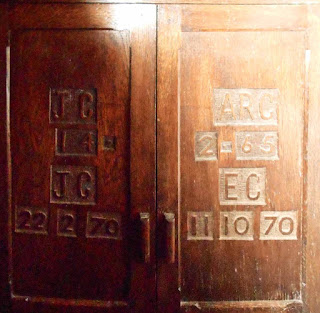 This is not what people come to see though. For fans of the Romanesque it has two gloriously carved capitals...there's great debate amongst the specialists as to whether the carvings are a mix of Saxon and early Norman or all later Norman and done by the same mason. Whatever the correct interpretation is it is of no consequence to me...my pleasure is in seeing and then sharing my findings for those who are interested. More fantastical beasts for your delectation..... 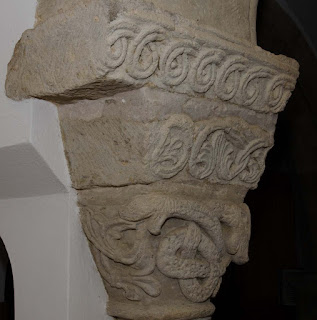 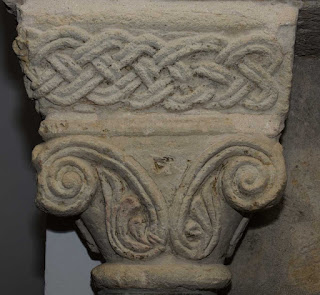 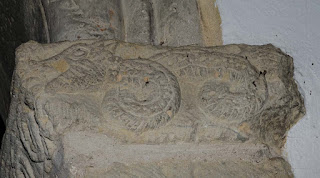 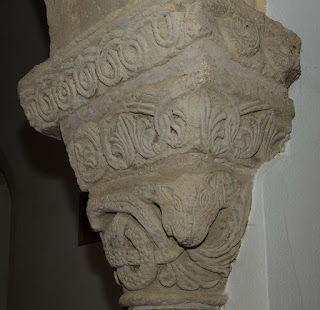