Taking a gander on a local meander.

Yes it was grey again on Sunday, but thankfully dry, so we shoved our boots on and whizzed out of the door before the never ending jobs list could catch us and prick our conscience! Knowing it was likely to be a quagmire up in the woods where the second half of the local riverside walk was due to take us we took an executive decision and walked out an abridged version. That portion can wait until either it's drier or frozen underfoot!

Being on home turf and "familiar" with what I was going to see, I only shoved my camera in at the last minute as the law of s*d dictates that I will definitely see something I want a photo of if I don't have it with me. As I was to discover once again...what is revealed to you from behind the steering wheel is quite different to what you experience when you're reliant on Shank's pony. Our local yokel stroll proved to be more fruitful than I had anticipated despite me having set the bar of expectation pretty low!

The early part referenced our town's WWII civil defence against possible invasion. We saw various lumps of concrete still on the river bed. Some rounded ones known as coffins would have been rolled and upended in the road and the Toblerone shaped ones below [known as dragon's teeth] were all intended to stop tanks in their tracks. The brick structure hidden in the undergrowth is a pill box which was built to house four light calibre machine guns. I must have walked past these many times without a second glance, but it's quite chilling when you think about their true purpose. I am relieved to say they were never needed. 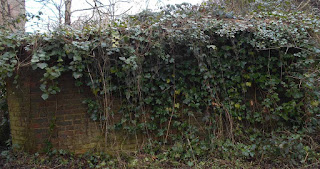 Continuing onwards we reached a local farm which has now been converted into a council owned nature reserve. It's open access and popular with local dog walkers. It was quite amusing to see a brown Newfoundland challenging a collie to a game of frisbee.... the former couldn't quite match his competitor for speed or agility bless him! There are a handful of satellite nature sites such as this around the district and the policy for the past few years has been to manage the pastures by moving small herds of llamas, Hebridean sheep and British White Cattle between them during the year. All are removed during the ground nesting season. The cows returned last week. 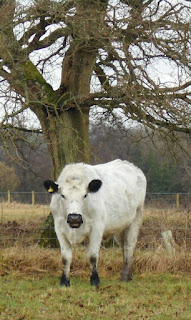 This property is Chesworth House [now a private residence] and was once the home of Catherine Howard who was sent to live here with the Dowager Duchess of Norfolk after her Mother's death. Frequently left to her own devices [her guardian was often at her other house in London] Catherine became very wayward under the influence of the older girls who shared with her. Eventually this culminated in her "affair" with her music teacher Henry Manox. As Lucy Worsley pointed out in her recent series on the wives of Henry VIII, she was only 13 at the time and it is more likely she was groomed by this predatory male. Nowadays, if caught, he'd face serving a stretch at Her Majesty's Pleasure! 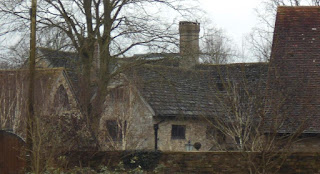 Fabulous...always a welcome sight. My first glimpse of snowdrops this year. A promise of things to come... 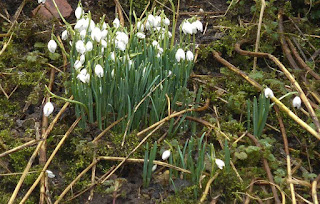 Now on the homeward journey back through the town centre. This rather impressive silhouette of the London skyline is up an alley off the main road and would have been very easy to miss if I wasn't such a conky mare! It all joins up. 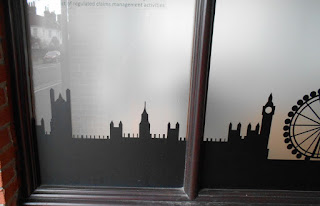 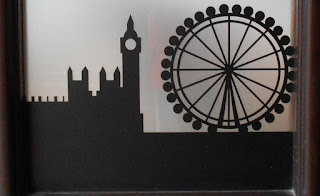 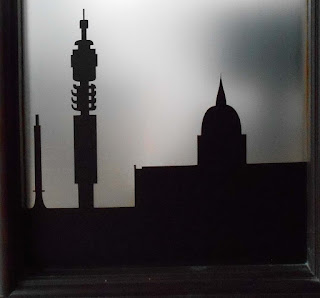 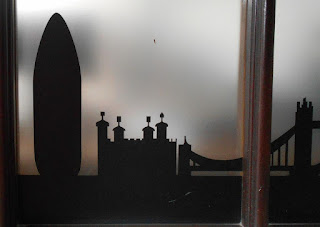 Perhaps you are wondering why I might have taken a photo of the opening hours of a local business, but I promise there was method in my madness...the info was for my son who'll be running three half marathons in the next few weeks to fund raise for his Asian trip. What else would the owner and staff of a running shop get up to on their day off other than running of course! 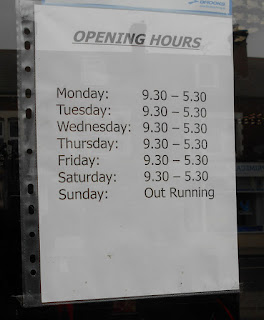 Finally, these two simply because they tick all my boxes for outdoor ornaments....I can't ever recall seeing hippos in a garden before. Makes a change from gnomes even if I did think they were pigs when I first saw them....I think my need for a cuppa and a Nana nap was beginning to addle my brain by then! 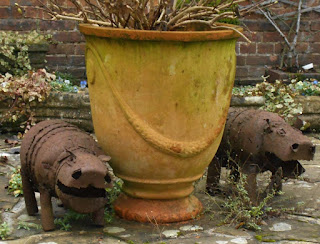 We fully intend to do more of this type of exploring of where we live in the up and coming months. Who knows what else we might find... needless to say I already have my eye on a couple of things....