Shortly before the French Revolution when I was, but a young whippersnapper, I was incredibly lucky to visit the caves at Pech Merle and see the original cave paintings. Others exist but usually you only visit a facsimile of them so that the originals are not damaged by humidity. There are the amazing pictures of the animals but the one of the hand print sticks out in my mind the most. This puts me right in touch with the human who created it and once again confirms that in many respects no matter how "sophisticated" we may believe we have become as a race our basic nature does not change. 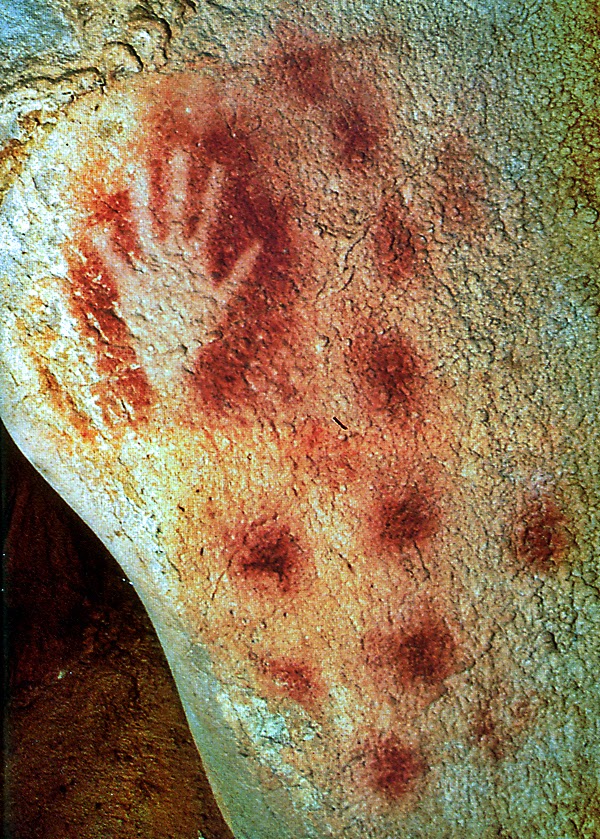 It's interesting how I react to different types and categorise them accordingly and that then got me wondering whether our perception changes over time i.e does something that originally might have been viewed as an act of wanton vandalism at the time become an item of social history as the passage of time puts some distance between it and its audience. We now admire the graffiti runes scratched into the stone of Maes How by the Vikings but at the time perhaps it was their way of expressing their dominance over the landscape and its sacred sites as the successful invaders? 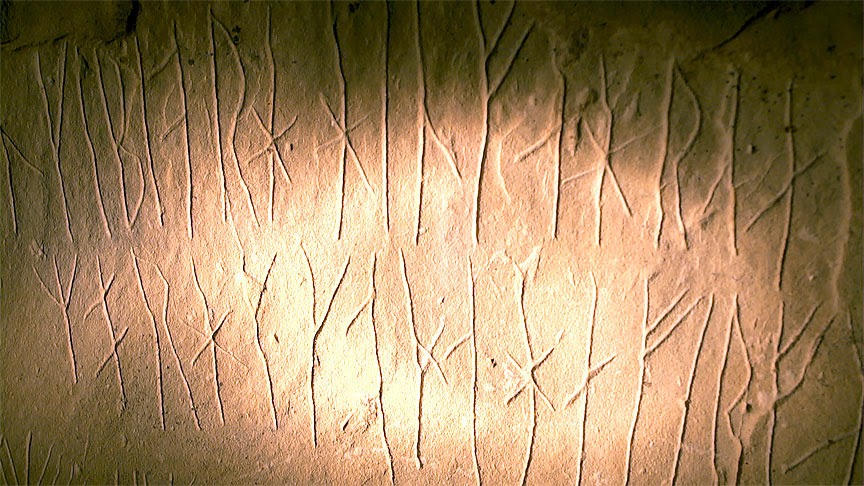 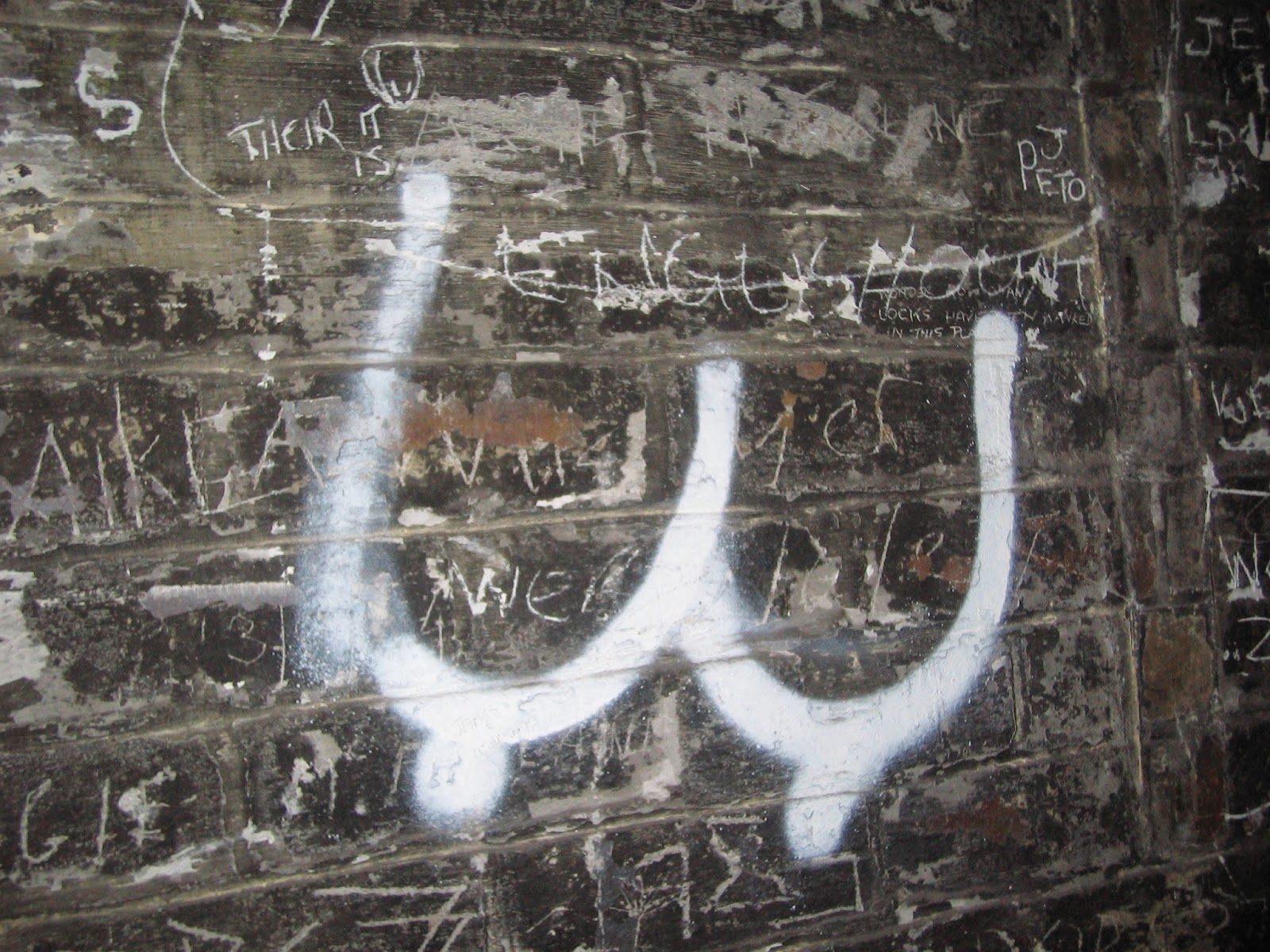 or will they remain tiresome ...I strongly suspect the latter but I am sure the talent of street artists such as the likes of Banksey and his contemporaries will stand the test of time. 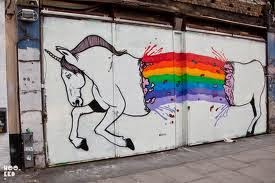 There are now guided walks in London where you can view the images for yourself. http://streetartlondon.co.uk/tours/ 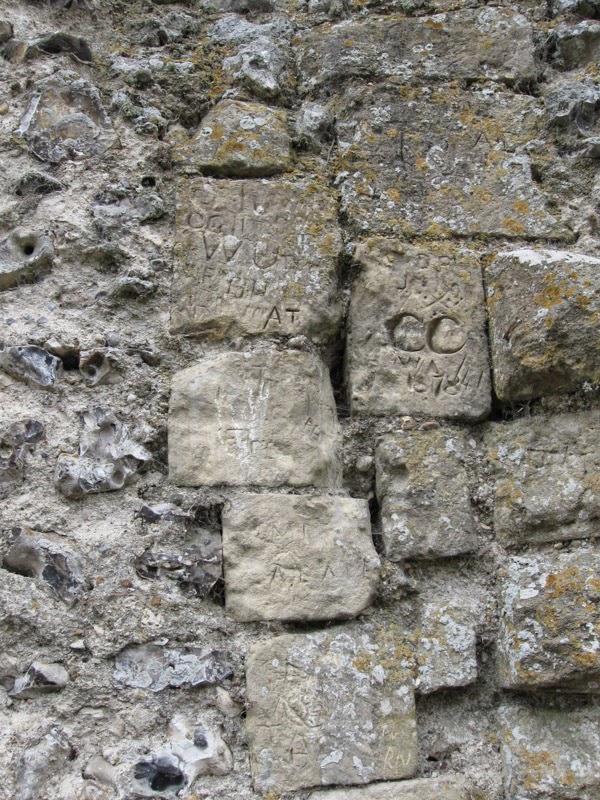 or churches as shown in the recent article here in the Guardian about the medieval graffiti in the East Anglian churches http://www.theguardian.com/artanddesign/gallery/2014/mar/29/medieval-graffiti-pictures-lydgate#/?picture=433231749&index=0 Nor is it likely to stop any time soon!

PS The best bit of toilet door graffiti I ever saw was in Holland when I was 12 and it read "turds over a metre long must be left in the corner for the karate man to break up later"!!
at April 12, 2014