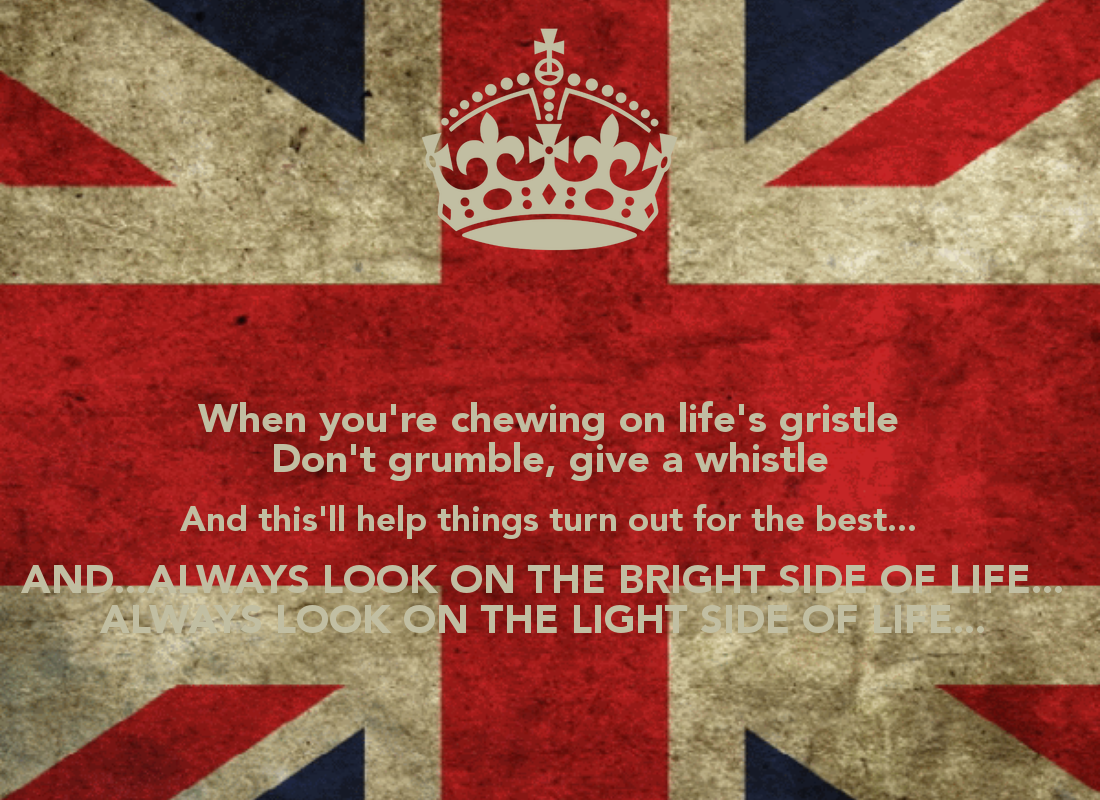 That little phrase is just so quintessentially English. Take things on the chin and say sorry even if it clearly isn't your fault...that's the way to navigate the rules and avoid social embarrassment....that is until someone has the audacity to try and jump the queue. Now we all know how to queue and heaven forbid any foolhardy soul who tries to circumnavigate the etiquette for they will be informed loudly if they have done so amidst raised eyebrows and audible tsking...eventually this should send them sheepishly scurrying to the back and waiting "properly".

Along with many others, I regularly indulge in a good moan about some imagined offence, the weather, the price of a pint and although at some levels I do have some admiration for those who publically state that they are going to go for a period of time without whinging nobody likes a saint do they [Gwennie take note] and us mere mortals positively crow when they fall off their pedestal. What I don't do is express my disgruntlement directly to the person about whom I am carping- that just wouldn't be cricket would it now! However, one thing that does irk me is  rubbish service from the big companies...I never squawk at the staff at the coalface because I've had it done to me and it's not very pleasant. Some people can be flamin' well rude to the point of being abusive.

Recently we stopped off at a tavern which is owned by a well known chain [mentioning no names as I feel I have no need of a writ winging its way to me]. It's part of a set up designed specifically to provide services for motorists who are en route. The whole concept of such places is that the food and the service is speedy so that people resume their travels quickly. Now this hostelry is hardly a gastro pub nor is the food haute cuisine- I'm under no illusion that the food arrives pre prepared and is most probably reheated in a box that goes ping. However, normally I find it's good value for the reasonable price they charge and it arrives within an acceptable time. This time we had already waited 40 minutes only to discover that people were still waiting after an hour. We didn't create a scene but simply asked for a refund and upped and left. I filled out an online feedback form the next day and suggested that if they were busy it would be far better that customers were told what the waiting time was before they placed their order so that then the onus is on the punter to decide whether they want to wait or eat elsewhere on the site. Seems like common sense to me...although sometimes it seems to me that common sense is not that common these days. I did note that the staff were polite. Today I received an apology from Head Office thanking me for my feedback and enclosing £25. So yes it was on this occasion worth raising my head above the parapet and having a little grumble.