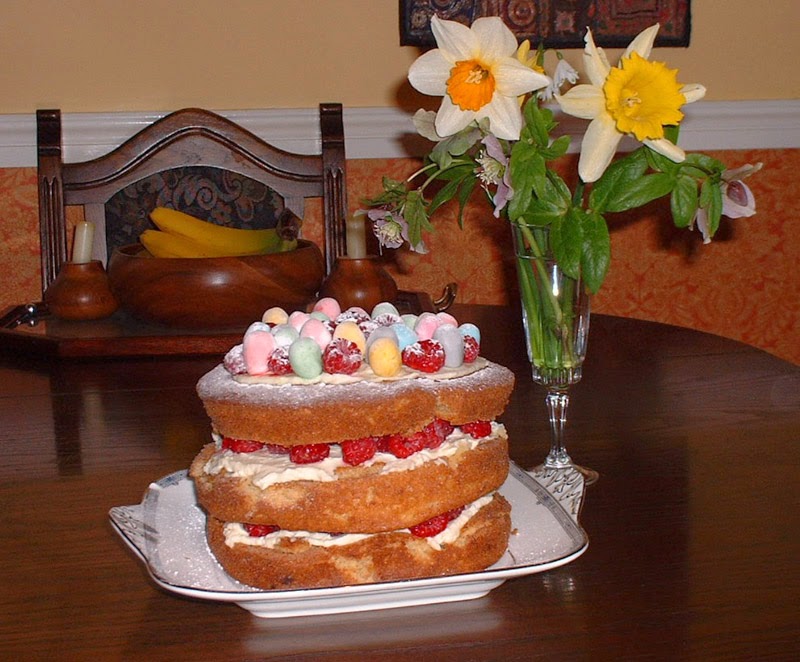 Having cleared a mountain of ironing yesterday first thing [you know it's time when there are Nepalese guides starting to congregate at the base of it], I used the time to catch up on a bit of recorded stuff. With a son very much part of the scouting movement I watched the latest Bear Grylls offering. Watching how quickly the men went downhill without food [I know the press are harping on about it being staged...I frankly couldn't give a monkeys it sits in the light entertainment/pap category of programming in my world] and the effect of being faced with the slaughter of another animal in order to eat was striking. Many of us, myself included, are very far removed from the source of our food these days. My only form of hunting is to take myself to the supermarket to replenish our supplies.

Food is a big social thing in our household. Although a slightly less than enthusiastic cook, I love new flavours and foods and nothing gives me greater pleasure than trying to poison off folks with my baking. As a family we sit down at the table and natter over our evening meal most days [sometimes we eat on laps in front of the TV]. It's the one place where the mobile phone is banned...heaven help the teenager if he even so much twitches towards the thing! Very occasionally due to a very modest budget we eat out [usually when we've got vouchers] but every few months we have a takeaway with friends or recently we've had a high tea with one set and a meal with others where everyone took a selection of starters rather than the traditional menu. It proved to be a fab way to try new combinations and ingredients that I wouldn't think of including pork and banana.

There's always a new scare story in the press about what we should/shouldn't be eating and you know what I ignore most of them! They can't make their minds up. I might be a bear of little brain at times but I can think for myself...I know what's good for me and what isn't. Inappropriate food additives is not a modern problem. During the Victorian era bakers added alum and chalk to the bread to make it whiter and cooks flung other such lovelies such as plaster of Paris or sawdust into their mash. Anyone for a beer with a good dash of strychnine to make it taste more bitter perhaps?! To circumvent some of these issues we cook from scratch most of the time [with a few shortcuts thrown in for good measure...my aim is always to spend less not more time in the kitchen] with meat free days and fish days featuring in the weekly menu. However, I don't wish to live to be 100 dribbling into my bowl of bran flakes so I do have naughty food but in moderation...we're dying every day so might as well relax the rules sometimes and enjoy ourselves without the guilt.

PS The cake was from a few years ago when it was my parents' ruby wedding.