Until my time away I was unaware of The Animal Wall's existence in Cardiff although I now know it's a very well known landmark. Having been moved from its original position it now runs along side the castle. It was designed by William Burges for the 3rd Marquis of Bute but sadly he died before its completion.


Initially Thomas Nicholls built the nine original animals i.e. hyena,wolf,apes,seal, bear,lioness,lynx and two individual lions. Other designs were put before the Marquis but he rejected some - one of those cast aside was a sea horse. These were all painted at one time but they have been restored to their natural stone now. A further six animals were added by Alexander Crick in 1931 and you can identify his as they don't have the glass eyes. Weather and pollution had taken its toll on the wall over time but a major restoration was undertaken in 2010. I am pleased to report that once again the anteater has his snout! 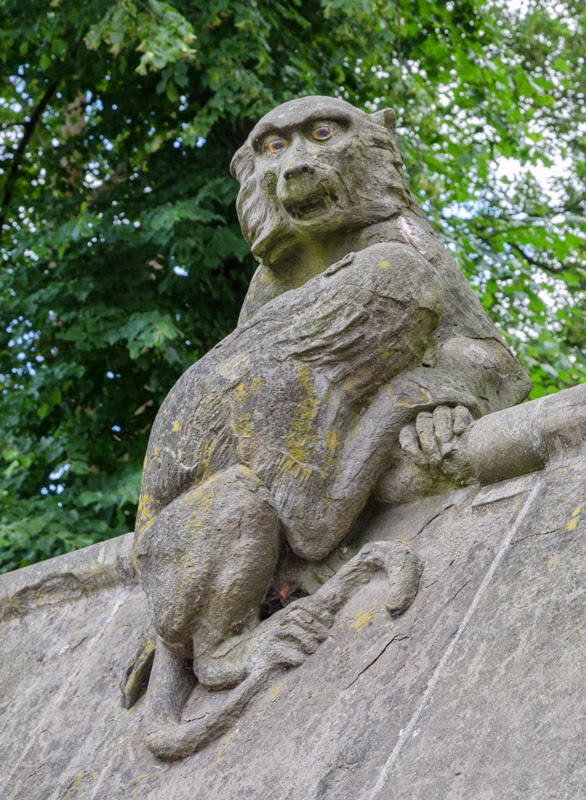 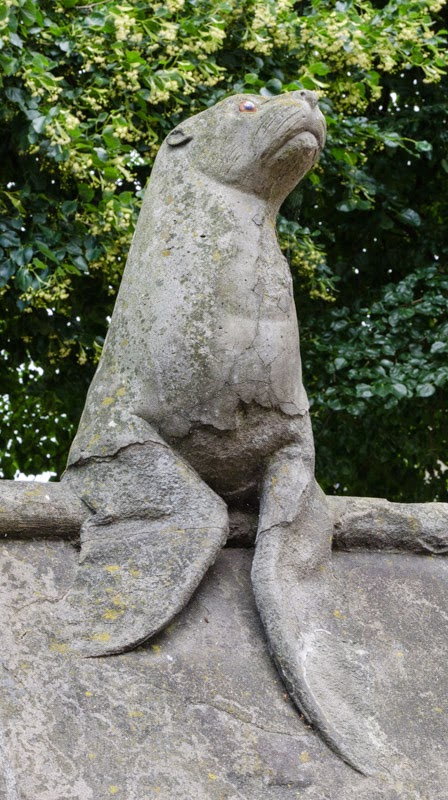 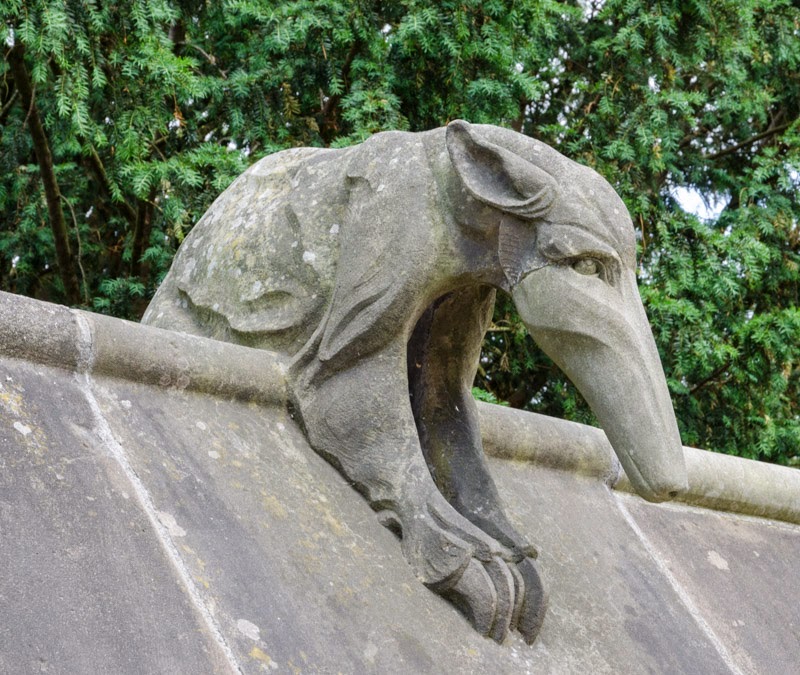 The blackbird most definitely wanted to get in on the act in this shot! 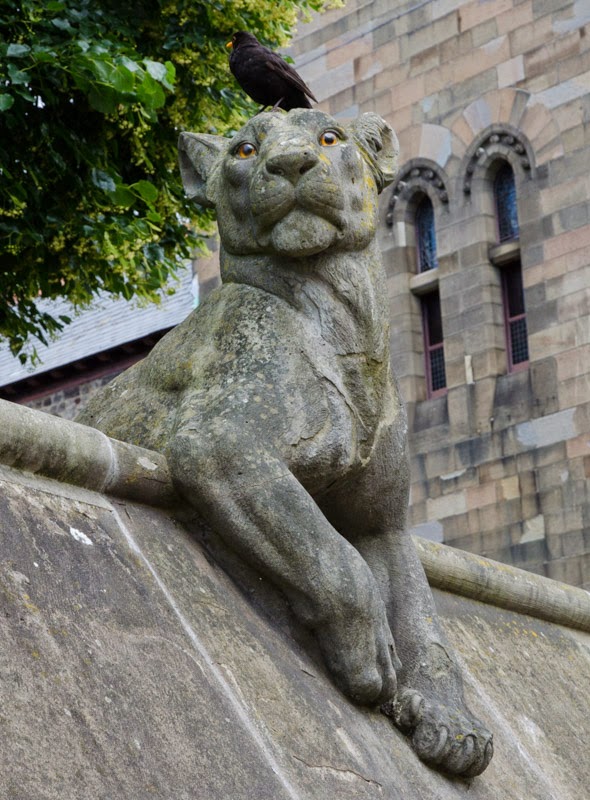