What's one to do when you've got one trendy teen and two wrinkly parents stuck in the dark ages and you're all away together. After a bit of huffing and puffing from all parties concerned the final solution seemed to be that we all chose a couple of things to do during the week. The small person chose shopping in Cardiff with the added frisson of seeing the football stadium. I was overly delighted at the prospect with low expectations of both.....I anticipated that the bay might be deadly like Gunwharf Keys [I really don't like conventional shopping...apologies to all those who are fans of the place] but this grumpy old baggage was proved gloriously wrong. Cardiff Bay is inspirational showing how fabulous modern architecture and art work can be...there was something different to see at every turn and no I'm not going to put up any pictures of the stadium despite having photos of said son posing next to it!

This quilt I came across by chance when looking for the "washroom" as our chums across the pond so delicately call it. 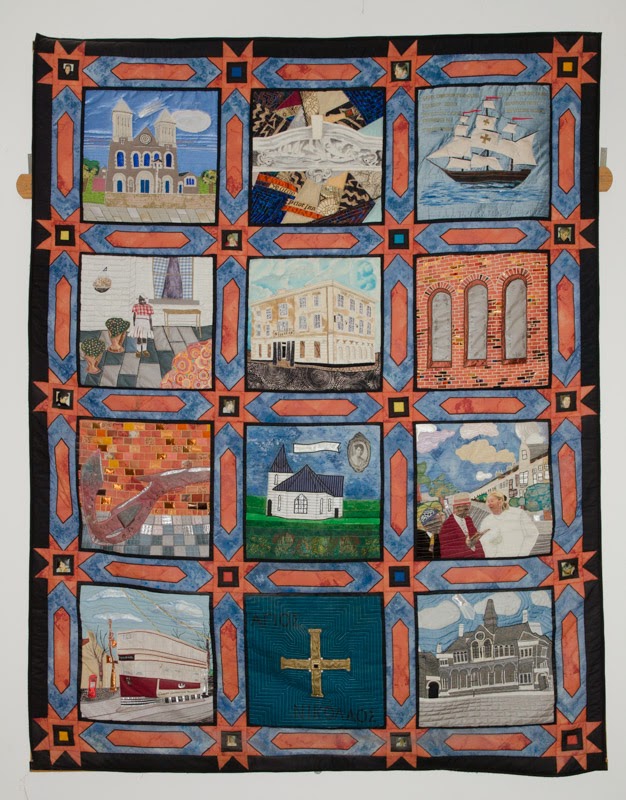 Wales Millenium Centre. Designed by Jonathan Adams and opened in 2004 it is built from 1200 tonnes of Welsh slate and uses 4500 tonnes of steel which has been prepainted with a champagne coloured oxide [so the leaflet the lady in the shop gave me tells me!] The inscription translates as "Creating Truth Like Glass from Inspiration's Furnace" which is a poem by Gwyneth Lewis. If you do have time I heartily recommend poking about inside as its design and attention to detail is very pleasing. We found the orrery hiding away in a corner- it was used in a performance of Holst's Planets given by the Welsh BBC orchestra and featured in an episode of Dr Who. 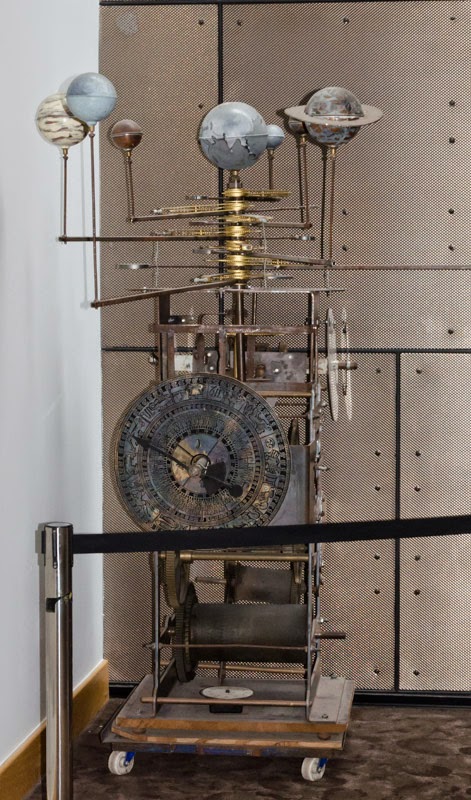 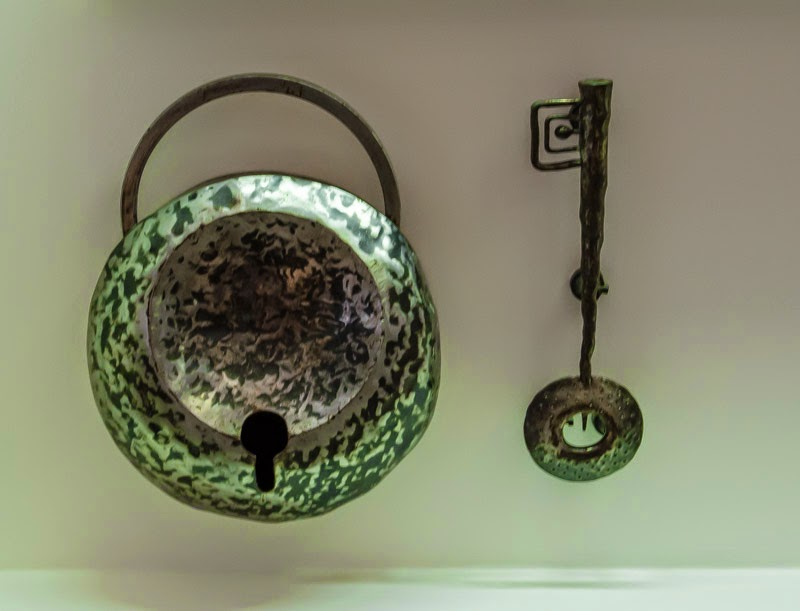 There are sculptures at every turn. 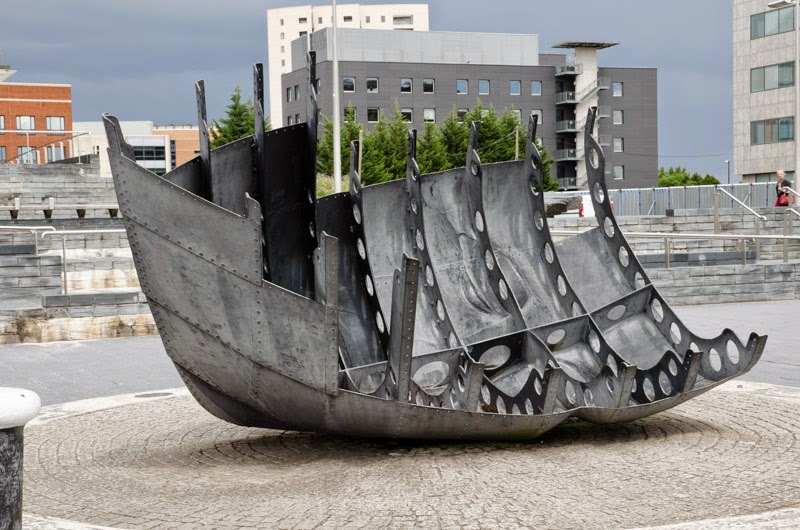 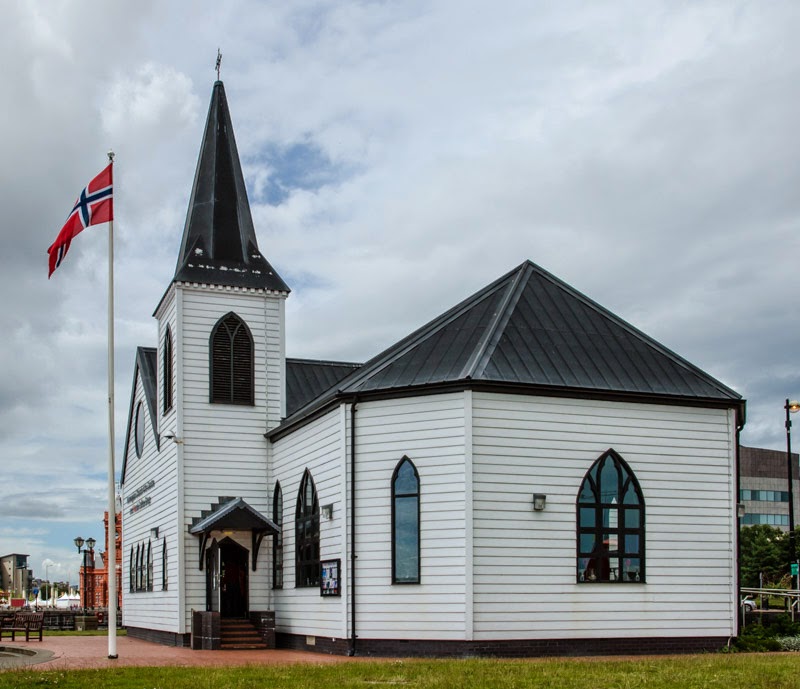 We took many more photos but I hope this is enough to whet your appetite.