I have a fellow morris dancing chum to thank me for this little wonder. He visited here last year and I got the "I Must Go There" the minute I saw his photos.

Mr GBT and I managed to evade the border controls and make it back into England one sunny morning last week. Destination Kilpeck church notable for its amazing original Norman stonework. Meanwhile we left the teen behind snoring his head off in Wales...how jolly irresponsible of us. He is as interested in my obsession with history as I am with The Beautiful Game ie. never the twain shall meet! It is known to have been completed by 1140 and is built of the local pink sandstone. Its great age is apparent from the oval shaped churchyard. Some say that it is mounted upon an earlier Pagan site but this is conjecture only. According to the bumpf in the church the Celts believed that the devil could hide in corners and that he could only follow a straight line which is why the path leading up to the church is a zig zag.

The Norman carvings and corbels are a unique survival...somehow they escaped the destructive forces of the Puritans and can be seen today in their original places. The work is traditionally attributed to the Hereford School of Stonemasonry. "The Hereford School of Romanesque Sculpture" by Malcolm Thurlsby goes into depth on this aspect.

I think a small selection of photos from our trip will do the talking. The church is famous for its well preserved Sheela na gig. Often they have been defaced because of their crude nature. For those who want to know more there has been a specific project set up http://sheelanagig.org/  I am not personally a great fan...she's a bit of an old strumpet doing impossible things with her crinkum crankum so I am happy to have seen her but don't need reminding!

This is the rather splendid door....above in the arch there is a tree of life. 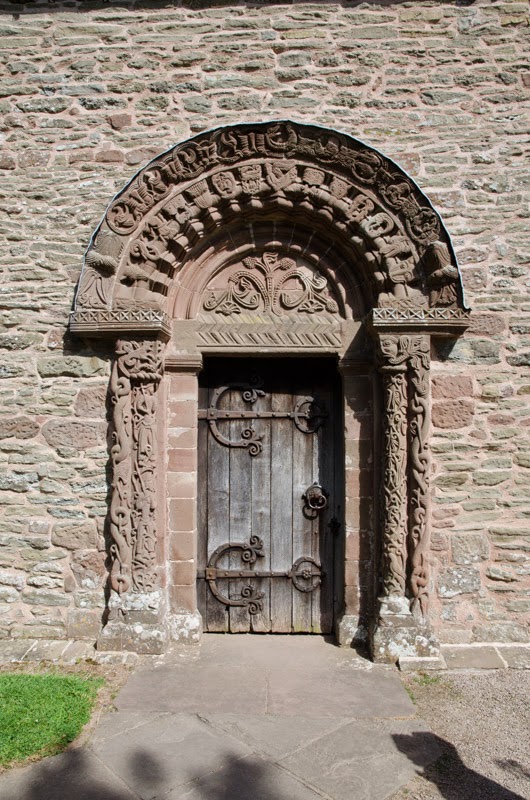 A foliate head...I of course like to think of it as a Greenman! No surprises there then! The musician and the lovers. 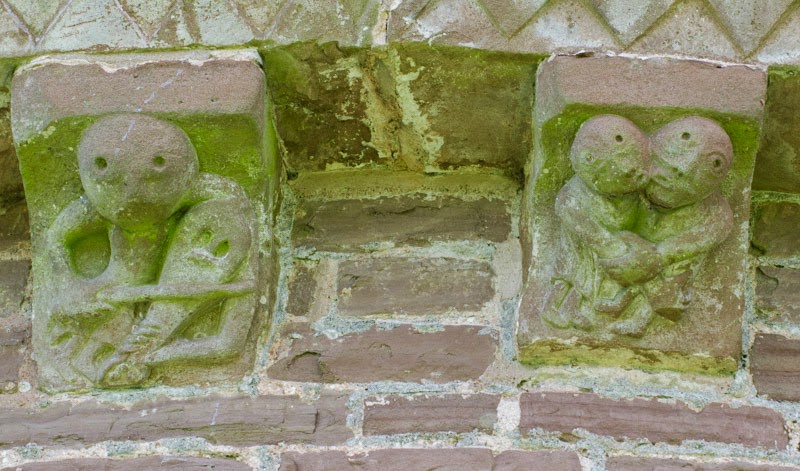 The hound and hare. 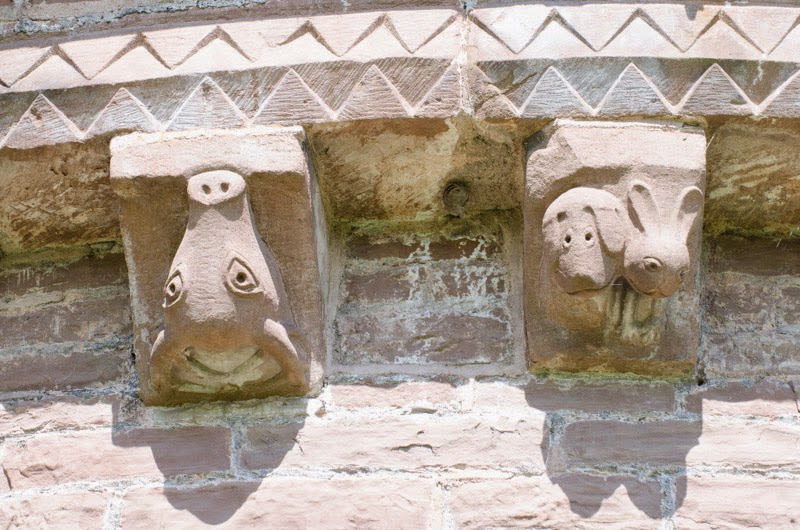 Inside the church is a much plainer affair but I was tickled pink with the rather stout holy water stoop and the rib swallowers. 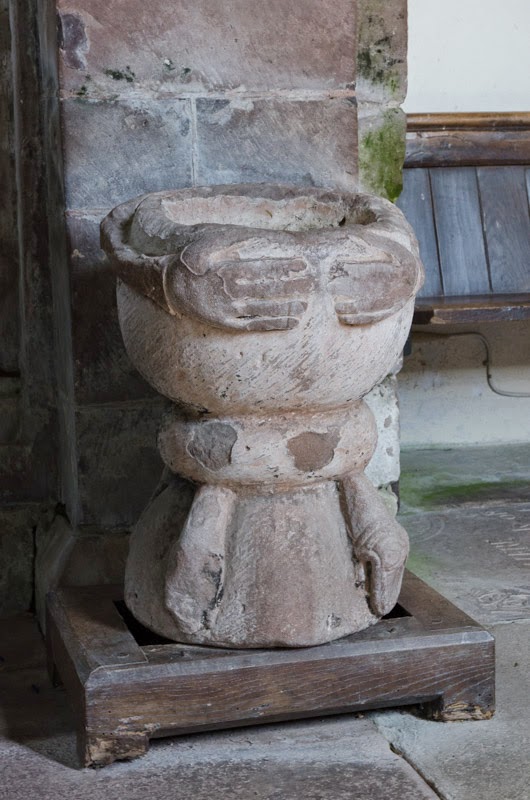 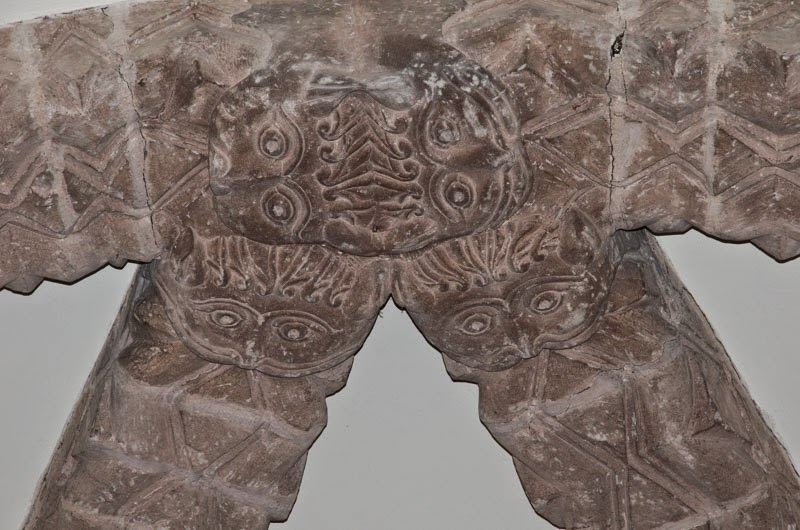 The whole thing is a most gloriously bonkers experience....rather like a Norman version of Alice Wonderland and gives us just a small peep into their lost world. Allow me to finish with this rather terrific example. 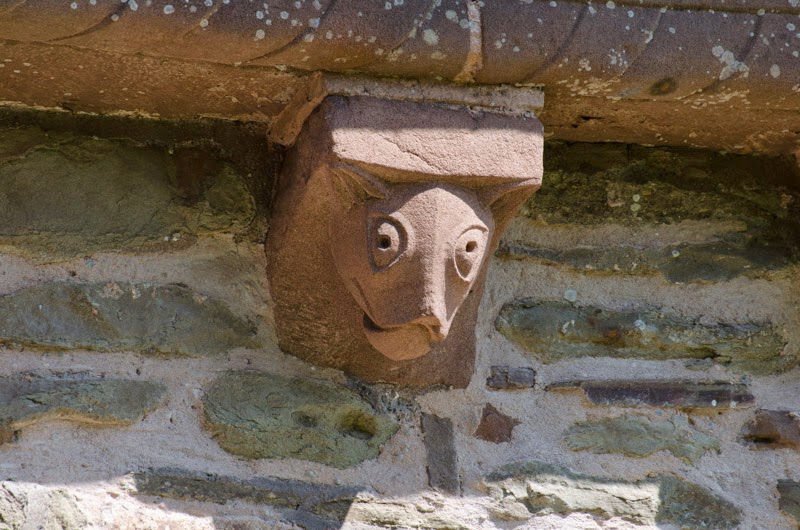