Here in West Sussex we are blessed to have the Weald and Downland museum. I have visited for gratis the last couple of times because I've been dancing there but usually admission is £11.90. Whilst we were in the area I thought I'd take the opportunity to visit the St Fagan's museum which is just outside Cardiff. It's a similar set up to the W&D only bigger and FREE [rather like the London museums] save for the parking fee. I had a sneaky ulterior motive for wanting to go [more of that in another postlet] but woo hoo what a time we had. This was another occasion when the small person stayed behind to watch the tennis...we did spend some time together on holiday honest guv...it's just a bit tricky to take photos when you're kayaking!

Stryd Lydan Barn. The oldest part dates from the 1550s. I loved the carpenters marks on the extension. This would have helped him to reassemble it on site after it had been built in his yard. Flat pack and 400 years before Ikea made their fortune! 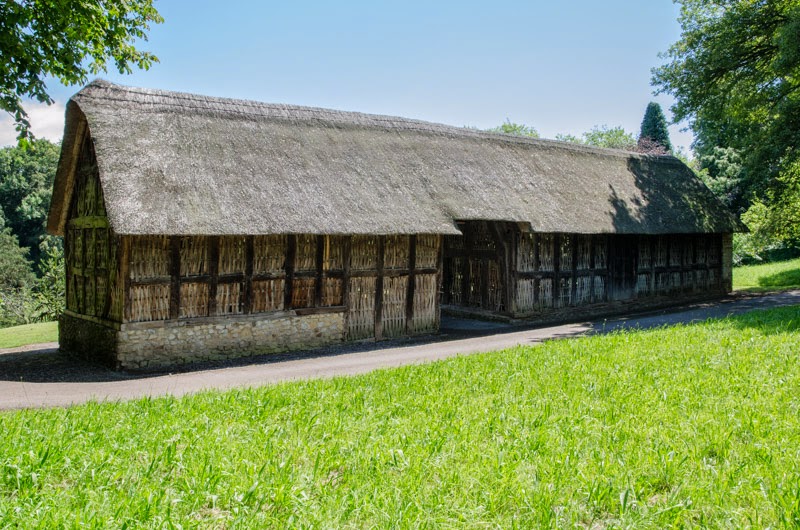 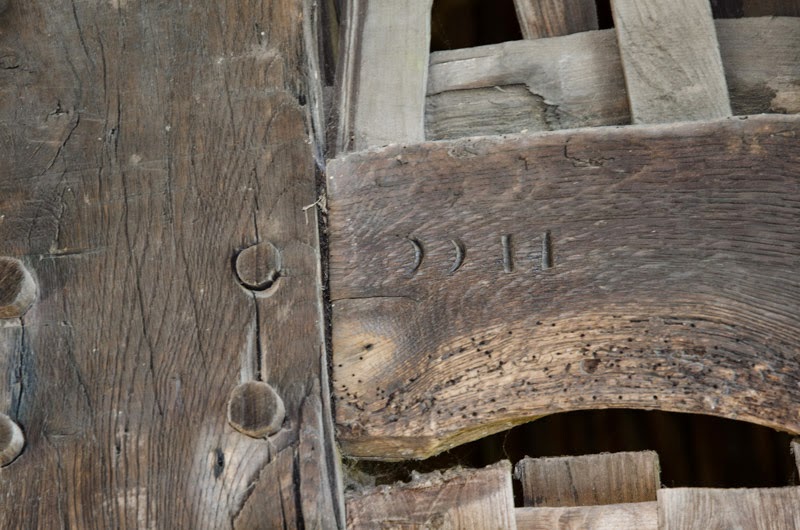 17th century cockpit from the yard at the Hawk and Buckle inn. At this time most villages would have had one. This barbaric "sport" was outlawed in 1849. 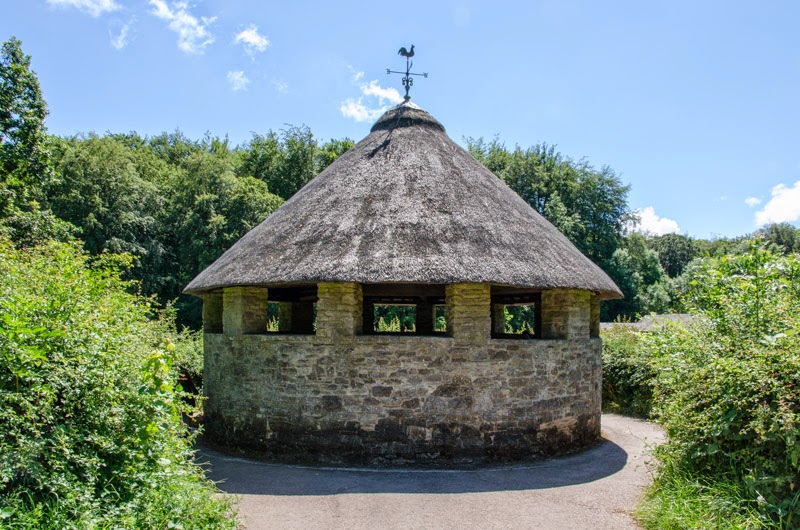 Prefab. Known at the time as "tin palaces" one was made every twelve minutes. It's fully furnished inside. 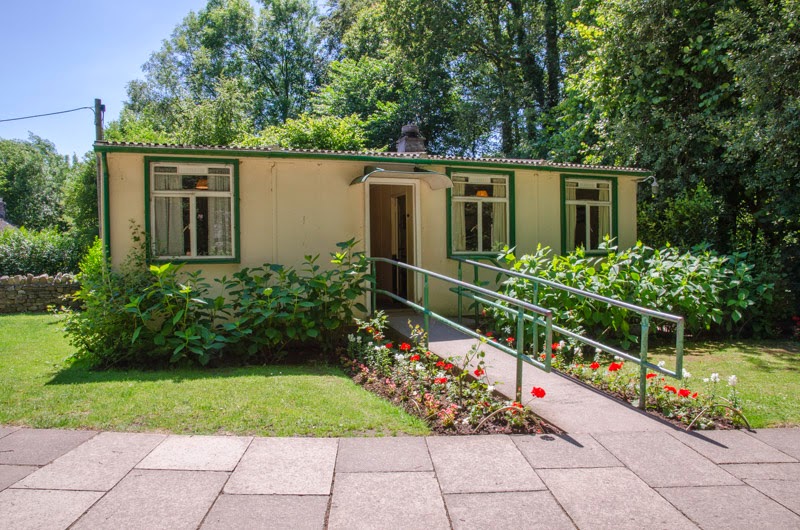 Kennixton Farm House. There is a school of thought that the red colour was chosen to protect the home from evil spirits or it may simply be the case that the owners were demonstrating that they could afford a coloured pigment rather than the normal white limewash. The carving is from inside. 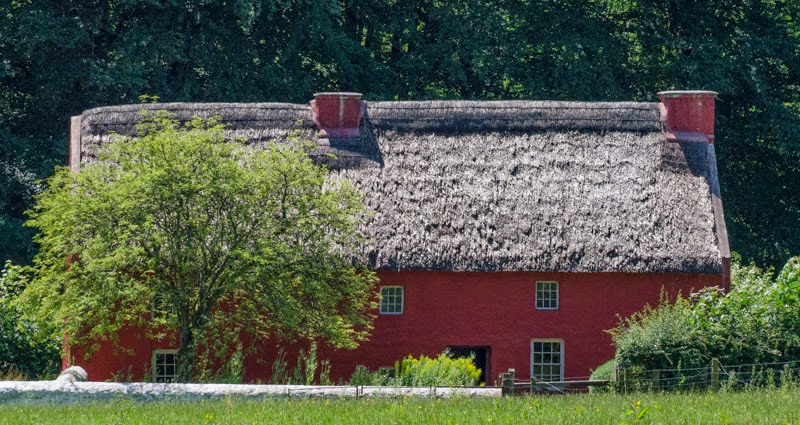 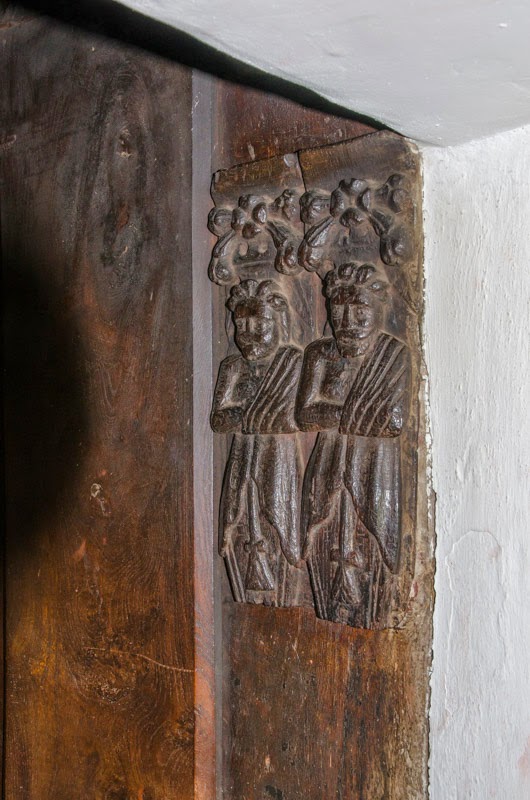 There is an enormous range of buildings here from a castle complete with gardens through to a pig sty. We spent four hours wandering around and could have easily spent more if the heat and weary little tootsies hadn't defeated us! This one gets one big fat tick from Mr GBT and Aril.