Chanklebury is the old name for Chanctonbury and the Ring was our choice of destination for yesterday's lunchtime picnic. We were short on time so a quick jolly was needed and this is a gloriously close beauty spot with stunning views to match. You can even see the IOW on a clear day. This is the view from the other side across the South Downs. 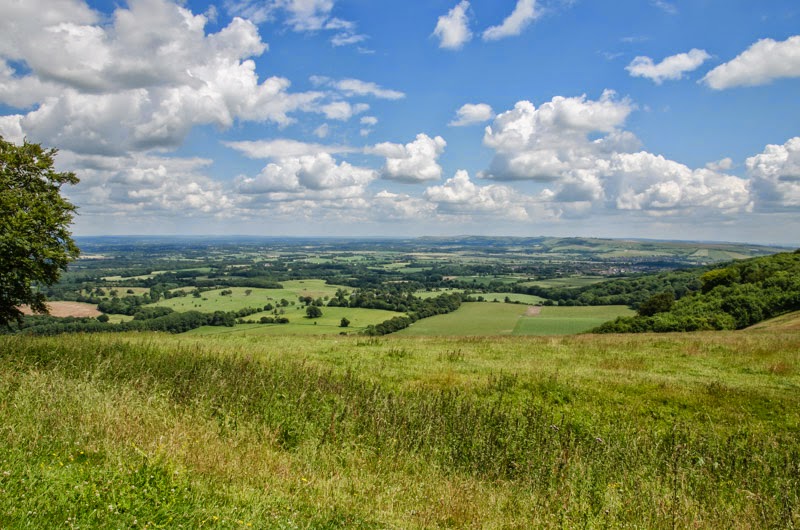 Chanctonbury Ring is an Iron Age Hill fort. Excavations have revealed that the ramparts date from 300BC. It is sited on the highest point...our ancestors weren't daft when it came to matters of defence. Quite how they managed to build ramparts on that scale [they are now much shallower than they once would have been] with the tools they had available still takes my breath away.

Archaeological digs have revealed that the Ring and surrounding area have been in use since Neolithic times. Stone age arrow heads and flint axes have been found along with Bronze Age pottery shards. I spent some time spouting forth to Mr GBT my theory that the rounded lumps on the ground before you reach the Ring looked very much to me like the remainder of burial mounds. I know all about such matters being an authority on such matters [not] but I am pleased to have discovered since carrying out further online investigations [ok nosings] that there were three early Bronze Age burial mounds which were excavated but yielded nothing. However, within another one was found a woman who died in her thirties with a Wessex style bronze dagger. This is the representation of her on our town's sundial 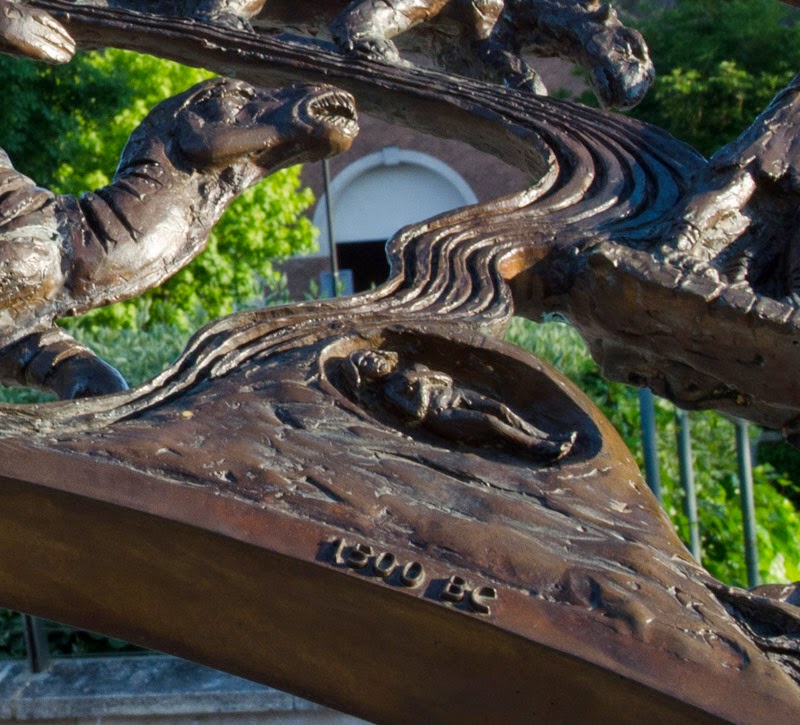 For many who are familiar with Chanctonbury it's easily recognisable by the trees planted upon it. Originally these were beech trees planted by Charles Goring in 1760. They have even given rise to their piece of weather lore.
"When old Mother Goring's got her cap on we shall soon have wet"
They were decimated by the Great Storm in 1987 but this did allow the site to be more fully explored. It is now known that the Romans built two temples there. In the intervening period new trees have been planted and the Ring is beginning to look more like its former distinctive self once again. 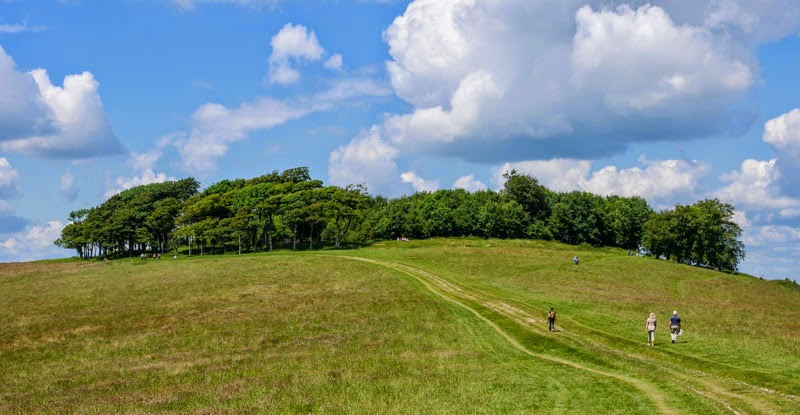 Within the vicinity of the Ring are two dew ponds. One is possibly neolithic whilst the other was constructed c1870. These type of ponds are for livestock who graze on chalk land where there is no natural water. They are circular, up to 8' deep and built within a hollow. They were lined with puddled clay and also known as cloud ponds [details from Countryfile April 2014]

Naturally such a site attracts its own folklore. Legend has it that the devil build the Ring and if you run round it seven times widdershins the devil will appear and offer you a bowl of soup for your soul. If you were hoping to conceive then you were encouraged to spent a night up there to increase your fertility and the fairies can be seen dancing there on Midsummer's Eve. Nowadays it is noted for its paranormal activity and sightings of UFOs.