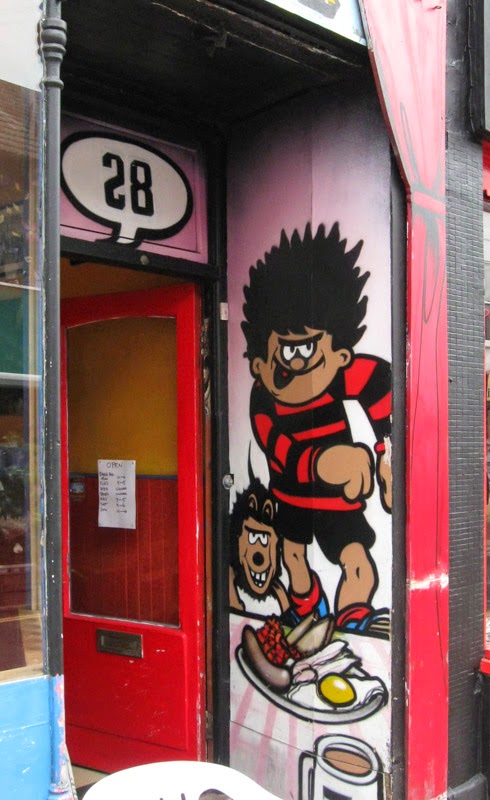 What do you get if you cross a 16 year old boy [nearly 17] with a party and a whole stack of booze?....why a raging Mother reading the riot act at 1.30 am at a still very drunk teenager who's issuing slurred apologies just having technicoloured yawned across his bedding. Now there's a reason why I know the words to this particular Parental Act as my own Mother read the self same one to me following a similar incident at a similar age. Walloping hypocrite moi?!!

That was a few days ago and despite me threatening that he was going to work the next morning hangover or no hangover he has inherited my genes in that respect and woke up bright as a button having apparently suffered no ill effects. As for me I would like to shake the hand of the washing machine inventor- pure genius.

Fast forward to earlier this week and we were chatting about this particular "incident" whilst he was helping me with the drying up. Now I am fully aware that he will no doubt down the odd alcoholic beverage or three in the not too distant future and as a damage limitation exercise I suggested that perhaps eating a bit more to line his stomach [previously all such advice had fallen on deaf ears...there's a reason why we know these things!] and perhaps he should be a bit more mindful about mixing his drinks. He looked at me askance and informed me that he'd only mixed his drinks once that night and that was when someone put a shot of vodka in with his beer. A tad confused I asked him about all the other vodka and pear schnapps he'd consumed alongside the beer...no I didn't mix them he told me...they were all drunk out of separate glasses. Bless 'im I think something had got lost in translation...I've now clarified what I meant. Realistically it's unlikely to make a difference but hey you live and learn....eventually!

PS Back in the day the teenogre was a member of the Beano fan club and Dennis was his hero! This is a shot from Brighton.
at April 22, 2015