There's been some serious chocolate consumption over here at GBT these last couple of days so thought it was high time I took my wobbly rump out for a toddle.

We deliberately chose a route that was only four miles or so to give us time to notice the beauty around us. That's the bit I find relaxes me and refreshes my soul. This time we parked in a local village and then walked from there over to the NT woods at Nymans. It's all on public footpaths so you don't need to pay to see this part of the estate.

A bank of the loveliest primroses en route.

There were lots of lesser celandine, violets and wood anemones beginning to burst forth but this one you might not notice. Granted it is dull in appearance and easily missed. Called Dog's Mercury it's highly poisonous but more interestingly it's one of the ancient woodland indicators. 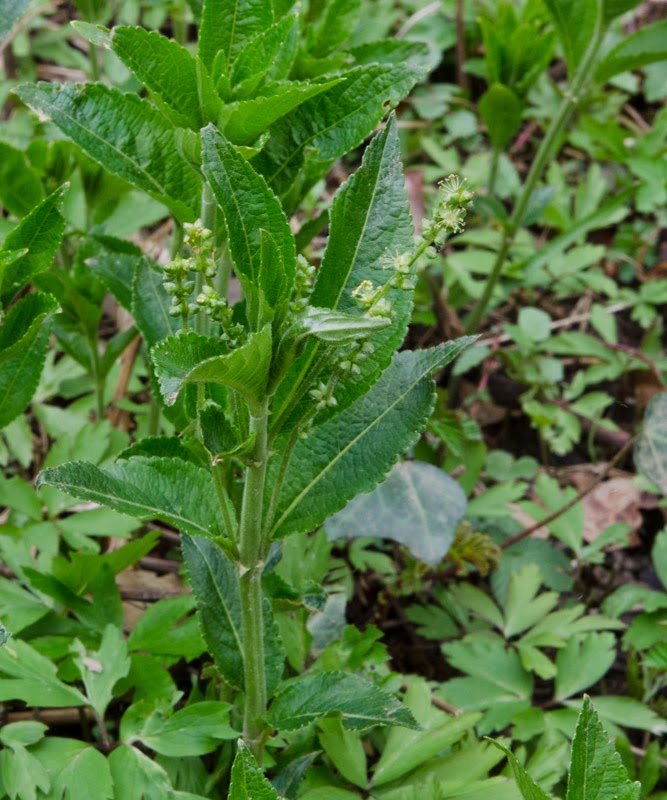 Wild Narcissi. These are becoming rarer as they cross breed with cultivated varieties. I've often wondered what the difference was between a daffodil and narcissus. They are all the narcissus genus but the word daffodil is a corruption of the word asphodel which according to legend bloomed in the meadows of the Greek afterlife. Narcissus, the young fellow who fell in love with his reflection and drowned whilst admiring himself in the water,was turned into the flower by the Gods to grow near streams for evermore. [source CountryFile  March 2015] 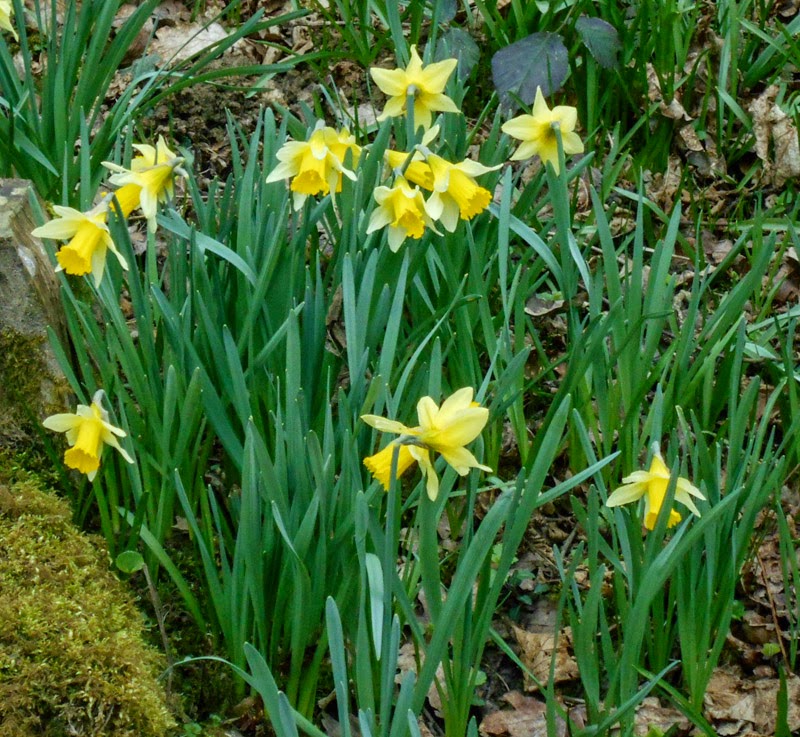 Amazing how this tree has survived with its exposed roots wrapped round the rock. 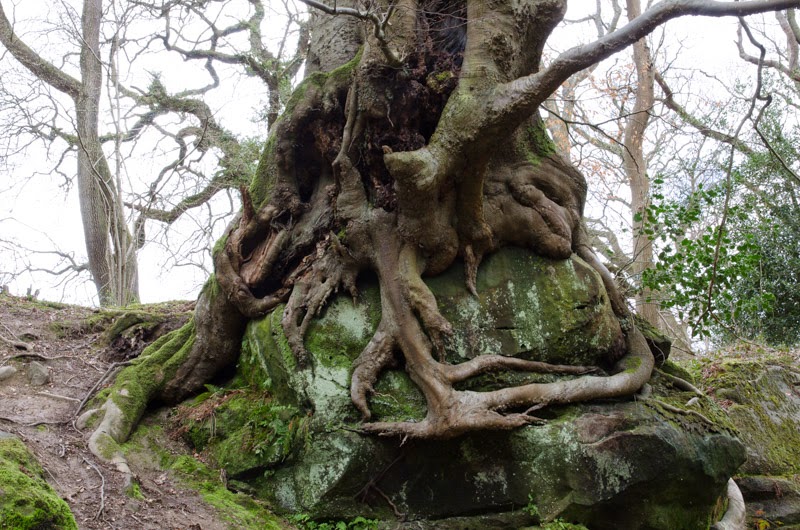 This is the Pulpit rock. Archaeological investigations in 2013 revealed Mesolithic flint tools in this area. Tradition has it that Reverend Pook preached to his congregation from here. 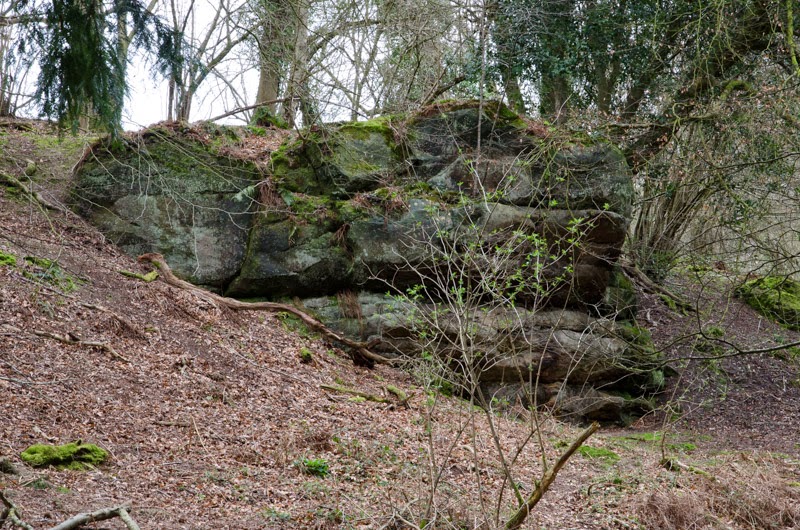 Wildwood carvings. Having seen the photos that my parents took of them recently this was the deciding factor in us making this our destination today. The first one was made by David Lucas on a dead beech. It is not only a seat but will also provide a haven for the local ecology. 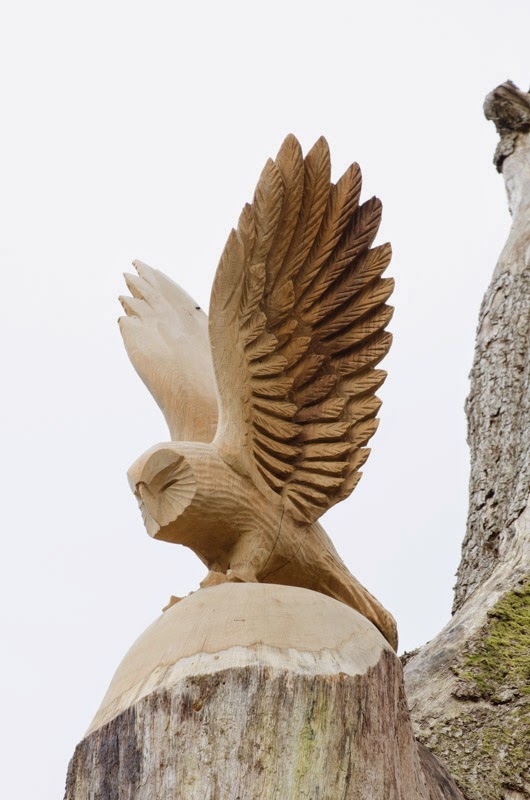 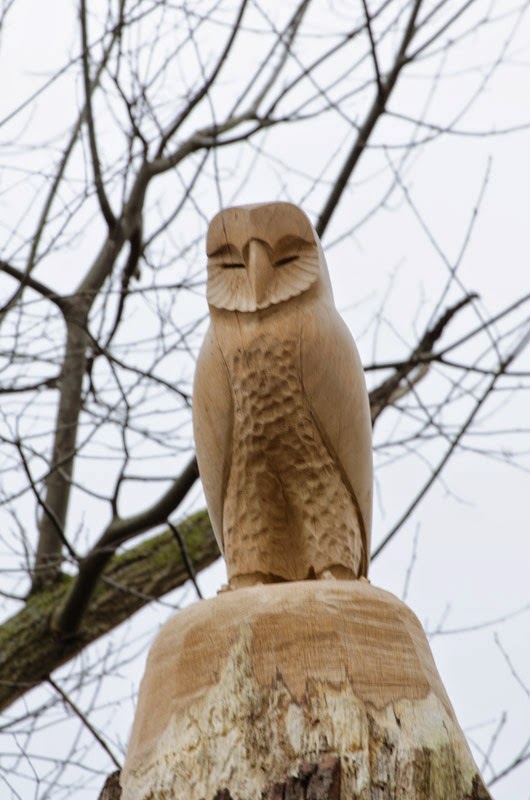