Nalbinding or binding with a needle to translate is an ancient form of working wonders with wool which predates both crochet and knitting. There have been examples of this craft which have survived since antiquity from all across the globe including an Egyptian sock and another one from the Viking settlement in York....you will note that the retaining of a single sock is not a modern day dilemma. Even today it remains popular in both Peru and the Scandinavian countries.

Having a mad five I signed up to learn how to do single needle knitting with my chum Ice Badger [another Mythago dancer] on a single day course at the Weald and Downland museum. For some reason [I know not why I had no evidence] I thought this would be a doddle...bit like the finger knitting we did as kids...erm no. I haven't concentrated that hard for that long in months and yet produced so little.... 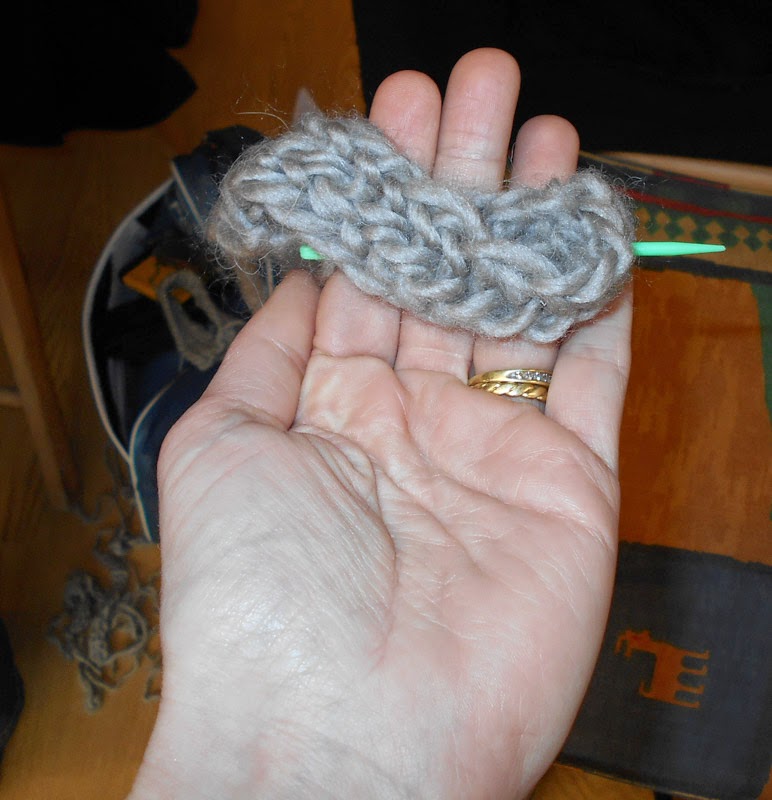 I have always been someone who takes a while to pick up new stuff and I just have to plod along at my own pace. I'd kind of got to grips with some of the basics by the end of the day whilst others had galloped ahead. Always a tortoise rather than a hare me! It's an interesting thing to have a go at. Knitted in pure wool the needle can be made from horn, wood or bone although yesterday we cut our teeth on luminous plastic darning needles! 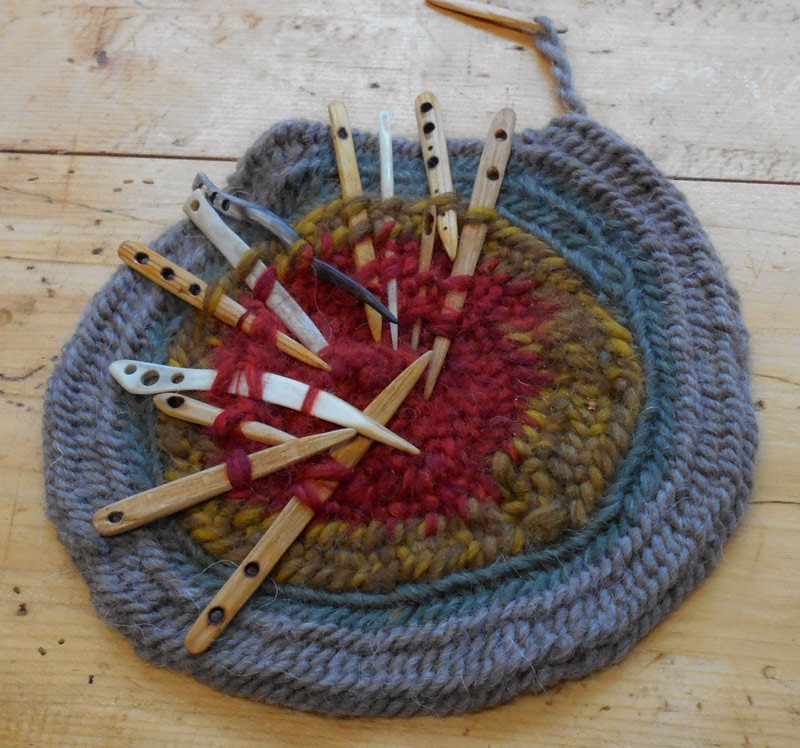 You can either knit a chain or in the round and there are various stitches to be mastered. We started with Oslo and all the patterns are written as Over or Under eg O/OU and unlike knitting it's a devil to undo if you've gone wrong [how do I know this I wonder!]. Working from lengths of wool you felt the next piece on by rubbing the fibres together- definitely no knots here. Although it takes much longer that knitting the end result is much tougher and won't unravel. The course tutor explained that with socks you can just cut the heel out when they've worn through and add in another piece of nalbinding.  The final shot shows some of the pieces that the teacher had made and brought along to show us. 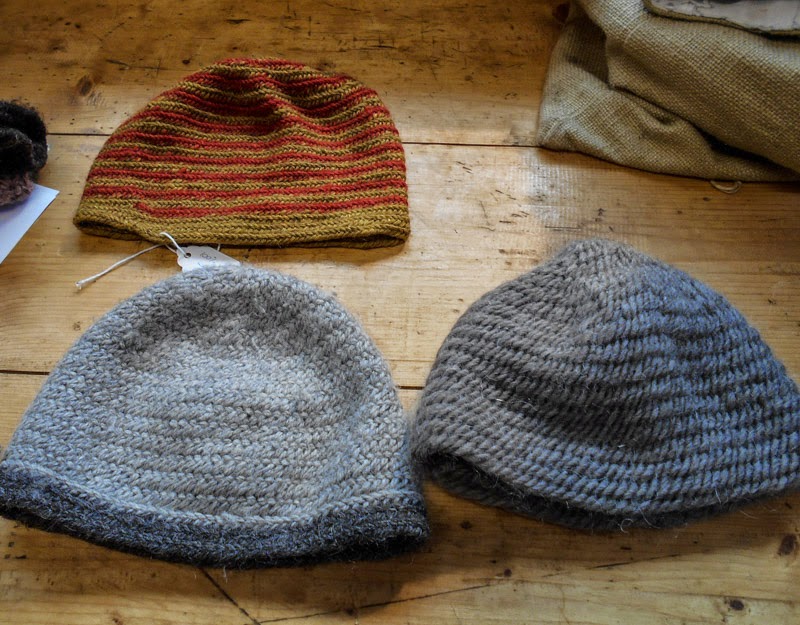 Definitely a very different way to spend an afternoon. Not sure I would carry on with it but a good experience nevertheless. This blog link shows the "how to " bit http://historic-crafts.blogspot.co.uk/2011/04/nalbinding-how-to_10.html