These past few weeks have been unsettling for us. We have had a bereavement within Mr GBT's family which has brought many difficult things to the surface for him and it's been an odd period of waiting in limbo until the funeral happened last week. The whole affair has raised a whole gamut of emotions for him without any of the usual mourning for the damage stretched back many years and the point of conciliation has long since past. The burial was a perfunctory affair with due dignity shown. I think that there will be a reaction for him and his siblings but a grieving for what should have been but never was. It has left me in a reflective mood these past few days.

Tuesday was my day off and I was badly in need of somewhere quiet to ponder. My anxiety ever lurking in the wings has returned recently but I am being proactive in returning to my CBT basics to help me as it passes. It may mean a return to a low dosage of the meds...I don't know I shall watch how things pan out over the next few weeks. I don't have a problem with that solution per se but there are other strategies I want to try and it won't be used as a knee jerk reaction.

Within our town we have a series of graveyards that have been used as previous ones have filled up. This one was the replacement for the main parish church one but now sits quietly as another has come in its place. Wild flowers bloom and it's an oasis of calm within the town centre. I had it to myself along with a couple of robins. Part of me is saddened by the unkempt graves but there is a haunting beauty to the ivy clad Victorian headstones.

I wondered if these two were a married couple and why they died so close to one another. 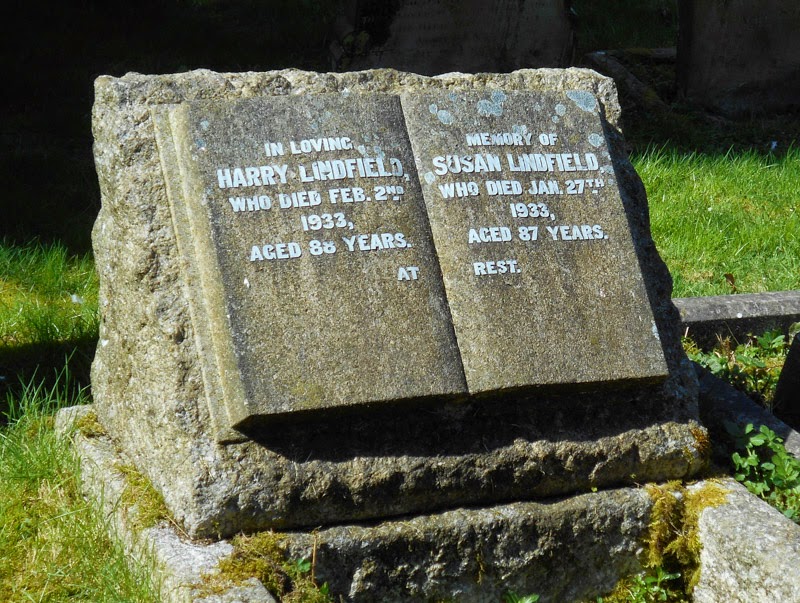 Having come to the far end of the site I discovered a peace garden of which I had previously been unaware. There is blossom on the trees but shrubs later on in the season will flesh out the bare bones. 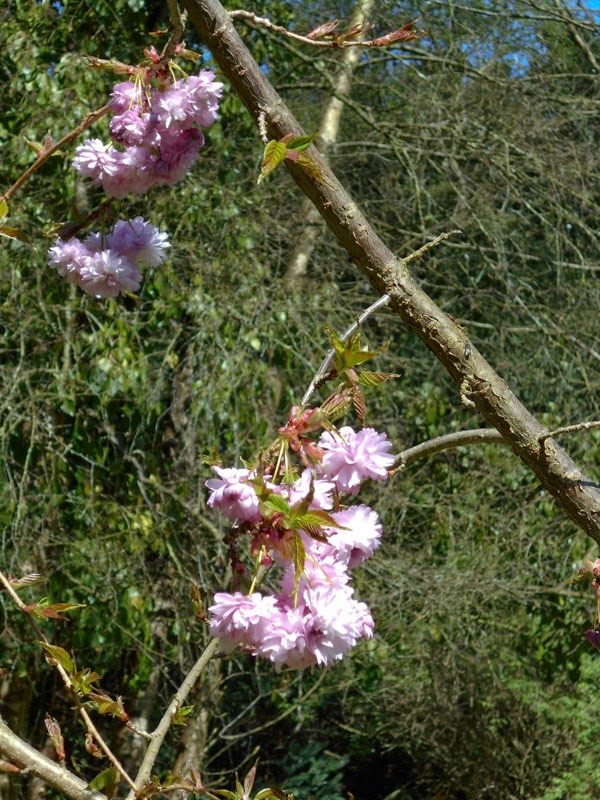 This post conveys the same message in different languages on all four sides. 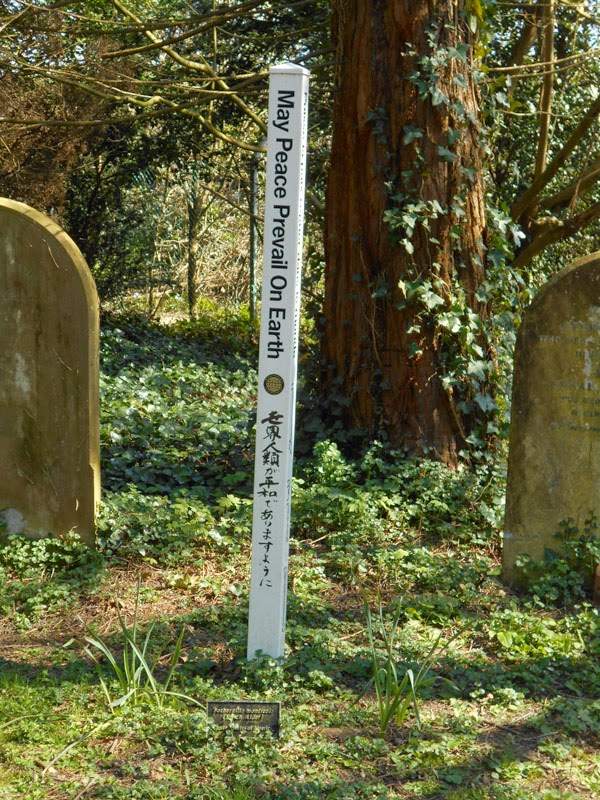 Turning round to head home I cut through the memorial garden in our local church. This seemed to sum up the whole feel to my afternoon's wanderings and wonderings. 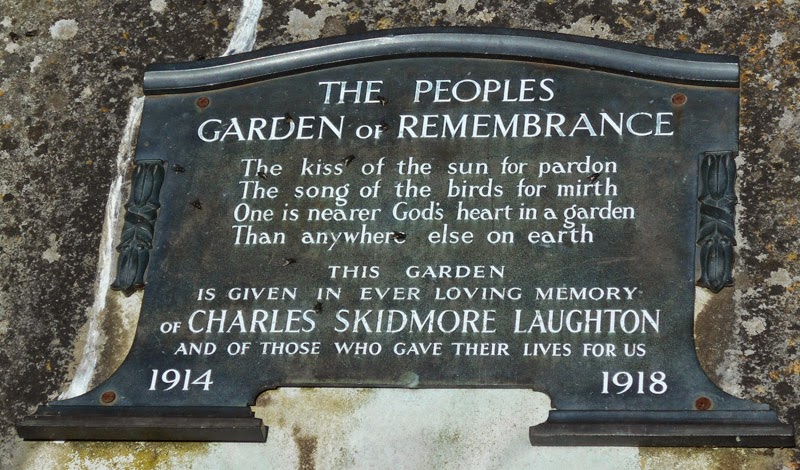 For myself I have reached the conclusion that this will be how I choose to be dispatched when I shuffle off my mortal coil. Very much in keeping with my personal outlook and Druidic beliefs.