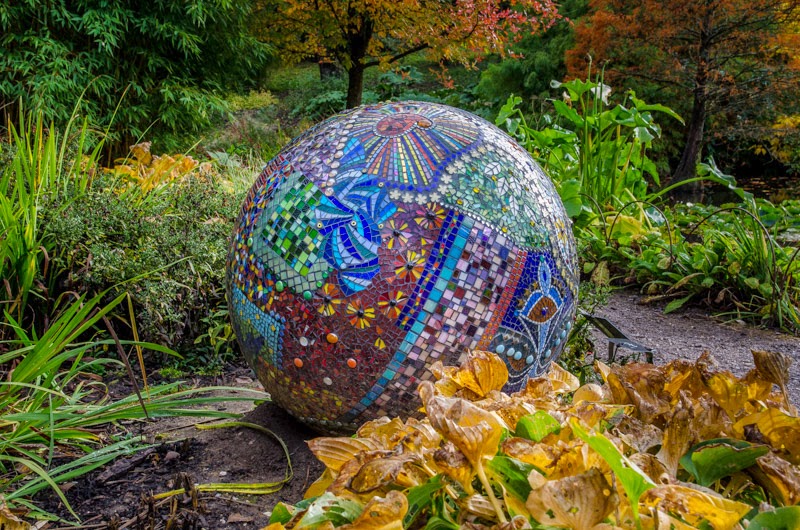 Once upon a time the small person went through a phase of collecting marbles [there were many phases during his childhood]. Most them were the bog standard cats eyes ones familiar to many but we did find a couple of places that sold unusual examples. Once he'd decided he'd outgrown these little lovelies I gave first dibs to my chum H who has a bowlful of really different ones. She very carefully picked out the ones that caught her eye [I never did work out what her criteria for choosing was] and the remainder went to his old school to be played with by the younger children.

Now you will have to forgive the photo because quite clearly it's not a marble but it's the nearest thing I've got to a photo of one. Marbles and Sussex go hand in hand. It was one of the traditional Lenten games enjoyed by many including the fishermen- starting on Ash Wednesday it ran until 12 noon on Good Friday. Carrying on the fun now every Good Friday since 1932 the Marble World Championships have been held at the Greyhound Pub in Tinsley Green. The game is believed to have started in 1588 as part of a sporting competition between two young men called Giles and Hodge who were trying to win the hand of a local milk maiden called Joan. Giles won apparently! Nowadays teams travel over from all over the world to compete.

The game itself is played with teams of six. Set up in a 6' circle each team tries to knock out the 49 marbles contained therein with their shooting marble known as a tolley. This style of game is known as a Ring Taw and comes with its very own lexicon of language. If you move your tolley closer to the target marbles this is known as "cabbaging" and any player making an illegal forward move with their shooting hand is "fudging" More of the terms are listed here http://www.greyhoundmarbles.com/#/marble-words/4552923915

It always sounds a fun day out...one day I will make it but again this year events have conspired against me [ok let's be honest I forgot it was on again!]