If I was to be totally honest I don't really know East Sussex all that well. Up until recently, other than a few forays over to Brighton and a small amount of time spent in Rye, Lewes and Hastings, over the years my travels have rarely taken me that way. Silly really as it takes less than an hour and I'm quite happy to travel that distance into Hampshire. I suspect the reason is quite simple- I went to college in the latter county and still have friends and family living that way. Since joining Mythago I've started travelling East more as I dance that way which is why I found myself exploring Alfriston after our dancing had to be cancelled at the Long Man when a couple of nasty RTAs snarled up the roads and members of our side couldn't get through.

Quite frankly it may be a small place but it's rather charming. We didn't stay long...just enough to have a brief poke about and do that most English of things....visit a cafe for tea and a bun! I think this particular instinct must be hardwired into my genes! 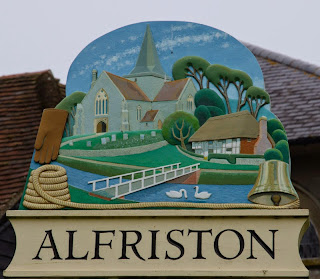 St Andrews- the so called cathedral of the South Downs. 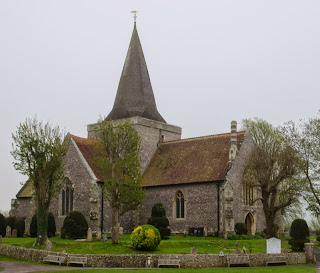 The local village shop still has the original frontage. 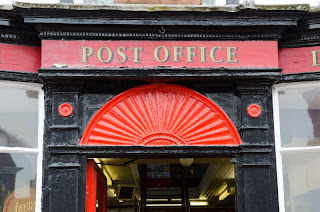 The Smugglers Inn so called because it once was the home of the infamous Stanton Collins who was the leader of a notorious early 19th century smuggling gang. 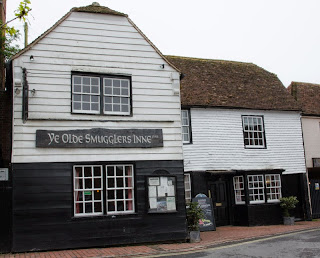 A mine washed up on the banks of the River Cuckmere in October 1943. Thankfully it didn't explode and is now being utilised as a donation collecting box for charity. 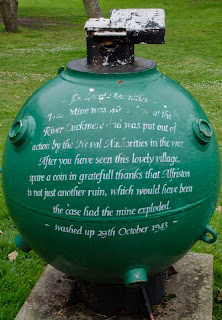 Alfriston has three inns in total. This one is The Star which has all the lovely painted green men on the exterior. Below are a few more shots of some of the other decorative figures. 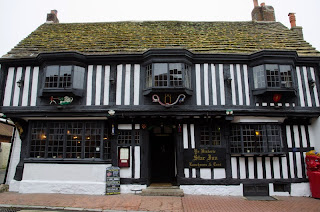 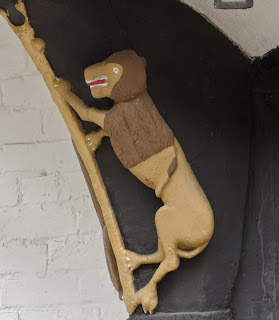 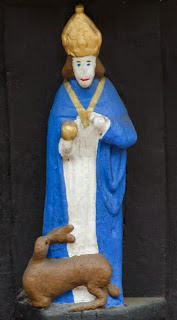 To finish this is the other side of the village sign. I don't think I've seen one before [and I have inspected a fair few in my time!] that has got different images like this. 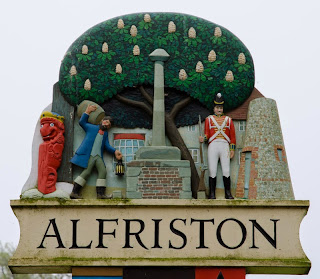