...give you a whistle stop tour of our beautiful local church having often written about so many others. As many will know I am a Druid but I love the calmness and the architecture of many of our ancient churches.

It's difficult to get a view of the front but this is the back of the church where I got married many moons ago. It was consecrated in 1247 but an earlier one is known to have stood in its place. Parts of the Norman tower remain and its guarded over by these two fellows. 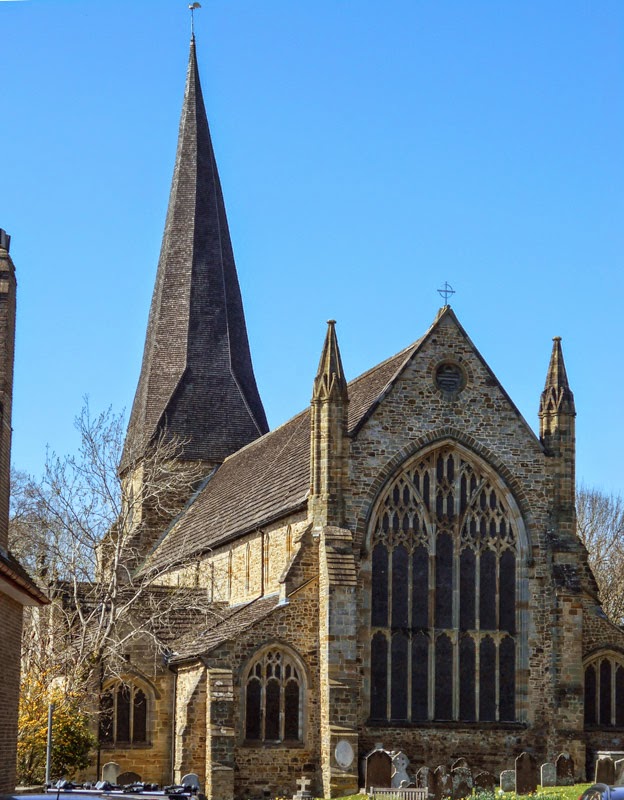 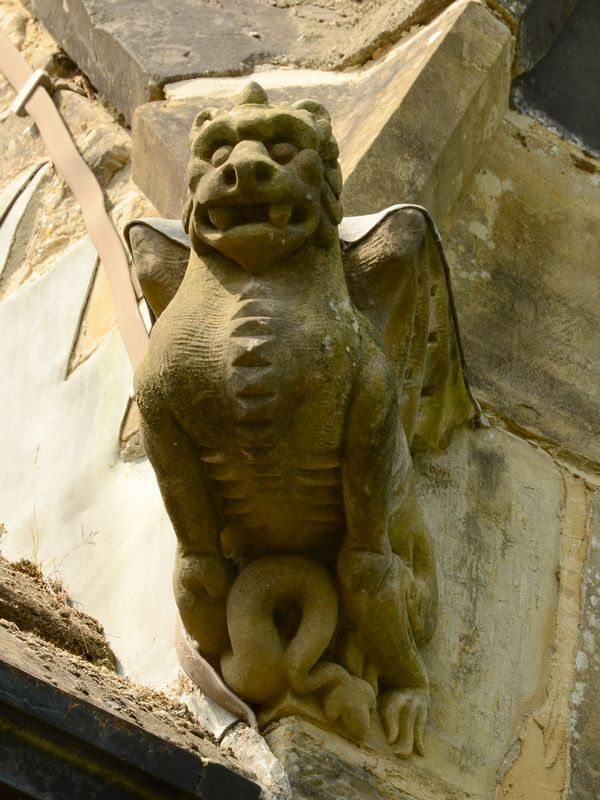 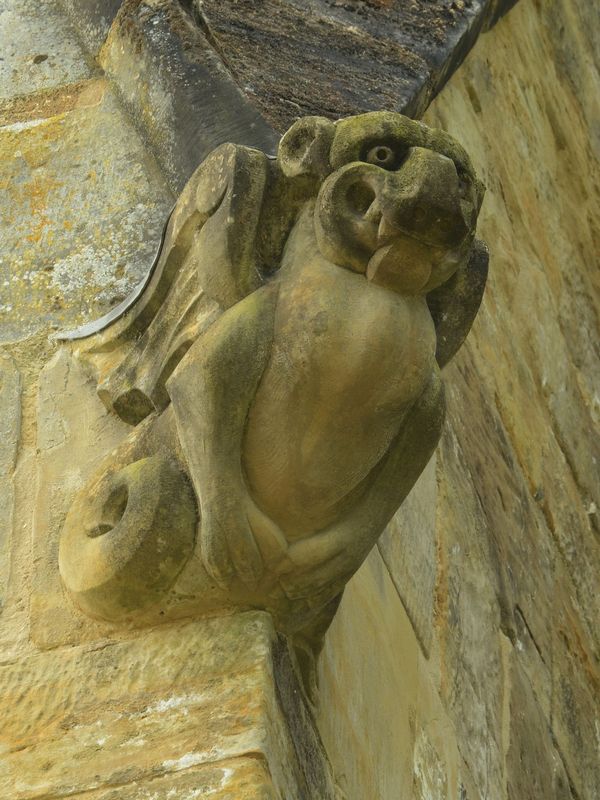 Inside it's a relatively substantial space with a wowser wagon roof and a hugely impressive 19th century stained glass window. I well remember gazing up at it my knees knocking as I waited to take my vows! It's seen much in the way of Victorian "improvements" but I have to say the legacy is a warm interior with huge hits of colour. It has not been allowed to stand still and stagnate either. The simplicity of the modern globe for the votive candles provides a welcome contrast. 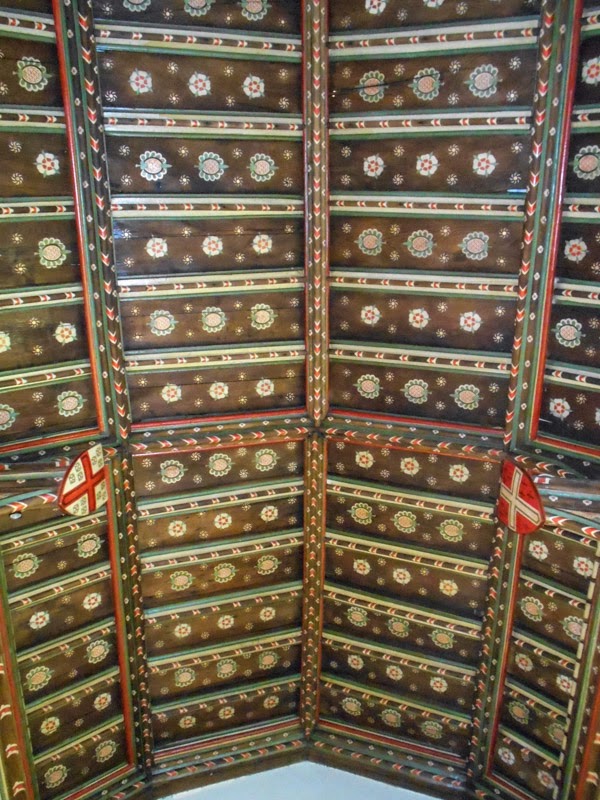 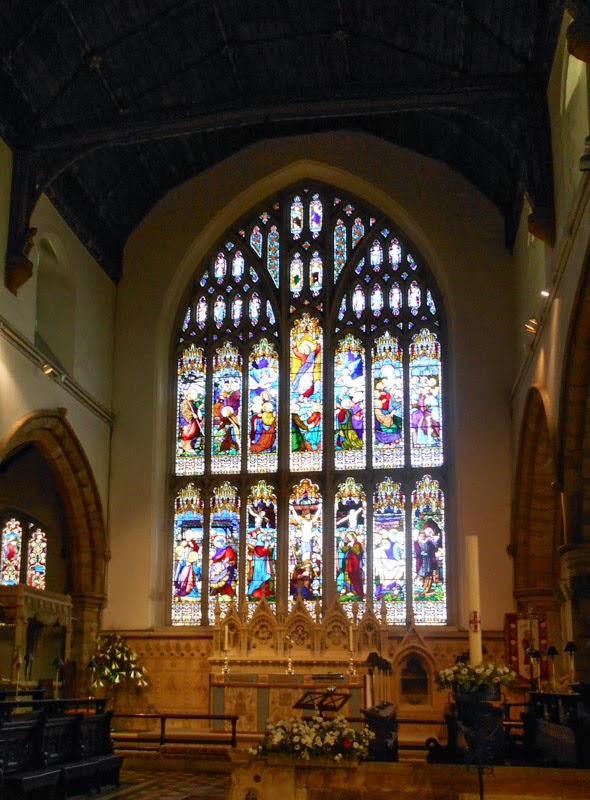 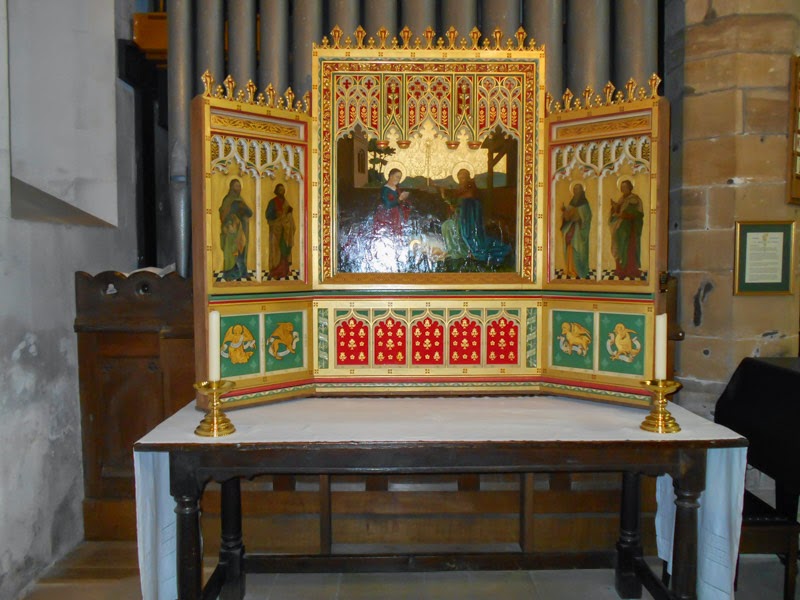 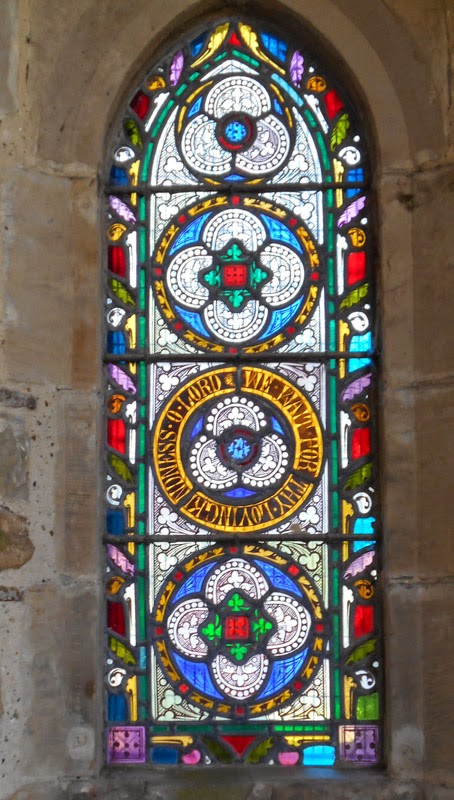 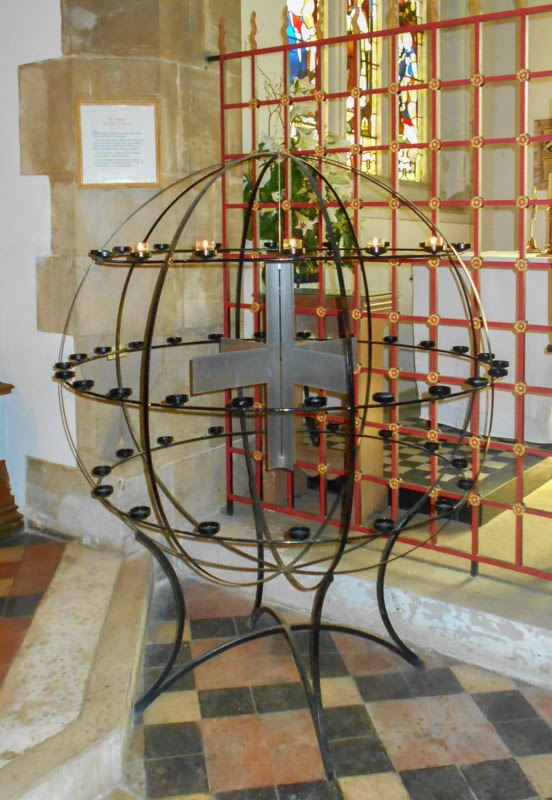 Sadly no greenmen [I've hunted] but it does sport these couple of naughty looking chaps. 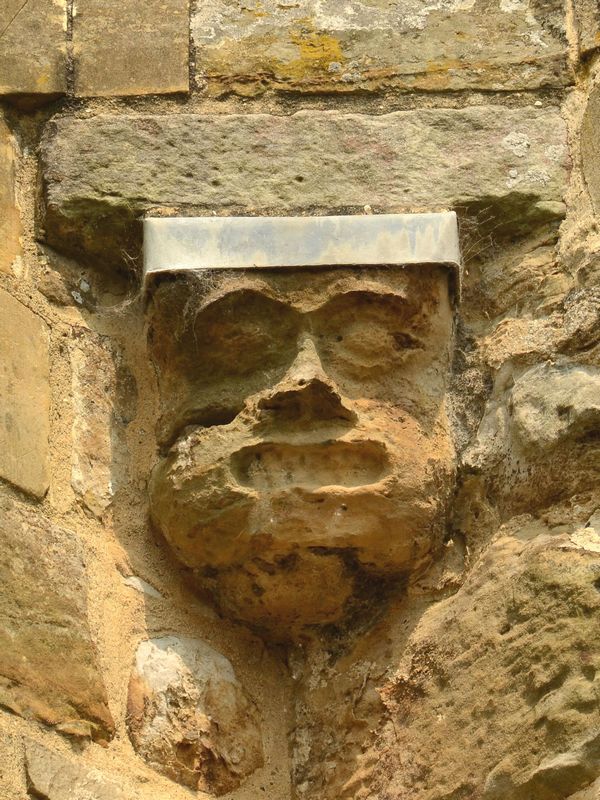 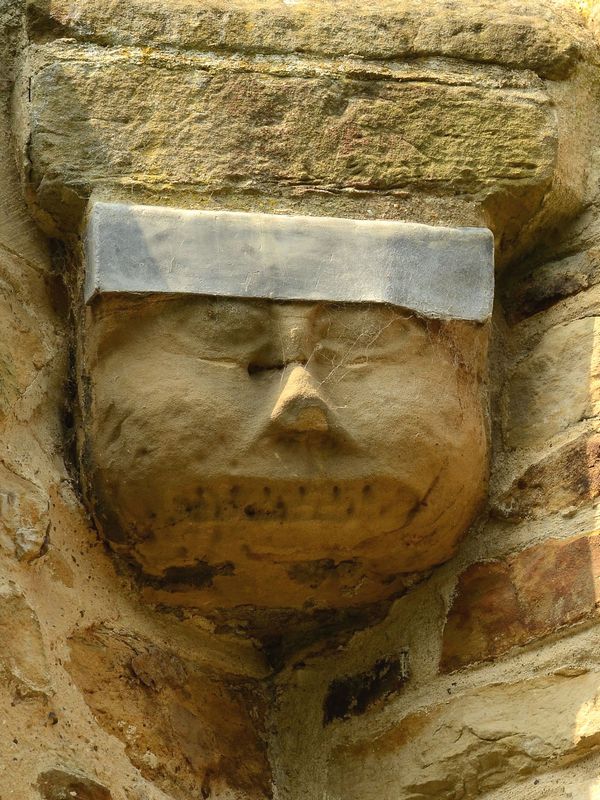 Reading up on the history on the website it seems that these weren't the only rascals. The churchwarden accounts record the prosecution of both John Carpenter for "swearinge" and John Chapman for being "drunck on ye Lordes day" in 1646! Both were fined for their misdeeds.

As to be expected I had a good old poke round the churchyard and the tombs within the church whilst there. This rather ornate tomb is made of Purbeck marble and houses Thomas Hoo who died in 1486. The snoutless knight is one Thomas de Braose who departed this world in 1395 and as for the cherubic headstone...Victorian I would imagine! 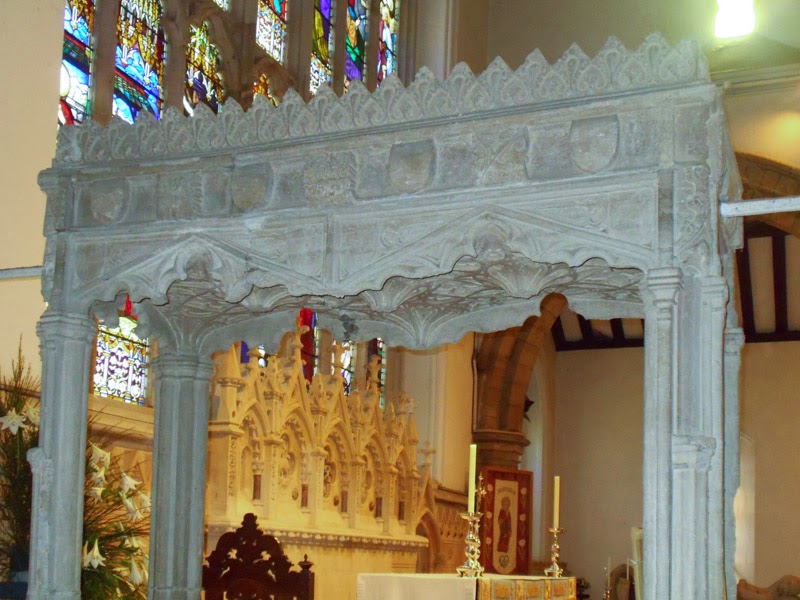 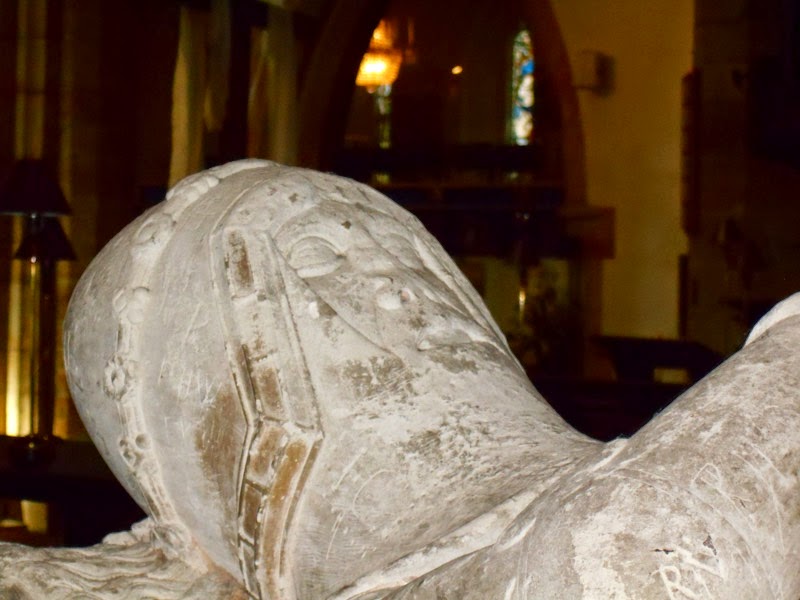 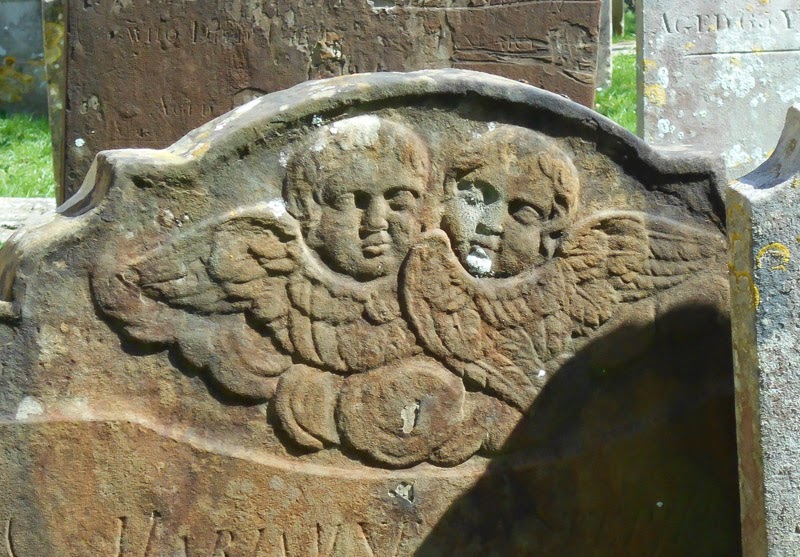 Anyway I hope you've enjoyed my whistlestop tour. As ever this blog is a marvellous way for me to explore the familiar under my nose and find once again that it's not as familiar as perhaps I might have imagined.

"The real magic of discovery lies not in seeking new landscapes but in having new eyes." Marcel Proust