It is with great delight that I have learnt that there is a name for all this ecclesiastical snooping I do...yes I confess I am a church crawler. Rather anoraky and perhaps more than a smidge of the train spotter chic about it but hey there are worse sorts of crawler I could be ...[thinking pavement edges here] so with unabashed joy allow me to inflict some of the photos from the wanderings from this year so far that didn't make the final cut the first time. Gloriously random as ever.

Burial 18th century style. No shying away from the matter in hand here with thick overlaid Victorian sentimentality...skull and bones it is. [Dunsfold, Surrey] 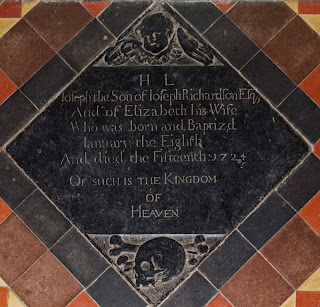 A couple taken at Berwick, East Sussex. You often find that churches are built on pre Christian sites even on raised manmade sites such as Dunsfold. This one still has the burial mound in the churchyard with the cross on top. Old meets new. 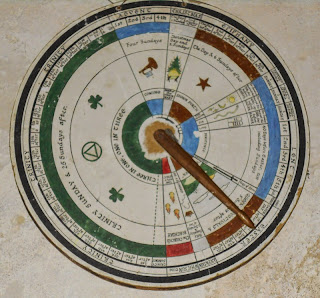 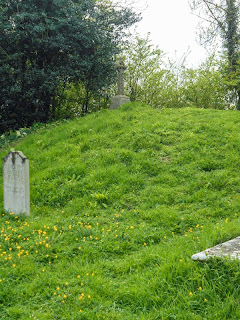 A little visual reminder in the way of scripture boards mounted on the wall in Swingfield, Kent. 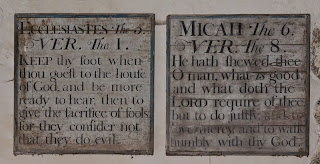 Unique survival in Slaugham, Sussex. Norman font with a pike [maybe]. A fish was an early symbol of Christianity. The other shot is of the Richard Covert monument which is notable for its fine carving- the faces are so realistic that it is probable that they are true depictions of the people they were meant to represent. 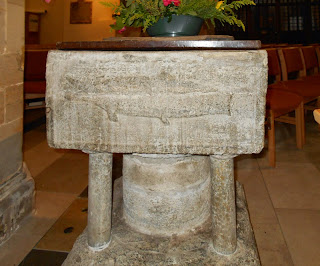 Enough for now...once the anorak is through the wash I shall zip myself in and with hood up against the wind and rain of the great British summer that may very well be just around the corner I shall be back to report upon further crawler findings.