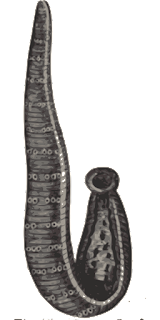 Leeches and maggots....eww doesn't that just make your skin crawl at the very thought of them. Their eating habits are not that socially acceptable to us are they [mind you I'm not all that sure that they would view us all that favourably either had they the cognitive powers!] I live near a wood called Leechpool....there's no great hidden significance to its name. Literally a pool where once people harvested leeches for a living. Given the coverage in the media in recent years, it is well known that once again leeches are favoured by the medical establishment in some circumstances.

Maggots though? Frankly as far as I was concerned any circumstances in which I encounter these wriggly nasties is not good in my book. However, I now find these too are extremely valuable in specific medical cases. A friend's elderly Aunt was suffering from a chronic ulcer on her leg a matter of weeks ago. Down to a mixture of factors it wasn't healing, so the NHS nurse brought along specially bred maggots to keep the dead flesh at bay and keep the wound clean. Apparently this comes under the remit of biotherapy.

And the sticky bit? Well that's good old honey. From a conversation with a historian some years ago I learnt that we have not always stitched up wounds [he was talking specifically about the entry wound caused by an arrow]. Instead it was left open to heal from the bottom upwards, but kept clean [I may be a little hazy on the exact details here] using honey, for as we are aware now it has antibacterial qualities aswell as providing a barrier to infection. This different approach to healing is also reappearing [not with the use of honey as far as I'm aware] as this method was used for a friend with an open wound..no stitches, just covered and kept clean during her post-op recovery in hospital.

It would seem that in amongst all the jiggery pokery our ancestors made some important discoveries, even if they didn't have the science behind how they worked they knew they did. However, I'm still grateful that we're now able to just get our hair cut or a shave at the barber's rather than chancing a limb needing to be lopped off too. Many people take our NHS for granted...it is under huge pressure, but within its walls there are amazing people working with dedication and commitment. I am proud to be able to  include a couple of my own friends in that comment.