The Bear is one of the pubs which sits slap bang in the middle of Horsham [at one time it was an area where people enjoyed the cruel "sport" of bear baiting]. It's namesake has sat above the sign for as long as I can remember other than when the odd passing lorry knocked it off. Thankfully the area has now been pedestrianised so it's safe these days. 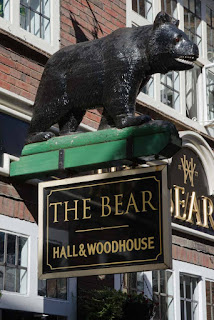 Over time the poor old thing has rather suffered from the elements and a few months ago it was taken down to be restored. I've rather missed the old fellow, so was delighted to spot him back on his spot earlier this week. Those new teeth though have made chuckle...he rather looks like he's been given a set of those celebrity veneers! 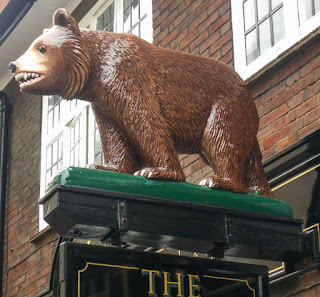 As I turned round I spotted this new-to-me piece of graffiti....I couldn't but help wonder at the similarity! 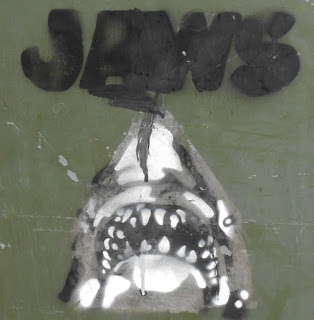 Having shared these images on our town's FB group they have caused much mirth locally! Sometimes you need something to lighten the mood eh!