Pictures from our trip over to Bury have already been shared here this week, but as ever, we maximised our time and fuel and used it to drop into the now redundant church in the nearby hamlet of North Stoke, Sussex.

St Mary's has only had its dedication since 2006 when a letter from 1275 between the Bishop of Chichester and Edward I came to light referencing it. Nowadays it's in the hands of the Churches Conservation Trust.

Nestled at the foot of the Downs along a series of narrow winding lanes, it is largely untouched and retains its quiet ambience. 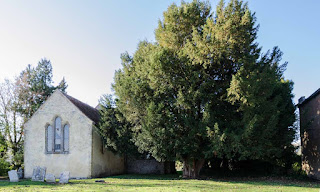 Pleasingly there are lots of little details remaining which could have been lost in any major refurbishments. These give a real sense of how vibrant the church would have once looked. Fragments of wall paintings and Medieval stained glass. 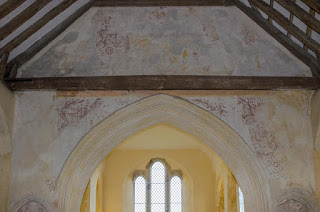 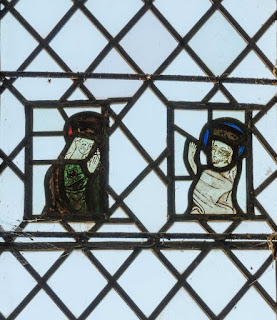 Is it a ram/sheep? We are in ovine countryside here. Certainly, a rather strange carving possibly brought in from elsewhere. Those in the know have said that sheep don't have upper teeth so it's possibly an early lion instead. The tiny hand depicted holding up the church arch reaches across the ages with its visual humour. I enjoyed being able to still smile at the mason's lighthearted joke. 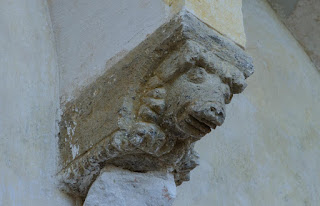 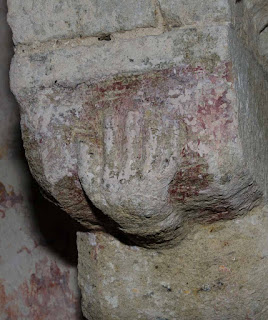 More of those so called witch marks carved around the exterior of the door frame. It was important to keep those evil spirits at bay.

To close these two were my favourite. I have learnt through bitter experience to do a final recce of the church before I leave because of countless previous occasions when I've later found out that I've missed a treasure or three. It doesn't stop it from happening, but it has increased my batting average. These wall brackets looked pretty standard and not worth a second look really, but I checked underneath. Imagine my surprise when I found these two tiny monks peeking out at me! Lovely surprise. 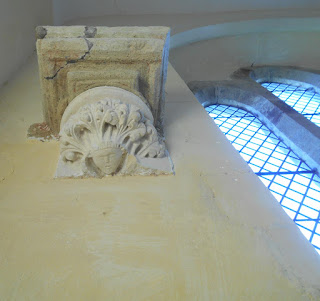 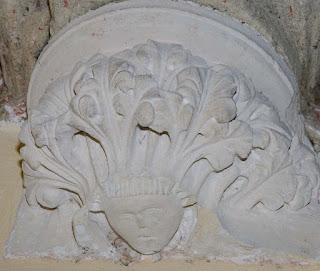 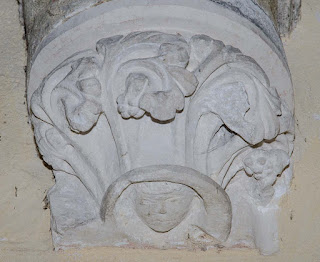