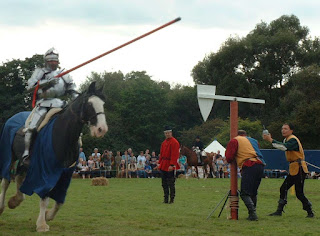 I heard a chap on the TV recently say "There's no point tilting at windmills." At the time I wondered what on earth he meant. I intended to look it up, but as you know life moves on and it fell out of my head.

This week I've read a short article about a quintain in Offham. This is one of those posts which the knights on horseback [and other young men] would ride towards at breakneck speed whilst trying to knock one end of the crossbar with their lance point  upon which would have been mounted a shield or something similar as a target. It was not uncommon for the rider to be unseated as the other side whipped round.  Known as 'tilting the ring' it was both popular at the Medieval jousts and a good way of honing the fighting skills and building up the speed needed on the battlefield. The homeowners who live around the green in Offham have it written into their house deeds that they must maintain the quintain and yes I now understand why it would be totally futile to trying tilting at windmills! 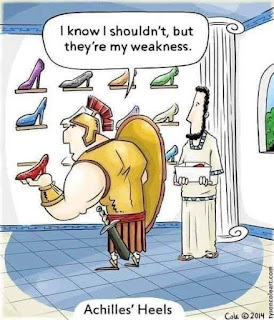