Rarely do I get an afternoon off these days now that I am self employed so when the opportunity arises I'm not going to turn down the chance to go out on an outing irrespective of what the weather is proposing!

Today dear chum E joined me for a sortie to Henfield. One of the places on my hit list to visit was The Cat House, which is one of the village's famous landmarks. It was owned by George or Robert [my research shows both names] Ward who had a canary. Unfortunately the little bird met an ignominious end when it was killed by the Canon, Nathaniel Woodard's, cat. Ward did not take the news well it could be said- instead he sought revenge by decorating his house with cats holding birds to remind Woodard of his feline's misdemeanour. He also strung up strings of sea shells to rattle and a black figure would appear at the zulu hole when the Canon was seen approaching [I have no idea what a zulu hole is either! Later on I discovered that Ward used to blow a horn out of it. The Zulu reference maybe because he fought in the Zulu wars] 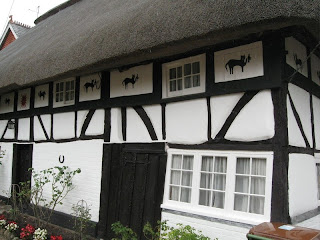 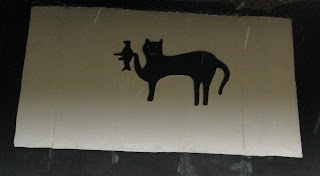 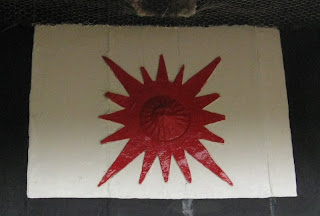 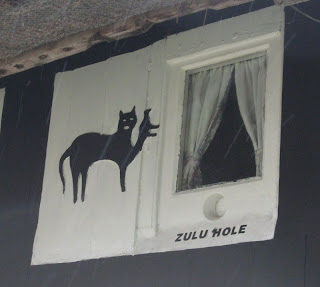 As we were just round the corner from St Peter's we thought it would be rude not to pay it a quick visit. I really liked the way all the kneelers were piled up against the screen so you could see all the beautiful needlepoint. Being a committed corvid fan I was most pleased to see the magpie one!

And finally this rather charming little door- to my eyes it looks more to be built for a gnome. I am always surprised by just how small people were in years gone by.

By this time everything was becoming rather wet and squelchy so we retired disgracefully for a cuppa and snack- mission accomplished! 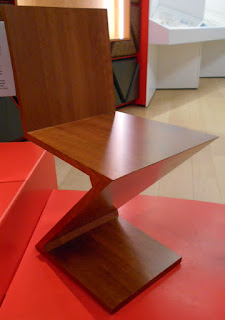