Fortified....and for once not by sherry......no I am talking about Shoreham Fort aka Shoreham Redoubt.

Built in 1857 against possible French attack it would seem it was too little too late and by 1873 a report not only found that it was obsolete but it had inadequate defences. The recommendation to demolish it and rebuild a fort that was fit for purpose was not followed through so the remains can still be viewed for free today. In the intervening period it's been used as a film set and was part of the Emergency Coastal Battery during WWII. Nowadays there's a dedicated team of volunteers who put in many hours restoring the buildings and their longterm aim is to open a museum on the site. On certain days through the year they offer guided tours. 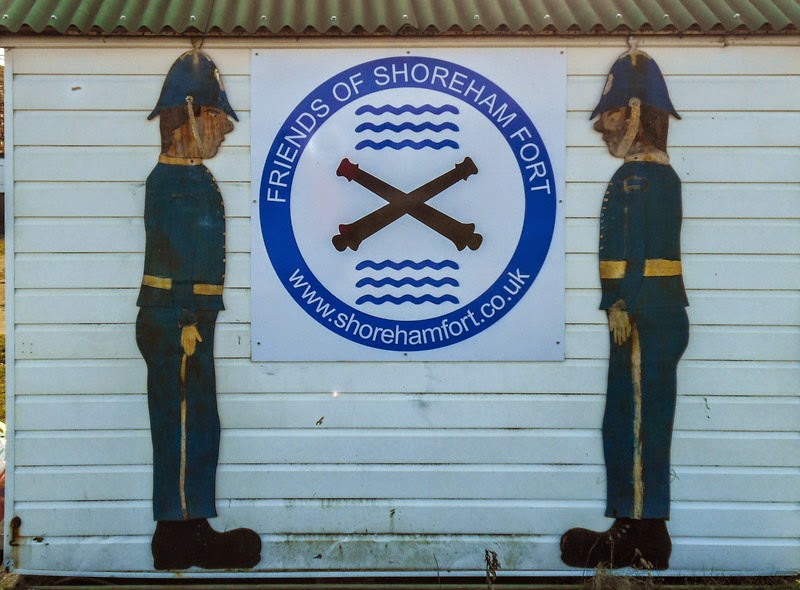 Reading up about it on my friend Wikipedia I am now able to stun you with the following regurgitated facts I have gleaned about its construction.

View along the gun platform. 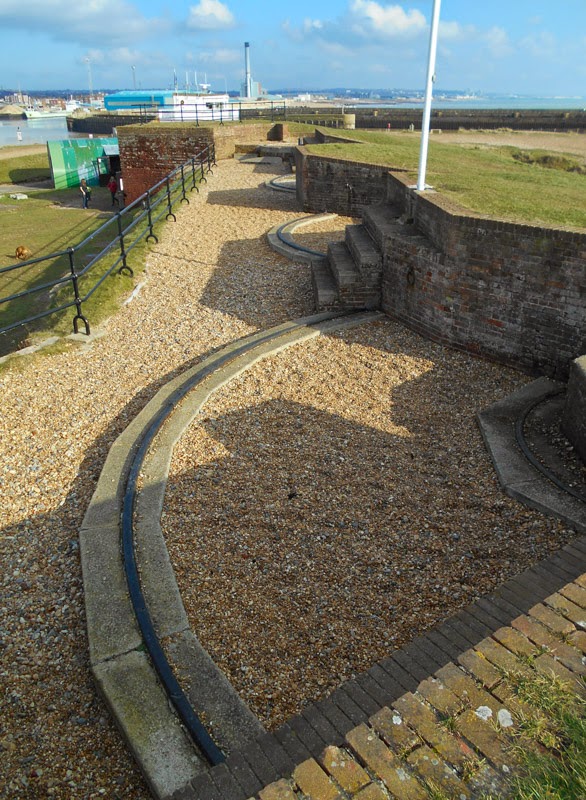 This rather interestingly shaped building is called a caponier. There are three in total and they were designed to allow the soldiers to fire along the walls at any invaders that were in the ditch. 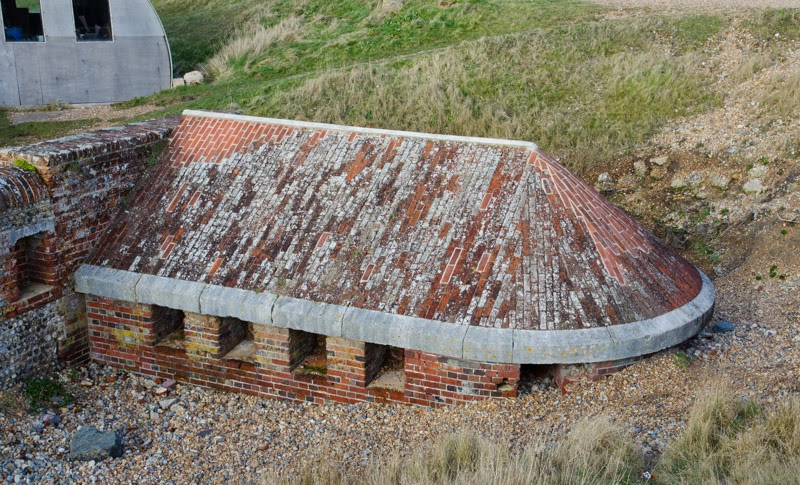 The wall is known as a carnot wall which is a type of looped hole wall. And then there was this which is clearly neither Victorian nor part of the fort. 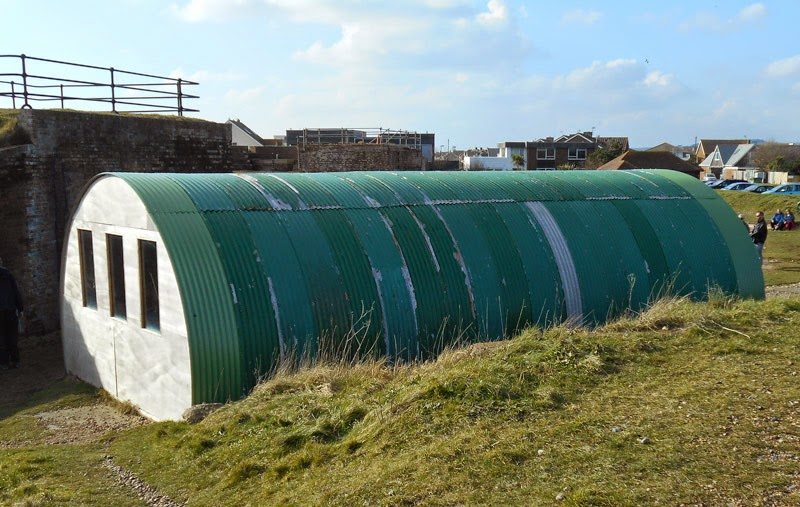 The Nissen hut had been lived in by two land girls in Chichester since WWII original story here http://www.dailymail.co.uk/news/article-2257101/Three-bedroom-WWII-Nissen-hut-home-wartime-land-girls-56-years-emerges-sale.html It was dismantled and moved to its current location in 2014 and eventually it will become a study centre for the volunteers.