My little brain often swirls and whirls around with questions that are, granted, on a world stage small fry...neither earth shattering nor of any great importance but they niggle away until I remember to find out the answer.

One such wondering that has frequently assailed me is "Why are the weathervanes on churches more often than not depicted with a rooster or less often a flag?" I had devised my own little pet theory about the former but still have no definitive answer for the latter. More of that later 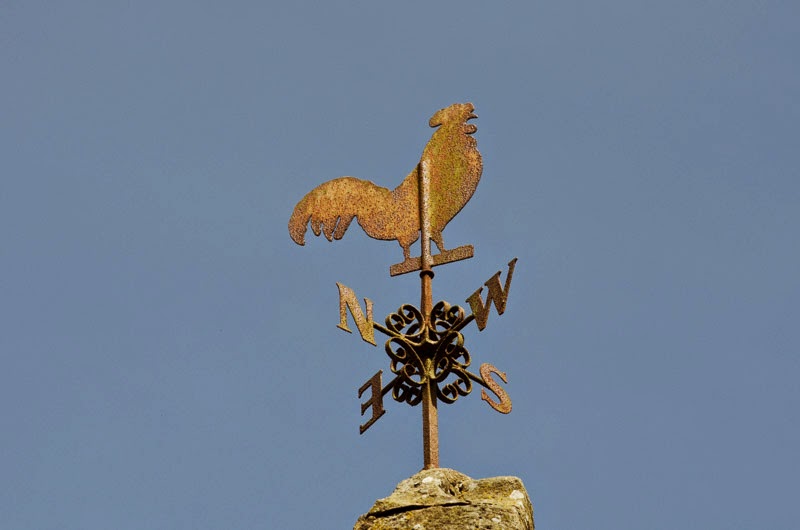 The earliest recorded weathervane was in 48BC on the Tower of Winds in Athens and was dedicated to the Greek god Triton. Viking examples have been discovered and they continue to be popular right up to the present day.

As to the roosters...it seems probable that the Pope decreed in the 9th century that all steeples should bear a cockerel to remind all of Jesus's correct prophecy that the cock would not crow the next morning after the Last Supper until Peter had denied him three times. The flags? The word vane is derived from the Saxon fane meaning flag. The pennants are very reminiscent of the fabric banners that originally adorned the Medieval towers and acted as a reference point for the archers when calculating the wind direction.

It always tickles me when I find a new one as yesterday was a case in point with the horses ploughing. The others have all been spotted whilst out and about on various wanderings over the past few months. 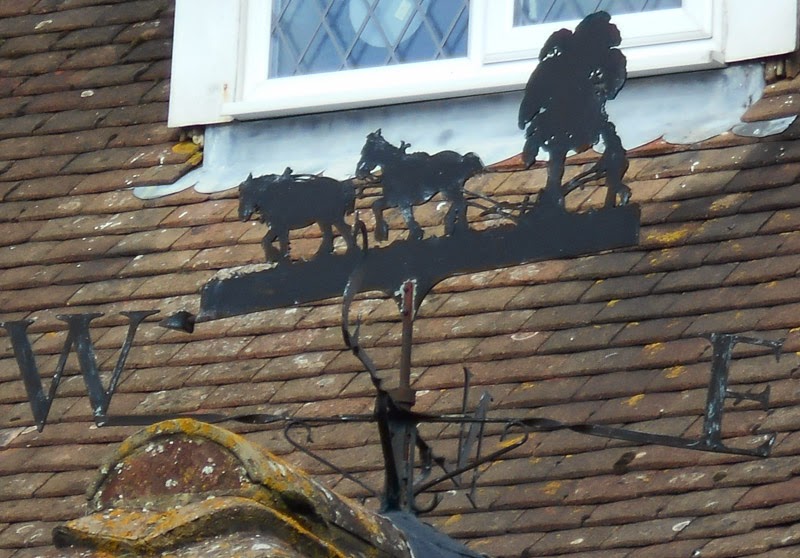 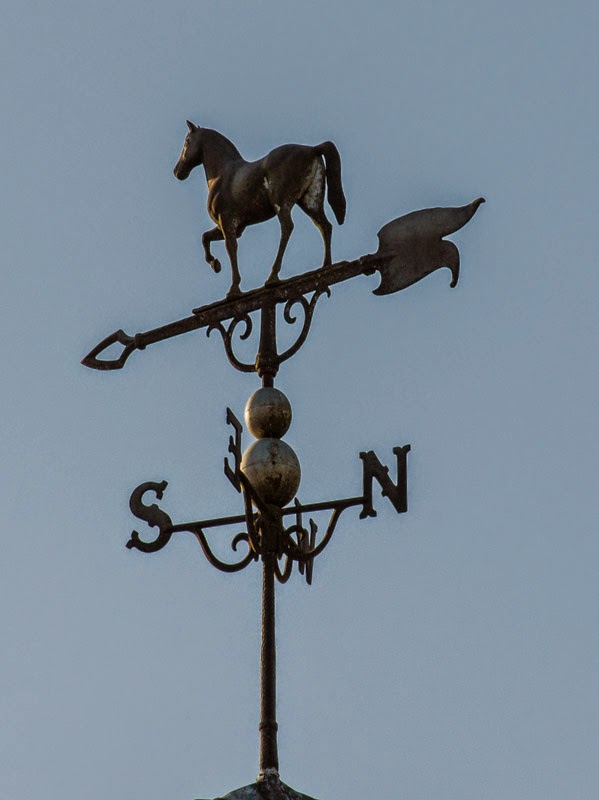 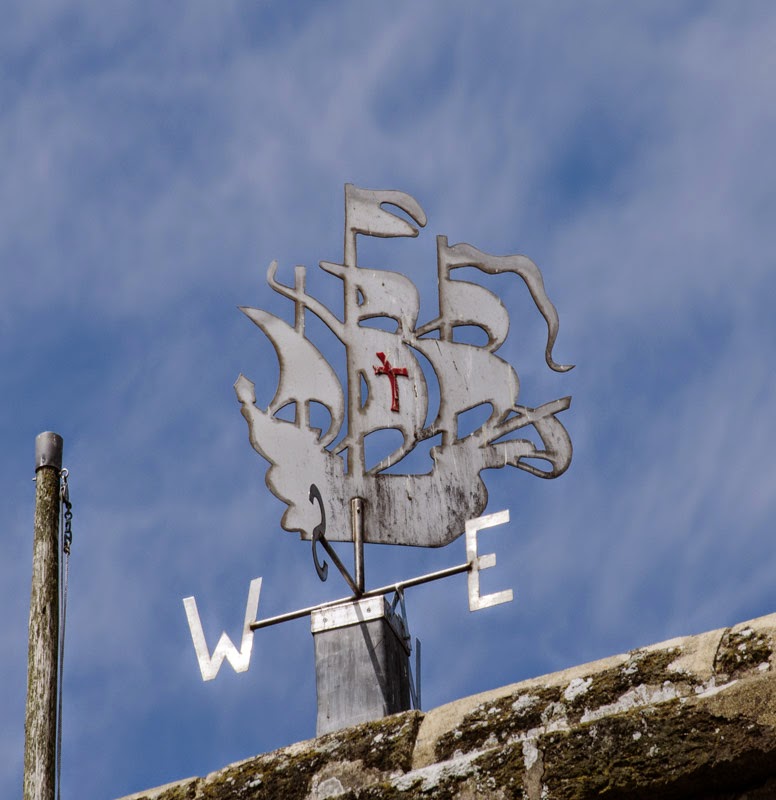 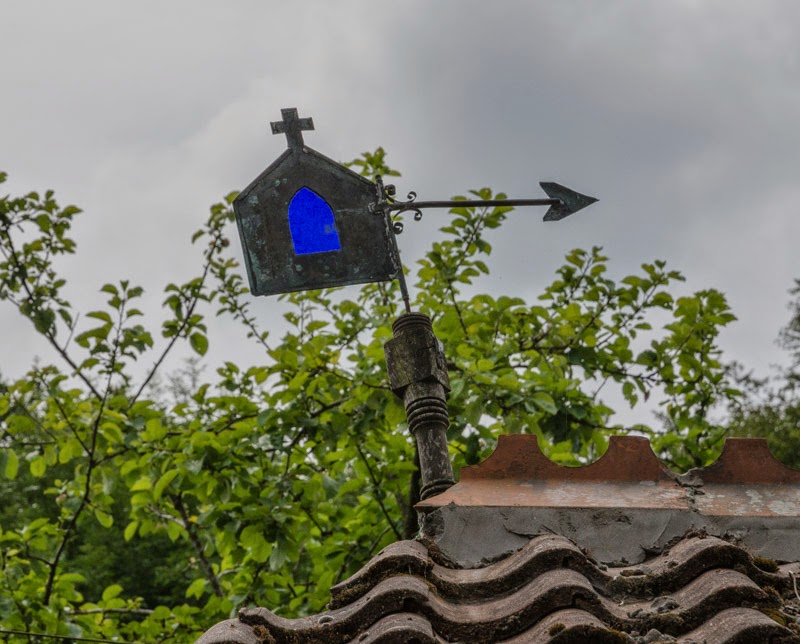