What's a gal to do when the list of seemingly never ending jobs just keeps getting longer?..why this particular dame said "Sod it- if today was my last day on earth I wouldn't want to have spent it just doing the ironing".  Mr GBT was press ganged into service [the prospect of having to paint the shed wasn't exactly filling him with enthusiasm either!] and away we sped in the metal box with a wheel at each corner.

We didn't travel far. There's so much yet to discover both here in Sussex and just over the border in Surrey which I have spent years ignoring.  Now, having resolved to be a tourist at home aswell as when away on my hols, I am gradually rectifying this. This time we mosied on down to a small village at the foot of the South Downs called Bramber.

Originally sited on an old trade route between Cornwall and Kent, William the Conqueror recognised the strategic importance of the Bramber Rape [term describing the division of areas in Sussex] for defending the weak spots on the coastline near Shoreham. His baron William de Braose was granted the land to maintain the Norman stronghold against invasion and in 1073 built both the church and the remains of the castle that can be seen today. 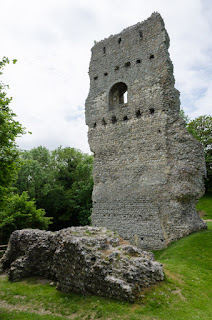 There's not a lot left of the castle to be frank- just bits of the curtain wall and the tower which has become a bit of a local landmark. Although owned by English Heritage, it's open access and free entry to all so is a popular spot for folk of all ages to kick back and relax. 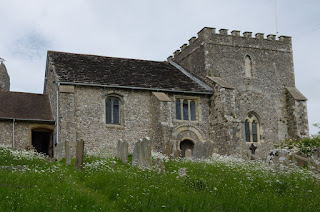 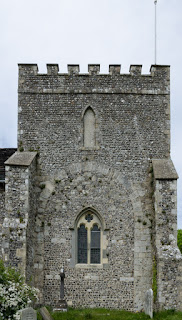 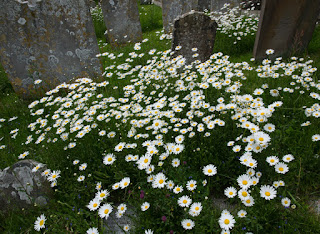 The church of St Nicholas is a bit of a curious egg ...rather stubby in appearance really. However, further investigation soon revealed that various bits have been lopped off during its life. The churchyard is awash with wild flowers. When I first met Mr GBT 25 years ago we used to call these white floral affairs Sodding Great Daisies. The first present I ever bought him was a wildflower book and from there we learnt that they are, of course, Oxeye Daisies. I still prefer our pet name for them.

The notice board  in the porch kindly informed me that St Nicholas is dedicated to more individuals than any other Saint so I in turn [being a kind and generous soul] am going to impart this very same info here- children, sailors, virgins, merchants, pawnbrokers, apothecaries, perfumiers and Russia [oh and Bramber too I suppose]. I also gleaned that the 11th century Norman carvings are unusual but the staff with the Maltese Cross is a later 14th century addition and refers back to the connection with the Knights Templar who were associated with the land upon which St Mary's house [see below] now stands. 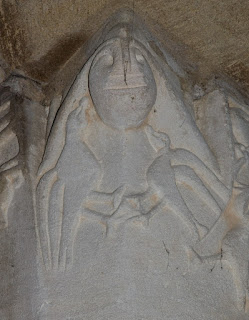 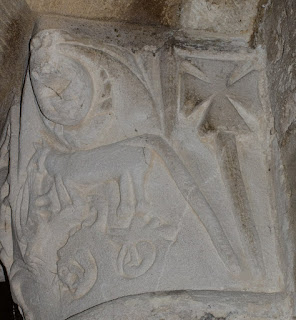 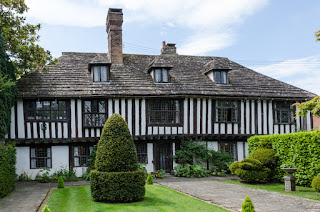 The house was our final port of call. The "house" bit is rather a misnomer as it was built as a monastic inn for pilgrims walking along the Downs from Winchester to Canterbury. The ground floor would have been open plan with dormitories upstairs but it was subdivided into rooms when it was sold to become a private dwelling. Still within private hands it is open to the public during the Summer months. More info here http://www.stmarysbramber.co.uk/index.htm I have been meaning to go for ages and it didn't disappoint. Oh and I did do the ironing...I was in a much more receptive mood upon my return!