On average I manage one trip to the Weald and Downland museum in West Sussex per year. Arriving early before it's too busy and we're performing, I like to have a quiet wander around first to catch up with what's been happening since my last snouting.

It would appear quite a lot this season if the wall of new reception buildings are anything to go by. There's a snazzy new shop and cafe combo, but I'm much more interested in this new old building.

This is the reconstruction of a Saxon house based upon the footprint left behind by an authentic one in the West Sussex town of Steyning. My understanding is that it's going to be left untouched to see how it is affected by the elements and to give the archaeologists an idea of just how long it might have stood intact in a habitable condition. The rectangular aperture is where the mattress would have been and there is another one situated in the opposite wall. 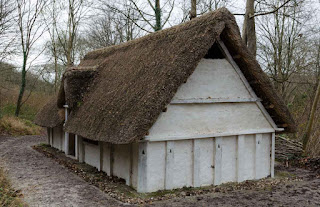 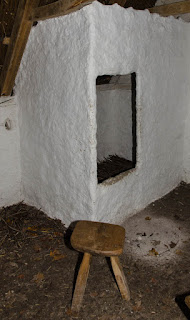 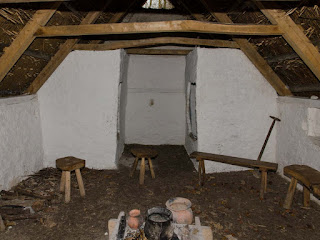 As a lover of dragons this recent piece of chainsaw piece of wizardry has appeared in the new children's play area. This particular dragon is the Knucker and is local to Sussex. Details of his story are here https://gnatbottomedtowers.blogspot.co.uk/2014/12/dancing-with-dragons.html The superb bench depicts the female Knucker guarding her eggs, with one being cracked it looks like it won't be long before her babies arrive! This is the work of Rob Beckinsale. 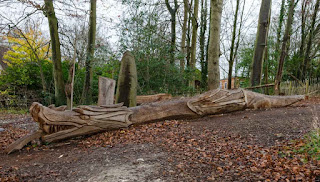 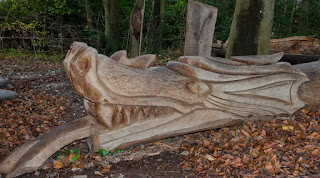 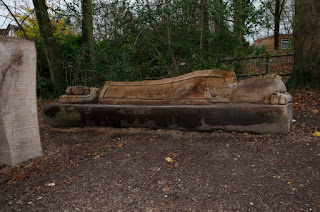 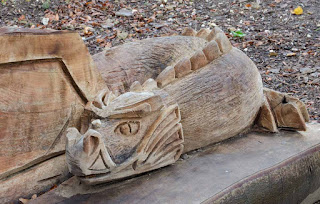 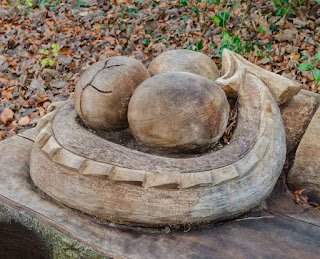