Today I am lucky enough to be receiving 4lb of medlars. Along with the quince, it's a fruit that's largely fallen out of favour. It's in season now and is rather a curious egg because you have to wait until it has gone rotten [bletted to be correct] before you can use it. 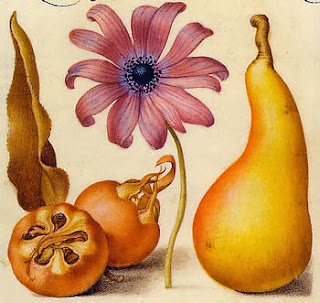 It originated in the area near the Caspian Sea 3000 years ago north of Iran where it was used medicinally for diarrhoea, bloating of the stomach and throat abscesses. It was introduced to Greece in 700BC and subsequently popular both with the Romans and during Medieval Times. Chaucer uses its bletted state as a symbol of prostitution in the Reeve's Tale. The Elizabethans saucily referred to it as 'open arse' because of its shape- one doesn't need to take a huge leap of imagination to see the similarity! Whilst the Victorians used it to make delicate sweetmeats 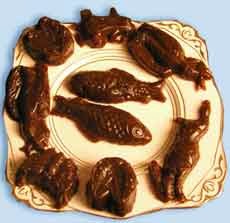 Nowadays it is mainly used to make curd and jelly which is the route we or should I say my Dad will be taking! It is an unusual taste but one definitely worth trying.