As you might have guessed ho-hum I am just a little bit of a history fan- not so much the big stuff but social history- the everyday lives and experiences of the masses that go unrecorded. Every once in a while I get a chance to glimpse of their world in the faint hints that have escaped our wanton destruction.

Last week, whilst watching The Tudor Abbey Farm, Ruth Goodman visited St Teilo's at St Fagan's- a medieval church which has had its original wall paintings [preserved under the plaster] repainted to give an idea of how they would have appeared to the congregation in 1520. One is immediately struck by the colour and vibrancy of the images as they were used to inform and educate their largely illiterate audience. It was a new discovery to me and definitely on the list of places to visit. The following link gives you both pictures and a brief description.

I am incredibly lucky that in my little part of the world we have a handful of churches within close proximity of one another which still have their original paintings remaining. The similarities in the work has given rise to the belief that they were probably created by the same artist travelling from one to another. 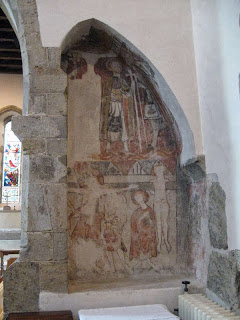 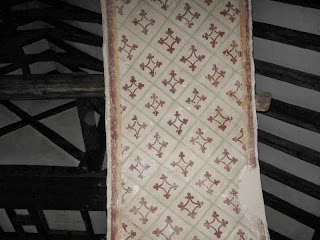 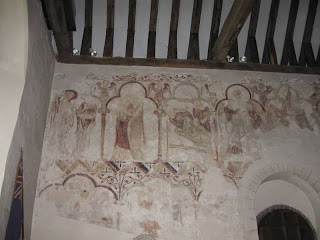 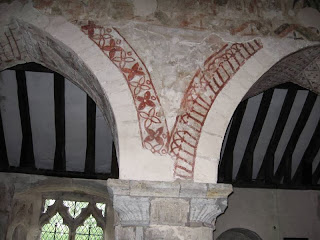 And last but most definitely not least- St Botolph's, Hardham 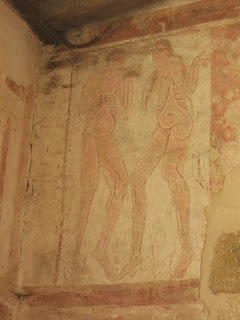 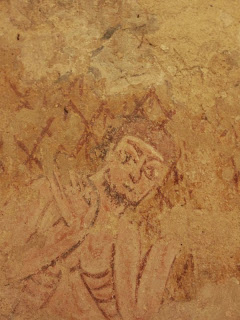 If you are ever near this little church it has extensive wall art remaining and is charming- it has a leper hole as well.
More detail for you from here
http://www.arunchurches.com/wallpaintings.html