Pewter coloured skies and Adam's ale falling by the bucket load from it- that's what greeted us when Mr GBT and I skipped off on a smug marrieds' outing last week [the small person was hiking with my Dad]. However, despite the gloomy conditions Chester seems to be a remarkably upbeat and lively city awash with great swathes of colour.

Having found the Tourist Office and discovered that the cathedral has reverted to donation only rather than the obligatory entrance fee we paid our dues and a quick visit. It's built from the local red sandstone and seemed rather dismal to my eyes from the outside [I'm used to the much lighter coloured stone cathedrals in the South] but this initial impression was soon shot down in flames once we'd found our way in- it's ablaze with candles and different points for quiet meditation and it seems to have regained the feeling of being a church- something that a lot of the cathedrals I've visited over the last few years seem sadly lacking. They have more the atmosphere of a tourist attraction. And for moi, just mildly keen on great sweeps of bright, eye catching details I was more than happy! 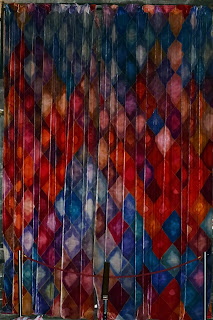 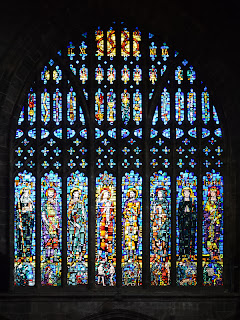 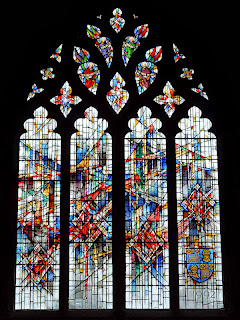 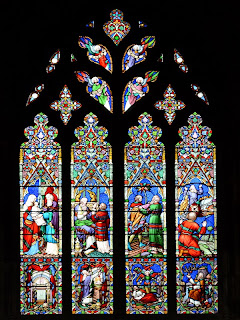 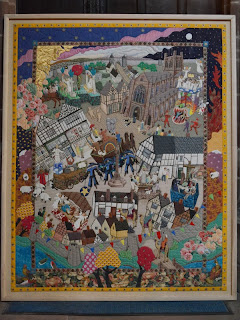 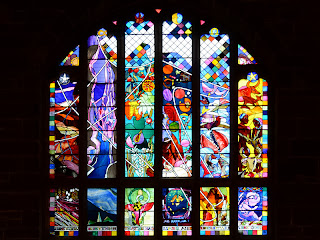 The rest of our time proved no less disappointing- we spent time at the free Grosvenor Museum. It has a fantastic collection of original Roman gravestones that originally would have been outside the city walls- at some point later in time they were used as infill in the wall repairs which also guaranteed their preservation.

This little fella just made me go aww- I don't know for sure but would imagine that if refers to the fact that Chester Zoo is the national breeding centre for elephants- to see the little ones gambolling around playing is just the most enchanting thing. How would I know this- why I had one of the biggest elephant fans on the planet for many years. All his toys were elephant themed! 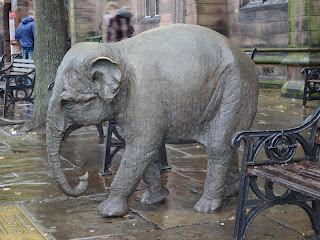 And finally because it just made me smile! 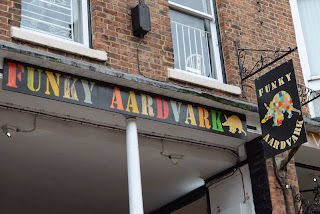