Now it's tennis time again Pimms is back in vogue. Originally it was invented by James Pimm in 1840. He was the owner of an oyster bar in Poultry Street, London. It was intended as an aid to digestion and contained both gin and quinine. The No 1 cup derives from when it was sold in a small tankard known as a No 1 cup. There were other cups available as well- no 2 was Scotch, no 3 was brandy [now known as Winter], no 4 rum, no 5 rye and no 6 vodka.

Reading around on the internet these days the accompaniments are slices of orange, lemon, strawberry, apple, cucumber and a few sprigs of mint. All or a combination of some will suffice apparently. When it was first served it wasn't such a colourful affair- simply lemon and borage. 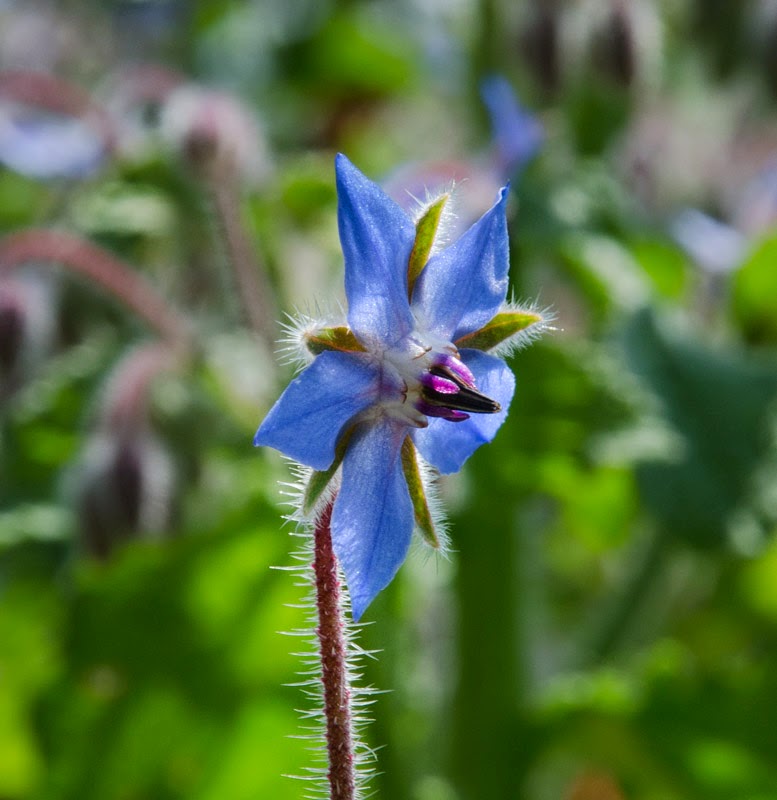 It would seem our ancestors knew a thing or two about borage long before the invention of Pimms for it's been known since Roman times for its cheering properties. Read recently at Michelham Priory the information board has the following little gem "The Leaves and flowers of Borage put into wine make men and women glad and merry and drive away all sadness."