Off With His Head!

Those words made oh so famous by the Queen of Hearts. However, at the Church of the Holy Sepulchre in Warminghurst, West Sussex they are literally true!

This is the 16th century brass memorial to Edward Shelley who died in 1558. Shown alongside him are his wife and seven sons. 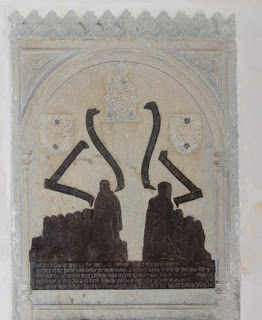 Possibly not all that unusual for the time but if you look more closely you will see his son Edward Junior is missing his head. 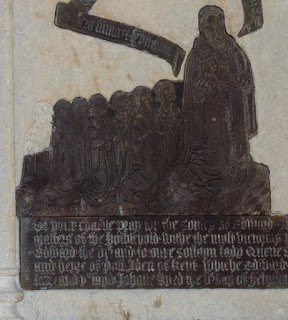 This was not an accident but done deliberately. He committed an act of treason during the reign of Elizabeth I for sheltering Catholic priests and was hanged at Tyburn in 1588 . The damage to the memorial marks his crime. He was beatified in 1929 and his saint day is 30th August.