Otherwise known as Christ Church College. Established in 1546 it is one of the largest of the Oxford colleges and has produce 13 British prime ministers. I love nothing better than a free entry to places, but sometimes it literally pays to stump up for an entrance fee and this was one of those occasions.

A few random shots to give you a flavour of our visit to the college and cathedral. 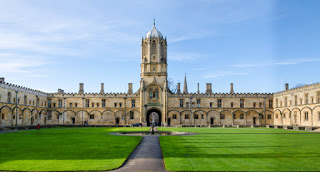 The stunning 17th century fan vaulted ceiling on the way up towards the Great Hall. 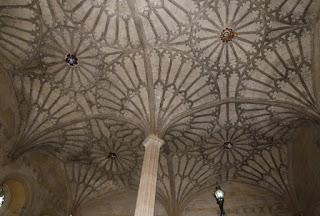 A studded protest against the Home Secretary Robert Peel [a Christ Church man] from 1829 after he proposed greater freedom for Catholics. 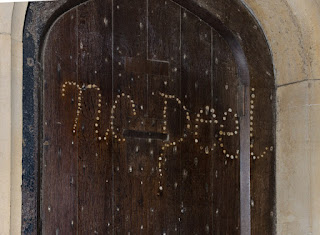 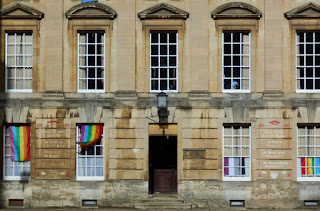 Inside the cathedral the tombs which caught my eye. Firstly James Zouch who was a scribe [d1503] as shown by the inkhorns and pencases, followed by John de Nowers [d1386] who, at 6'6", would have been extraordinarily tall for the time and finally Lady Elizabeth Monacue. The figures depicted around her still colourful tomb are depictions of her ten children...sadly the Reformation bully boys misinterpreted them. Believing them to be angels and thus examples of Catholic idolatory, they carried out a pretty good hatchet job on them. 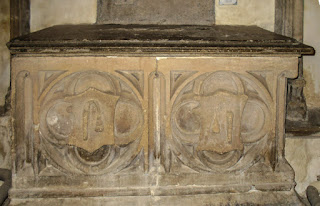 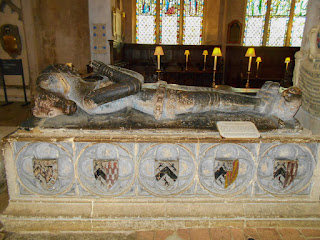 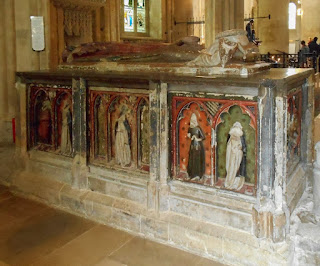 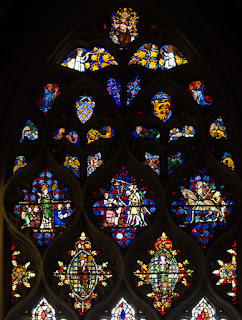 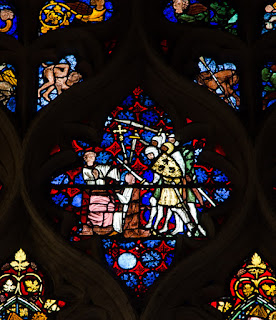 This is known as the Jonah window and dates from 1630s. It was made by Abraham van Linge and is a combination of exquisitely painted glass for the depiction of the city of Niveveh and stained glass for the Biblical figure of Jonah 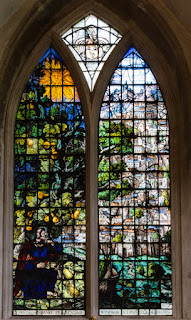 Two very nasty, malevolent looking bench ends. Frankly I don't think I'd want to come across either of these characters on a dark night! 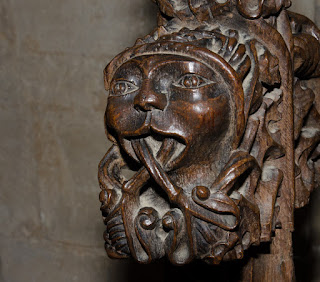 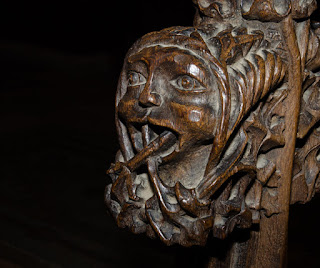 To end and show that the cathedral is still evolving, this is a recent piece by Jim Partridge from 2000 called the Bell Altar. It's dedicated to Bishop George Bell who opposed the bombing of German cities in WWII. The cross near it was cut from the underside of the altar. It's in sharp contrast to the more richly detailed pieces around it but its clean lines and pared back appearance was part of its appeal for me. 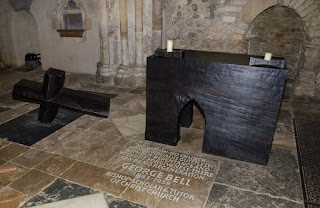 Phew and that chaps is Oxford finished. On to other adventures and more nonsense!