The teenogre is off gallivanting...a geography field trip to Pompeii no less. Jealous...moi? Of course I am! The upshot of such a jolly is one's parents kindly take you to Gatwick on Mothering Sunday for your flight so whilst in the vicinity of said airport we thought we'd knock another place off my list of want-to-sees.

This is St Nicholas at Worth just a couple of miles up the road and reputedly the 4th oldest church in the country. Definitely in the top ten said the vicar wryly as he left but he wasn't sure that the actual placing could be that accurate. Originally it would have been in the middle of the forest of Anderida but now it sits on the outskirts of the urban sprawl of Crawley and the other villages it's swallowed up in its expansion. 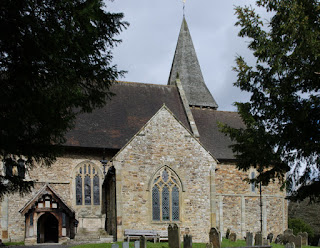 The church is an amazing Saxon survival with much of the original structure still intact. The far end is actually rounded by the chancel but it was difficult to photograph from the outside as there was a notice asking people not to walk on the grass. This is the interior view of it with the contemporary arches. 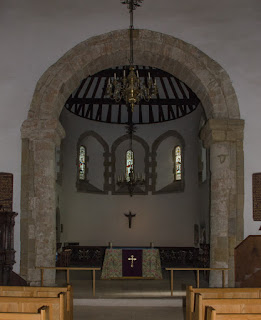 Again Saxon windows- placed deliberately high to deter marauders and give protection to those seeking safety within its walls. 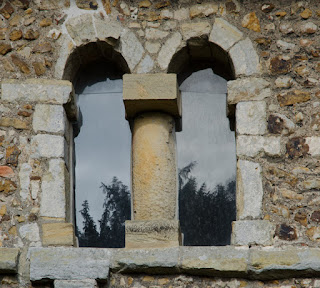 I was particularly pleased to see my first genuine Devil's Door- a North blocked door which is a "tradition" supposedly peculiar to Sussex. I use the term lightly as there is a lot of debate as to whether such a course of action was ever truly followed. There may well have been a far more mundane reason for it being closed up permanently. I touched upon the topic in this old post here http://gnatbottomedtowers.blogspot.co.uk/2015/03/downland-poddle-part-two.html The South Door gives a better idea of the original height. It is thought it may have been to enable a rider to enter on horseback without needing to dismount. Again though this is pure conjecture. 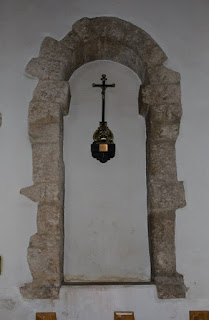 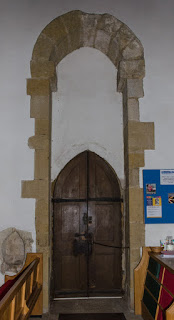 The charm of the place really lies in the architectural details. There isn't a great deal of note otherwise although it's perfectly pleasant. It does however, have the grave of Mr Robert Whitehead who was the inventor of the torpedo and the great grandfather of the Von Trapp family. 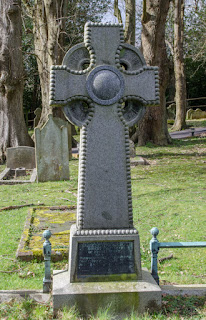 A brief but enjoyable sortie.