All Singing and Dancing

It's coming up to five years since I joined Mythago and it's still one of the best things I've ever done. Over the last two years there's been an increased flow of creativity....music for dances has been rearranged or combined with other tunes, old dances have been tweaked and new dances added [we have a repertoire of at least 30 and we have to memorise them...eek!]. However, by far and away the most exciting thing which has happened recently is a new story has been developed and it's been a privilege to see the process in action. The funniest thing was that there hadn't really been any discussion or planning for it it's just happened really quickly.

This weekend has seen the first two proper performances and as a first we've added in singing. No one was more surprised than me when I volunteered for this new twist and although very intimidated by standing on a stage with a microphone, I lived to tell the tale! The photos are from the Weald and Downland's Tree Dressing Event with our unseasonal tale of John Barleycorn....it was quite refreshing to take a breather from all things Christmassy if the truth be told. No singing from me this time...with a smaller side I was back in my more familiar territory of dancing instead. The costume was made by my friend Ice Badger. 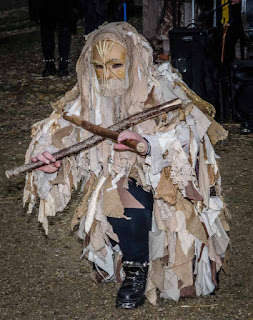 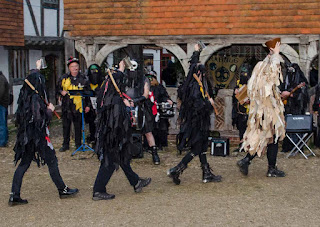