A couple of incarnations. 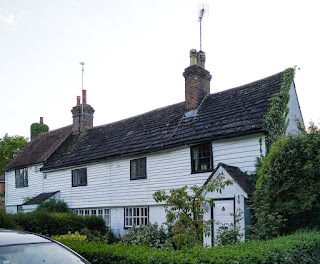 This rather attractive row of cottages was once a local pub in Horsham called the "Dorking Beacon", but nowadays they are private homes. About a 100 years ago the pub moved into a new building next door, but as you can see it's now called the "Dog and Bacon". 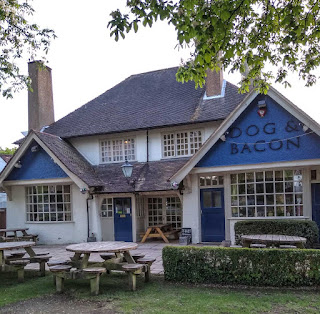 The original name change wasn't down to some brewery's fancy whim following a takeover, but evolved into its current incarnation because of the thick Sussex dialect which made it sound like the "Dog and Bacon" and thus it stuck. 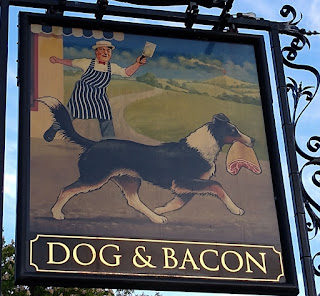 Why the "Dorking Beacon" though in the first place? Having never noticed it myself, someone on the local FB group pointed out that the sign still has the Dorking Beacon depicted on it in the top right hand corner. 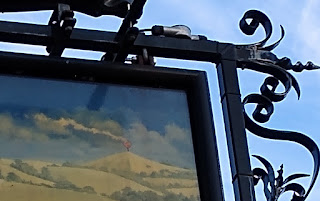 Apparently the beacon [or bonfire] could be seen from the upstairs window of the pub and seen in the far off distance if you were heading towards Dorking from our town centre. In my day the pub's nickname was "The Woof and Oink" for slightly more obvious reasons and any history I might remember back from those days is not going to be shared here anytime soon😉😀